There are a lot of critiques about LGBTQ+ representation in the Harry Potter series. Most of this criticism points out that there is no explicit LGBTQ+ representation in the original series. As a person who is a part of the LGBTQ+ community, I feel this disappointment. But as a budding historical scholar, I also see many of the judgments against the Harry Potter series may use what is called historical perspectivism, which many simply call perspectivism.

Perspectivism is making judgments on the past using a modern understanding of the world. For example, some people want to pull The Adventures of Huckleberry Finn from schools because it has racial slurs. But taking away our modern understanding, one sees Twain wrote the books with those words because they were used a lot in those days. People who read The Adventures of Huckleberry Finn now see that language and can understand how deeply rooted inequality and racism were in the Antebellum South. 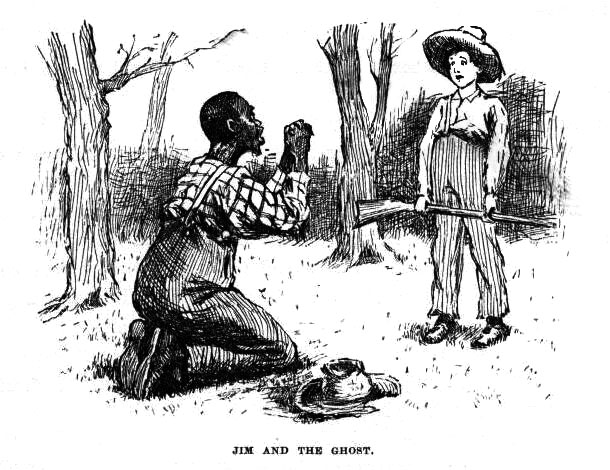 This perspectivism applies to gender identity and sexual orientation diversity in Harry Potter because the story was planned, plotted, and written at a time when LGBTQ+ identities were not widely accepted in mainstream culture. While all gender identities and sexual orientations have existed across the world for millennia, colonial and imperial forces – as well as Victorian ideals of a family – silenced and pushed those who were not cisgender heterosexuals into the margins by making laws against their identities. During the latter part of the 20th century, these groups began in earnest to come out of the shadows and advocate for their rights in very public spaces. But their presence in public spaces was not always accepted, and the 1990s was a time when there was a lot of anti-LGBTQ+ sentiment.

Harry Potter and the Philosopher’s Stone was released in 1997 when there had been minor strides with LGBTQ+ acceptance. It had been ten years after the World Health Organization stopped classifying homosexuality as a disease. It had been six years since Princess Diana made a speech telling the world to hug AIDS patients. But there was still plenty of progress to be made for LGBTQ+ equality. In 1997, same-sex marriage was not legal in any country. The US military’s “Don’t Ask, Don’t Tell” policy had been in effect for four years. The world was finishing its 50th-anniversary remembrances of WWII and the Holocaust, most of which either ignored or barely mentioned the persecution and murder of thousands of LGBTQ+ individuals at the hands of the Nazis. Philosopher’s Stone was published the same year Ellen DeGeneres came out on her television show and in real life and faced an enormous backlash that negatively impacted her career. In 1997, having any openly gay characters would have ensured the book never saw the light of day, especially at a publishing house like Bloomsbury.

I can see the perspectivism argument for the Harry Potter books, but that argument stops having any validity after the original series. I can offer no defense backed by historical reasoning for not including characters with diverse gender identities and sexual orientations in the new wizarding world works. It is disappointing that the new iterations of the wizarding world continue to reinforce heterosexual relationships and cisgender characters. Times have changed. These underrepresented groups are finally starting to be seen in mainstream culture and media. But there still needs to be more representation, especially when considering the time and canon surrounding these new releases. Harry Potter and the Cursed Child begins two years after same-sex marriage was legalized in the US and three years after it was legalized in the UK. J.K. Rowling declared that Dumbledore is gay over a decade ago, yet the only time this aspect of Dumbledore’s identity has been hinted at is the glance in the Mirror of Erised during Crimes of Grindelwald. Fans are ready to see more than that. Fans want to see more than that.

On the bright side, other authors are bringing LGBTQ+ representation to magical realms. Rainbow Rowell is currently working on the third book of her series about a male wizard who gets a boyfriend in the process of saving the world. Many others have written magical or fantasy books with LGBTQ+ representation. For those on a tight budget, many free fan fiction sites are filled with writers who have sailed many LGBTQ+ “ships” to create the diversity they want to see in the Harry Potter series, “Drarry” being one of the most popular. Ultimately, the lack of LGBTQ+ diversity in the original series reminds us that the past was not as accepting of the LGBTQ+ community in mainstream culture as society is today. The inclusion of LGBTQ+ representation in new magic-related material shows the progress of social and political justice campaigns. This progress came about in part because the Harry Potter generation grew up and became advocates for acceptance in social and political spheres, using the lessons the series taught: the power of love, empathy, compassion, friendship, and fighting for what you believe in. As long as we follow those lessons, we can continue fighting for equality for all people. 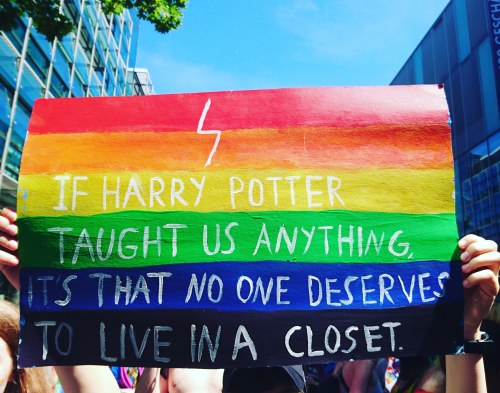