The Wizarding World may only be the third-highest-grossing film franchise of all time, but it certainly has countless records to its name. Among them, the Harry Potter books were the first fantasy novels to be successfully produced into theatrical films and the first book-to-screen series to cross the billion-dollar threshold.

Since then, we have seen multiple endeavors to replicate the unprecedented success of Potter, but none have garnered the same widespread fame that it still enjoys. Percy Jackson, the best-selling Greek mythology series, tanked twice at the box office, with author Rick Riordan himself expressing his hatred for the movies. The Mortal Instruments: City of Bones, based on the thrilling series of the same name, was equally derided by critics and fans alike. In both cases, movie adaptations of the third novel onward never saw the light of day. It’s almost as if Potter‘s critical acclaim has jinxed any future movie adaptations from rivaling it in popularity. 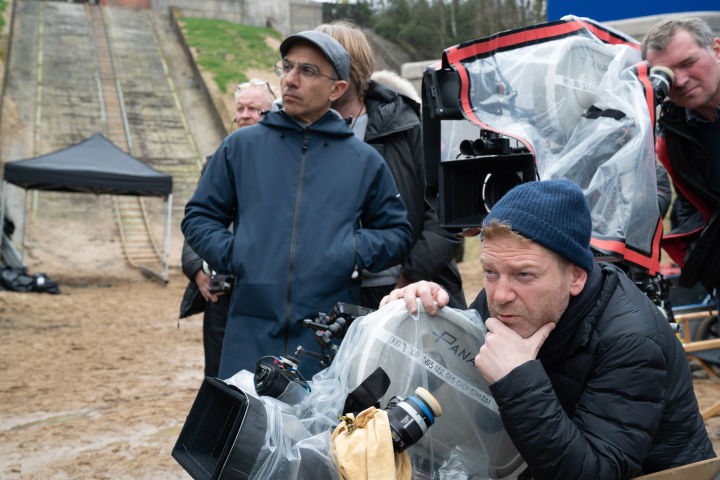 The latest filmmaker to rise to this behemoth challenge is none other than Sir Kenneth Branagh (Gilderoy Lockhart). He is the director of a feature-length adaptation of Artemis Fowl, which was released today on Disney+. The Academy Award-nominated director is no stranger to accomplishing seemingly impossible cinematic feats: Despite the fact that Shakespeare has gained considerable notoriety for its inaccessible nature, Branagh has successfully directed not one, but six adaptations of Shakespearean plays. Speaking to ComicBook, Branagh expressed his concern about the massive challenge that awaited him.

The difficulty with these things, particularly when you have the massive shadow of the gargantuan success that Potter is, is that they can be intimidating, so I think anything that follows is tricky, but we’ve given it our best shot. The material’s there, the performers are great, and if the audience wants it, we’ll be coming back at them.

One thing that significantly helped Branagh through the process was the book series himself, which he praised as “a modernist thriller with folkloric origins rather than a gothic mystery.” The story’s suspenseful plot and the captivating universe helped him make Artemis Fowl stand out.

You do think about it in the sense that the people thought about it with almost every young adult novel series after Harry Potter. Every publisher was hoping to find the new Harry Potter. A new goose with a different golden egg. If any of the same elements or qualities were there – magical backgrounds or whatever – people were very suspicious and quick to call them derivative. I think Eoin completely jumped over the wall of that kind of concern. Because there was such a lovely anarchy in his storytelling. It’s very Irish. There’s lots of lateral thinking, lots of character stuff that’s just there for its own sake.

Branagh also made the conscious decision to avoid Harry Potter, choosing instead to draw heavily on his breakout directorial movie, Thor, for inspiration. In an interview with IGN, he shared the many parallels between the conception of Thor and Artemis Fowl.

I had some experience of it, making the film of Thor, where a very contemporary feeling – still heightened world of science – is right next door to a world of magic. The way those things interrelate has always been very fascinating to me, because it means you can be poetic. … I always find myself drawn to a sort of balance between that and then emotional content, which we’ve chosen to really try and emphasize in the books. … It was the same with Thor.

Kenneth Branagh and the stars of “Artemis Fowl” on set.

The similarities between Harry Potter and Artemis Fowl aren’t hard to find. Not only are both set in magical worlds with fantasy elements, but Artemis Fowl was also published at the height of the Potter craze. Only time will tell whether Branagh will be able to add Artemis Fowl to his prolific list of successful films or if it will fall victim to the same curse that claimed many of its predecessors.