Hello there, and welcome back to your Daily Prophet coverage of the Tokyo 2020 Wizolympic Games! I’m Hiltrude Tuft, here at the synchronized troll swimming finals, a much-anticipated – or should I say dreaded – event after the results of the 2016 competition.

The Tokyo Organizing Committee of the Wizolympic Games has constructed a large, caged-in swimming pool for the event, this time with the audience on the outside of the cage (they learned that the hard way). We have 2016’s returning champions, Bermuda, back to try for two wins in a row. Bermuda wowed the Rio crowd and won a landmark score of 28/30. Also returning, though probably hoping to improve on their score of 3/30, is the team from France. Trainer Bridget Bourdieu looks quite relaxed as she gives her team a pep talk. Maybe she’s confident in a win? We’ll have to see! New to the Wizolympics troll swimming competition but nonetheless determined to make a name for themselves is the team from Italy, led by trainer Francesco Giordano. He looks a bit nervous, I think I see a shaky wand hand there, but we’ve heard good things about his methods. 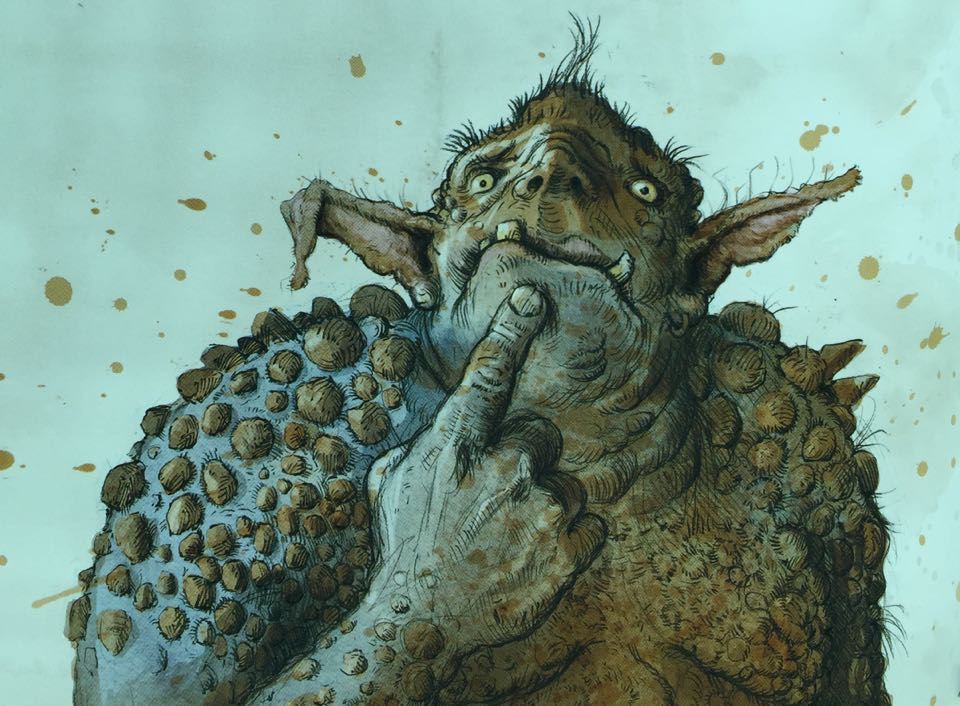 It seems we’re on our way! First up are reigning champs the Bermuda team. It seems they’ve chosen to blend two of their musical traditions, calypso and bagpipes, in a somewhat cacophonous but nonetheless catchy track. Off they go. Good thing they installed the overflow drains – those trolls cause quite the splash! They are living up to their title with a complicated but rhythmic performance with, I must say, flawless synchronicity. I’m quite impressed! With a splash-bang finish, that’s the end of their number. That will be hard to beat. The judges’ votes are in and they’ve scored a record 29/30, breaking their own world record! Well done, Bermuda!

Next up is the team from Chile – also new to the competition – in matching pink- and green-striped tutus. They’ve gone for a techno song here. Yes, even some of the audience members seem to be bopping along. It looks like we’ve got some pretty varied skill levels on this team… Four of the seven trolls are in the pool and enacting what would have been quite the routine if the other three trolls were participating. Alas, one of them has removed their tutu and is trying to strangle the coach with it while the other two have found a weak point in the cage and are trying to escape. Yikes! I sure am glad there’s a security team on hand, although – ouch! – they’ve taken one out already. Well, the song is over, and though I’m sure the four dedicated swimmers put on a lovely performance, the judges are flashing some pretty low numbers as they race for the exit. Yes, the final count is -6/30, the first-ever negative score in this sport’s history. At least their tutus are still looking starched as a ballerina’s on opening night! 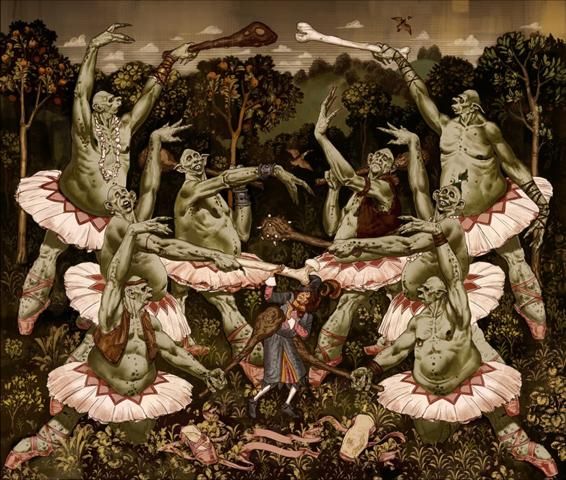 Now that the security wizards, several members of the audience and ahem, myself, have managed to get the rogue Chilean trolls under control, the French team is taking the pool in concert with the wobbling strains of Europe’s own Witches4Sawz, the musical saw orchestra that’s taking the continent by storm. In 2016, Bridget Bourdieu’s team spent more time attacking each other than swimming, but it looks like rigorous training and some rather harsh words, if I’m hearing her shouts right, have really got this team on form. They’re somersaulting and twirling in time with the music if you can call it such, though their routine seems to feature quite a lot of bums in the air, which is a bit unexpected. Well, it seems like the judges enjoyed the view! Or at least they’re relieved this team isn’t trying to rip their arms off. They’ve awarded France 20 points out of 30.

Finally, the Italian team takes the pool. Where did Francesco Giordano get to? Is that him hiding behind the towel rack? This doesn’t bode well. He seems to have gone with a more traditional choice of music. The voice of celebrated Italian soprano Venetia Valentino is floating across the water singing her #1 Wizarding Wireless Network hit, “Danza dei Mostri.” Unfortunately, it doesn’t seem like we’ll hear more than that first iconic line “Attenzione ai Mostri.”  The Italian troll team is drowning her out with its splashes and roars. The trolls seem to be more interested in headbutting each other than swimming, though at least it’s in time! No wonder Giordano is hiding. Here come the security wizards. The song hasn’t ended, but the judges are already presenting their scores. Italy has been awarded 5/30. Not bad, actually!

So with a whopping 29 points, Bermuda once again takes home the Galleon, followed by Chile with the Sickle at 20 points. Italy brings up the rear with 5 points, though the judges are refusing to present them with their Knut medals on account that they are still raging and splashing around the pool. Who can blame them?

Thank you for joining us today. Once again, I’m your Daily Prophet correspondent, Hiltrude Tuft, signing off from the Tokyo 2020 Wizolympic Games!