“Puzzles & Spells” Has Arrived! We’re Psyched… and So Is Zayn Malik 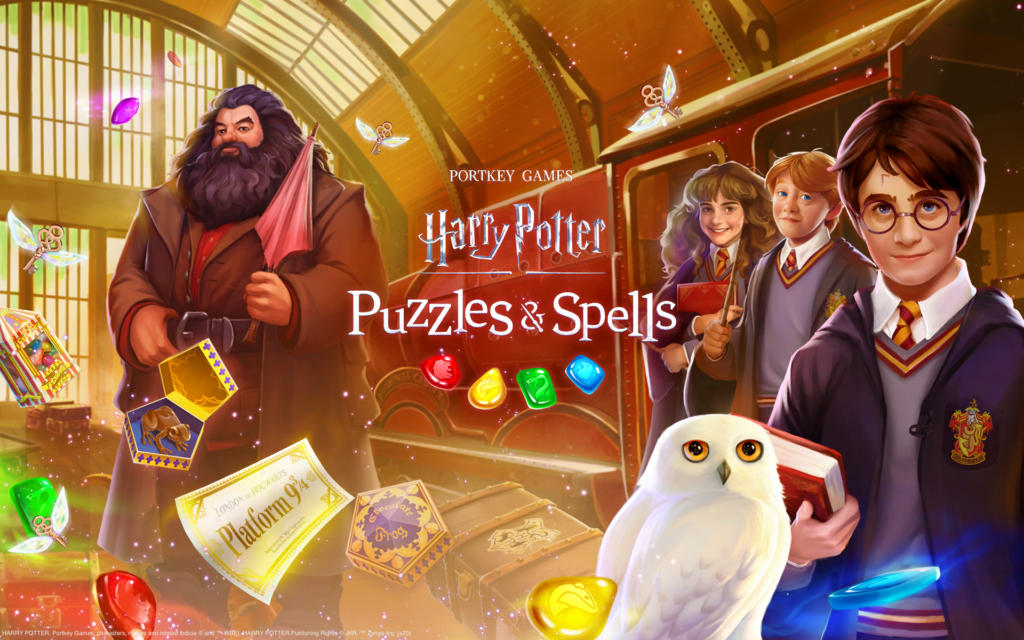 It’s been nearly seven months since MuggleNet first let you know about the new match-three title from Zynga, and the latest addition to the Portkey Games label is now celebrating its global launch. You can download the game now on your Android or iOS device, and there are two alternative options as well: Kindle and Facebook.

As far as gameplay goes, Puzzles & Spells is representative of Zynga’s many other match-three offerings but has some added features that will certainly appeal to Harry Potter fans. Music and sound bites are taken directly from the film series, and the game follows Harry’s journey chronologically, with early scenes progressing from Privet Drive to platform nine and three-quarters to the Hogwarts Express.

Obstacles and power-ups are also heavily Potter-themed. You’ll find kegs of butterbeer waiting to spill onto the game board, clusters of Bertie Bott’s Every Flavor Beans, Chocolate Frogs leaping about, and winged keys ready to help you clear needed squares. As you play, you’ll earn and upgrade spells that come in handy in sticky situations, and collecting cards unlocks a wide variety of creatures – from rats and toads to Pygmy Puffs and phoenixes – that can be activated to lend a hand.

Daily rewards and events are also available, and you can make your gaming a team effort by joining a club and collaborating to move up the leaderboard and earn additional perks. Make sure to check your club page often to socialize with your newfound friends and request – and gift – extra lives.

When the Harry Potter series first came to theatres, it was one of those rare moments when everyone was reading the same book, talking about the same film and coming together around a shared experience. ‘Harry Potter: Puzzles & Spells’ honours fans’ connection to the series with a mobile game infused with the standout moments and delightful Wizarding World flourishes that have captivated a global following. The feedback from soft-launch has been outstanding, and we can’t wait for fans around the world to play.

Dumbledore approves! And so does platinum-selling recording artist, gamer, and Potter fan Zayn Malik, who offered his review in the video below: 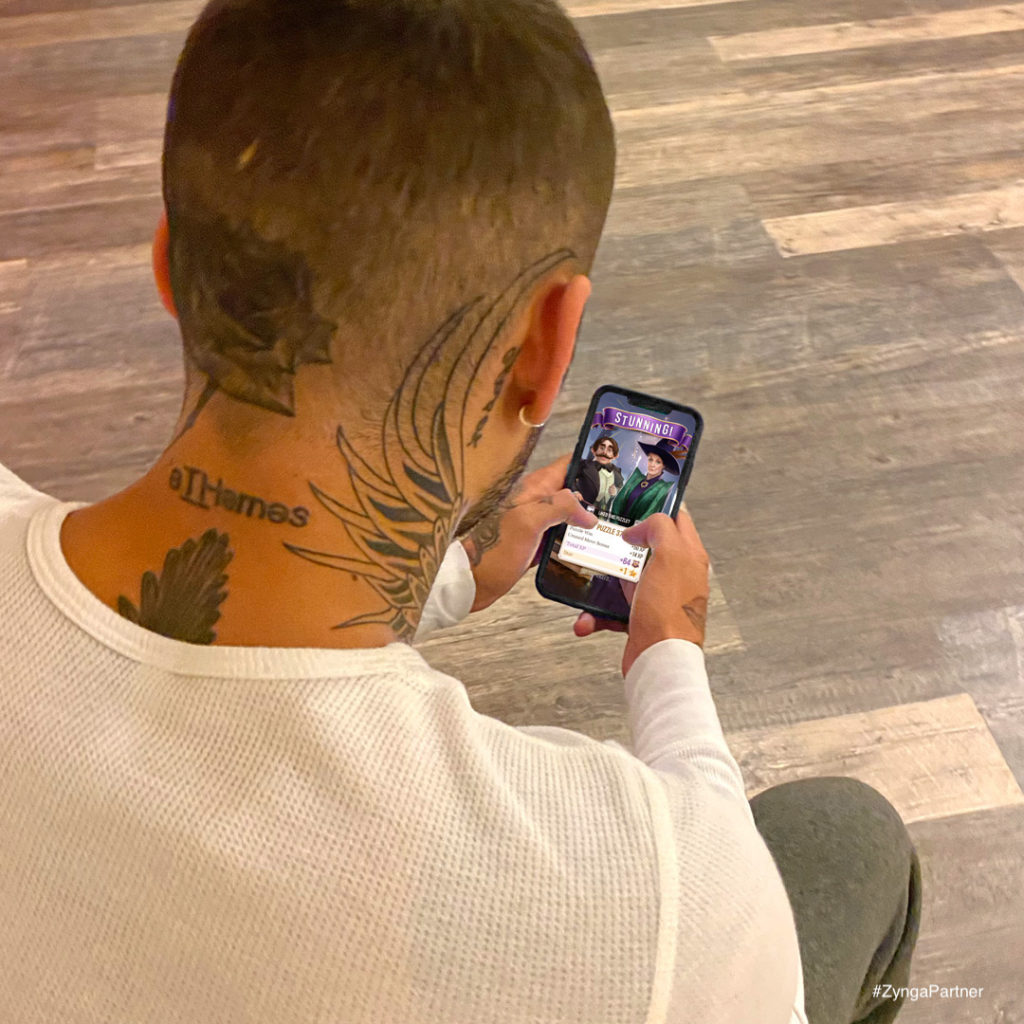 We’ve also been playing the game for a couple of months as part of its final beta test on Android and can offer up a few tips that will help you hit the ground running. Other than that, enjoy the official trailer below, get busy downloading, and let us know in the comments what you think!

“When the Harry Potter series first came to theatres, it was one of those rare moments when everyone was reading the same book, talking about the same film and coming together around a shared experience,” said Yaron Leyvand, Senior Vice President of Games at Zynga. “Harry Potter: Puzzles & Spells honours fans' connection to the series with a mobile game infused with the standout moments and delightful Wizarding World flourishes that have captivated a global following. The feedback from soft-launch [sic] has been outstanding, and we can’t wait for fans around the world to play.”

“Mobile games have never been more popular or more important to people than they are right now. People are playing games for entertainment, [for] relaxation and as an accessible source of comfort and connection,” said Bernard Kim, President of Publishing at Zynga. “With Harry Potter: Puzzles & Spells fans will immerse themselves in the magic, puzzles and wonder of the series and create Clubs to collaborate and connect with others [sic] fans of the Wizarding World.”

In Harry Potter: Puzzles & Spells, players enter a [m]atch-3 adventure brimming with the spells, humour, colour and characters of the Harry Potter series. Featuring the soundtrack and voiceover recordings from the original Harry Potter films, fans follow an authentic, mobile retelling of Harry’s journey through the Wizarding World. Earning spells and special boosts as they advance, players solve [m]atch-3 puzzles populated with hopping Chocolate Frogs, fluttering Winged Keys, battling wizard chess pieces and other unexpected obstacles and objects. Between colourful puzzles, players will be treated to iconic moments from the narrative, such as Harry’s journey on the Hogwarts Express, Hagrid’s magical creatures and Hermione casting the Wingardium Leviosa spell.

Building their magical aptitude, players earn spells, power[-]ups and experience points as they progress through the game to level up their skills and in-game personas. Players can also earn powerful rewards by completing Daily Events that reference a multitude of moments from the Harry Potter series. In the spirit of the camaraderie and friendly competition of Hogwarts, players can join or form clubs with other fans to socialise, collaborate on puzzle strategies, share lives and vie for prizes in exclusive Club Events. For the next seven days, players who download the game will instantly receive the Welcome Bundle, containing in-game gold, extra lives, and special Quidditch [g]oggles to customize their avatars.