Quidditch Australia has announced that the Quidditch Australia National Championship, QUAFL 2020, won’t happen this year due to the negative effects of the COVID-19 pandemic. The tournament was planned to be held in Queensland, either on the Gold Coast or at the University of the Sunshine Coast (USC).

The main reason is that there are very different current conditions for playing Muggle quidditch in different regions of Australia. Quidditch Australia divided the plan for resumption of play into a few steps, which are similar to guidelines on return to play in the United States. Currently, three regions – Australian Capital Territory (ACT), South Australia (SA), and Western Australia – are in the last step, Step 4. Teams can have practice outdoors and indoors with an unrestricted number of people. Players can even have contact training with falling, wrapping, snitching, and tackling. 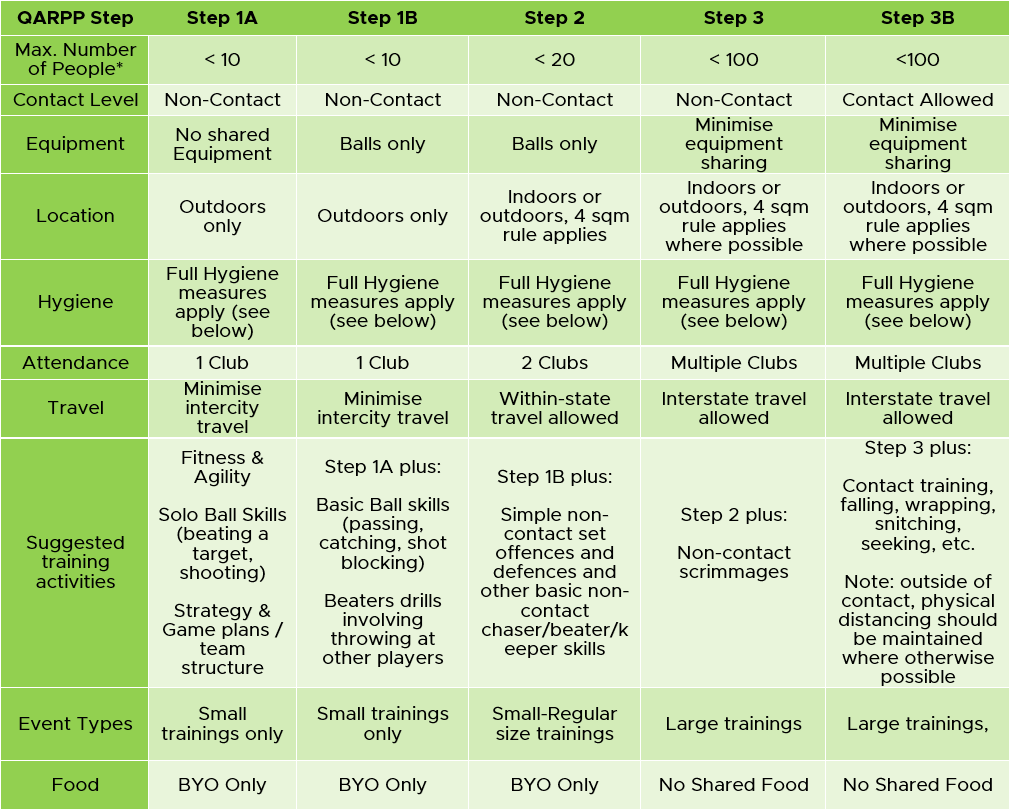 The number of people is the main difference between Step 4 and Step 3B. Trainings are permitted to have only 100 people, at a maximum, in Step 3B. This is the current step for two regions, New South Wales and part of Queensland. The situation in Queensland is a little complicated because when it looked like the region would move to Step 4, minor flare-ups appeared. It resulted in new restrictions in a selected part of the state. This is the reason why Queensland is divided into two parts, USC and Brisbane, as of September 7. Brisbane is currently in Step 1B, while the teams of USC are in Step 3B.

The worst situation is in the region of Victoria. Teams are not even in Step 1, and quidditch is completely suspended. There is a presumption that competitive play and tournaments won’t be able to happen in Victoria until October or November. In that case, teams wouldn’t have enough time to train and prepare for tournaments.