At MuggleNet, we love admiring all the wonderful fan art out there. One Indian artist, Saptarshi Dey, has taken his love of film and combined it with a traditional style of painting called Patachitra, and his works include a Patachitra version of the poster for the first Harry Potter film!

The Indian Express reports that Dey, who is based in Kolkata, explained that the Patachitra film posters started off as a request from a friend for an advertising campaign. While Dey noted that the posters were never used for the campaign, he explained that all was not lost.

Patachitra is a vast art form that is known throughout the country. In 2009, I travelled through various villages of West Bengal and Jharkhand to [learn] about different Patachitra styles. I’m lucky that I got a project like this where I could utilise those learnings.

The Indian Express also explained the origins of the Patachitra style of painting:

A traditional style of painting, Patachitra is believed to have originated in Odisha, and through the intricate style, artists create hand-painted works on cloth-based scrolls usually depicting mythological scenes or traditional folklore. The colours primarily used are natural and earthy like blue, white, [and] red, a palette Dey also stuck to.

Check out the Patachitra tribute to the Harry Potter films! 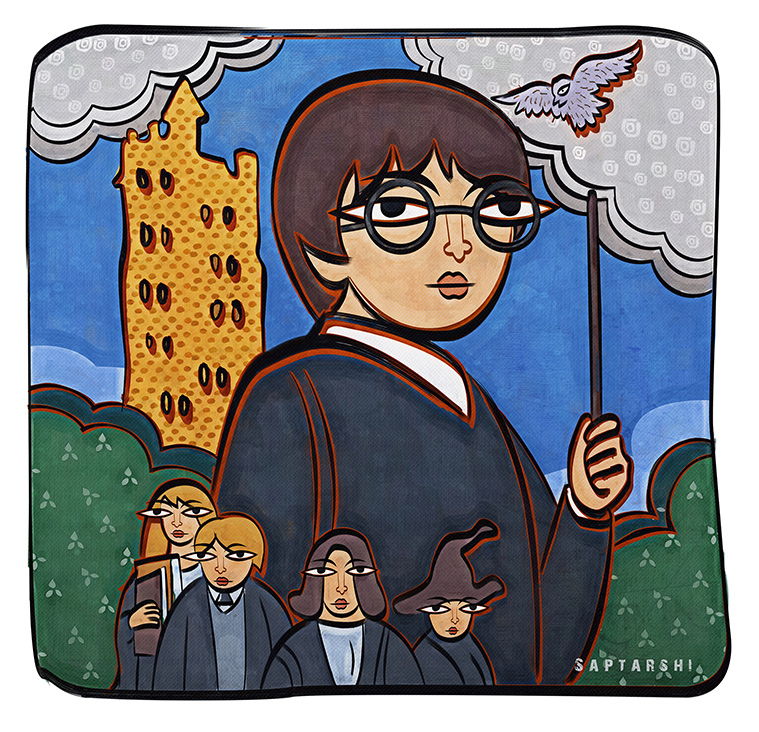 Some of Dey’s other film tributes, as showcased by the Indian Express, include Patachitra pieces inspired by Titanic and Avatar. What do you think of his work? Tell us in the comments below!