UPDATED: Release Date and Tom Felton’s Role in “A Babysitter’s Guide to Monster Hunting” Are Revealed

It looks like we’ll have to wait one more day to see Tom Felton in action as the Boogeyman. MuggleNet was notified by a representative of the film’s marketing team via email that the release date has been moved from October 14 to October 15.

While discount Sirius Black does his 12 years of waiting in Azkaban, fans only need to wait one more month for Tom Felton’s new film, A Babysitter’s Guide to Monster Hunting. Netflix has announced that the horror film will be released on October 14, as part of its “Netflix and Chills” lineup for the spooky Halloween holiday. 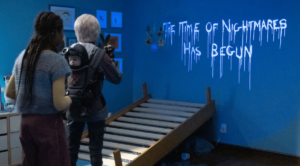 The time of nightmares has begun… are you ready to face your fears?

In our previous announcement, we unveiled the plot of A Babysitter’s Guide to Monster Hunting:

The show will be based on the first book in the series by Joe Ballarini. The story follows Kelly Ferguson, who is a first-time babysitter. The child she’s supposed to look after gets kidnapped by the Boogeyman. While she tries to get the child back, she discovers that there is a secret society of babysitters who actually make it their job to protect children from an entire world of monsters. Ferguson soon finds out that she is going to have to fight more than just the Boogeyman to get the child back.

Now, it has been revealed that Tom Felton (Draco Malfoy in the Harry Potter films) will be portraying the ominous villain, the Boogeyman. In the original novel, the Boogeyman, whose real name is Grand Guignol, leads the monstrous Toadies to hunt down and kidnap unsuspecting children with special powers to create a bleak nightmare full of monsters. We should expect Tom Felton’s character to share a similar story line! 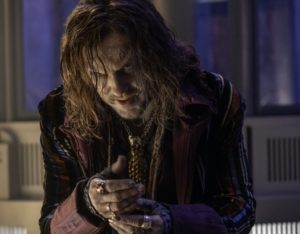 Our first glimpse of Tom Felton as the evil Boogeyman has arrived. Any guesses on what’s in store for him? 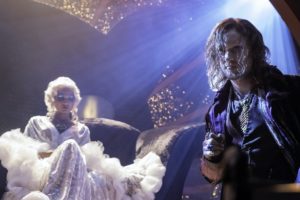 This adaptation is written by the author himself. Rachel Talalay, who has worked on beloved shows such as Sherlock and Chilling Adventures of Sabrina, is the director, while Naia Cucukov and Ilona Herzberg serve as executive producers.

For all the horror lovers, this flick promises suspense, unexpected scares, and a thrilling journey. Will you be catching A Babysitter’s Guide to Monster Hunting when it hits our screens next month?

For a sneak peek of the movie, check out the recently released trailer!