Before taking on the mammoth task of adapting the then already hugely popular Harry Potter books, Chris Columbus could already boast of making movie magic in two of the highest-grossing Christmas films of all time, Home Alone and Home Alone 2: Lost in New York. We could not imagine the holiday season without obligatory reruns of his films. It would be safe to assume that he braved the wizarding world with confidence. However, in a recent interview, he revealed just how much pressure he felt to get it right. Let us revisit the birth of the Harry Potter films as told by the movie magus himself.

The reality is, the pressure of the world was upon us, and on me particularly because I knew if I screwed this one up, it’s all over. You can’t screw up this book.

The pressure was real, but the horror-turned-family flick director didn’t raise his voice at his (mostly very young) cast:

The first film was fraught with anxiety for me. The first two weeks, I thought I was gonna get fired every day. Everything looked good; I just thought if I do one thing wrong, if I f*** up, I’m fired. And that was intense. I didn’t let any of that show on the set; there was no frustration. I’m not a screamer; I get along with everybody, and I want everybody to feel like they’re part of the family, so I just had to hide that side of my emotions.

The first director’s cut was screened to a test audience in Chicago, Illinois, for good luck. It was an instant hit. 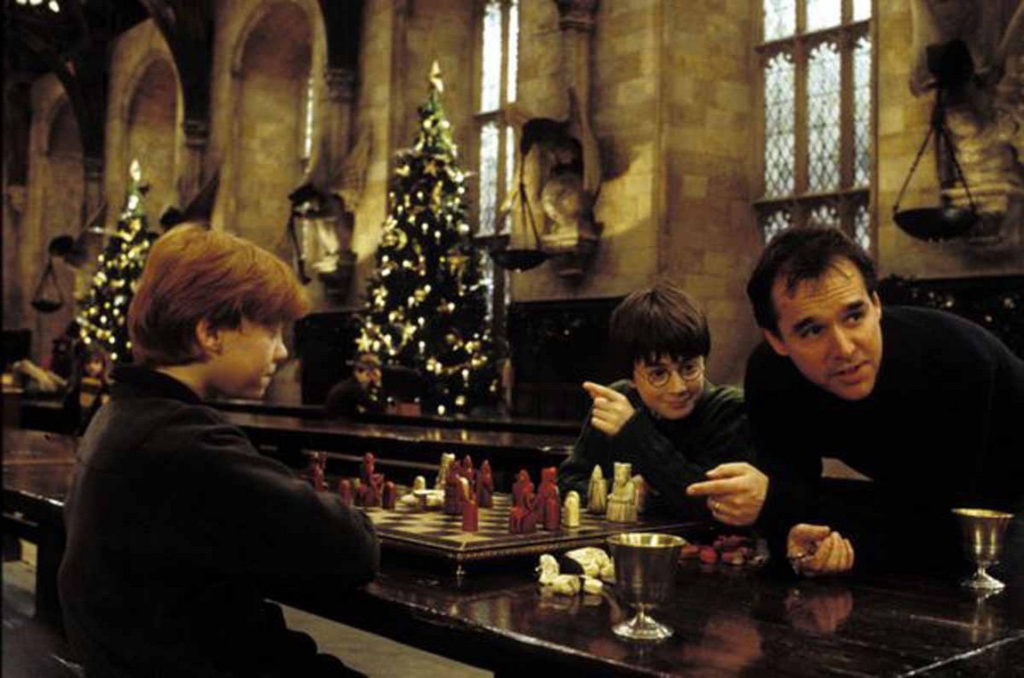 Returning for the second movie was a relief after the anxiety of Sorcerer’s Stone, which was shot back-to-back with Harry Potter and the Chamber of Secrets. After all, most of the main characters were played by child actors whose first job was at Hogwarts:

They were brand new; they had never been on movie sets, so they would say a line and they would look into the camera and smile. The first week, they were just so delighted that they were in Harry Potter; it meant the world to them, so they would just be smiling like they were in a trance. So that was something we had to overcome as well.

Columbus appeared on the Collider Connected series to discuss his career from Gremlins to The Christmas Chronicles. We learned about the difficulties of working with camera-shy future superstars like Daniel Radcliffe, Emma Watson, Rupert Grint, and Tom Felton and about the amazing stunt work that went into Columbus’s films before the age of CGI (cue us making Macaulay Culkin’s iconic shocked face).

Columbus also shared he originally intended to return to direct the last two movies in the Harry Potter franchise, but David Yates decided to stay on. How do you think Harry Potter and the Deathly Hallows – Parts 1 and 2 would have turned out in Chris Columbus’s vision? We will never know now.

But what we can tell you is that if you would like to hear more stunt stories, you can still listen to Daniel Radcliffe and his former Potter stunt double David Holmes’s podcast all about the daring and nerve of stunt performers. More in keeping with the holiday spirit, Columbus’s newest release, The Christmas Chronicles: Part Two, is available now on Netflix.