The United Kingdom’s theaters have not experienced such a damaging dark period as the one since March 2020. Just when it seemed like live venues could start to heal and reopen, another nationwide lockdown was announced to last until at least December. Several shows that have only just premiered have had to close overnight once again and play the waiting game. This includes the National Theatre, where Alfred Enoch has appeared onstage after his run as Dean Thomas in the Harry Potter movies. He spoke about his experience of the pandemic as an actor, the industry from the perspective of a Black British actor, and how his most recent play resonates with these difficult times.

It may both surprise and reassure aspiring performers out there that even successful actors like Alfred Enoch have had their fair share of career struggles. This pandemic has been devastating, but Enoch says his father and first-ever Doctor Who companion, William Russell, prepared him for a rocky road:

My father is an actor and said, ‘I’ve never had a year in my life where I’ve worked the whole year through.’ That stayed with me. Instability is part of the career. I’ve had times when maybe I did about ten days [of] work in a year and it was really difficult.

Hang on, isn’t he massively famous for his role as Wes on ABC’s hit crime show How to Get Away with Murder, where he played opposite Emmy, Oscar, and Tony winner Viola Davis? After Harry Potter, Enoch also had a role in the popular BBC Sherlock series, and he could often be found onstage in hit productions like Coriolanus alongside Tom Hiddleston or Red with Alfred Molina. “I’ve been really fortunate in that respect,” Enoch said about his steadily rising career since his success in television. 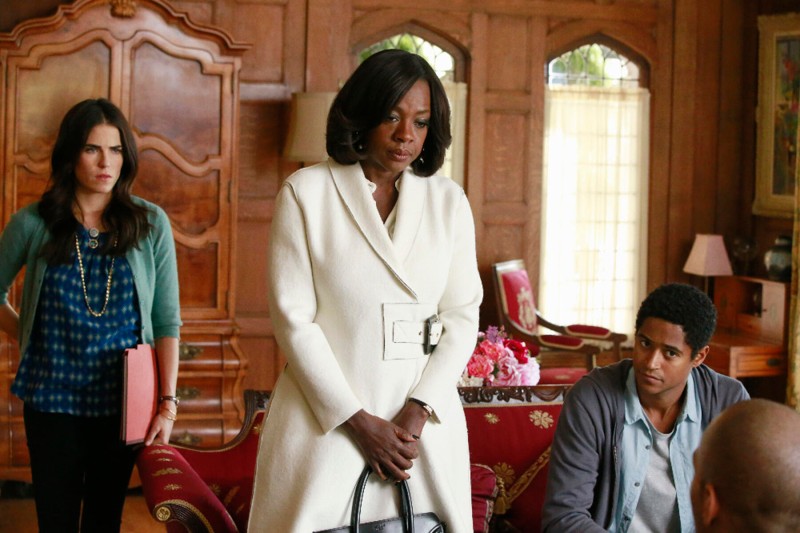 Karla Souza, Viola Davis, and Alfred Enoch in “How to Get Away with Murder” (Credit: ABC Studios)

Unfortunately, COVID-19 put an end to rehearsals for Romeo and Juliet with costar Rebekah Murrell and began a period of pandemic anxiety and Black Lives Matter protests. In light of this, Enoch reflected on the way race has factored into his career:

I had to go to America to get work, and that changed my career. There are more parts there for black actors. And there is a different kind of discourse around race, though I’m not painting America as some paradise on racial equality. That would be mad.

Britain makes a lot of period dramas — ‘Downton Abbey’, Jane Austen adaptations — how often are those roles opened up to black actors? So when you audition for a part that could be played by either a white or a black actor, the white actor might already be famous because he played, I dunno, Mr. Darcy. So they go, ‘Well, they’re both good, but everyone knows this person, and we need to sell it.’ It’s not that someone has gone, ‘We can’t have a black actor play this part.’ It becomes just economics.

The good news is that Enoch has had the chance to get back into the rehearsal room and play a part in Sarah Kane’s Crave, a play about the pressures of love, loss, and desire. Starring The Crown‘s Erin Doherty and directed by Tinuke Craig, the production was put on at Chichester Festival Theatre in front of a live audience while it was also broadcast to remote viewers until November 7.

Enoch says he missed going to rehearsals and that “to be able to come into a physical space and share is such a powerful thing.” It’s not just his lockdown beard that’s very 2020 about the play. “It really speaks to the experience of living through this pandemic unable to reach other [sic], and of lost connection,” he shared. “Everyday [sic] something happens in rehearsal, and I think, oh, that is going to ring out.”

To support Chichester Festival Theatre and for more information on Crave, feel free to visit the theater’s website.