A Letter to Arthur Weasley on Black Inventors

You’re being introduced to a lot of Black inventors this week, but there is one thing to keep in mind. The true contributions of Black inventors will never be known because there are a lot of writers like Rita Skeeter throughout history who, in the press and in books, distorted the truth or wrote outright lies about the contributions enslaved people made to technological innovations and inventions in early American history.

One famous example of this is the claim that Eli Whitney, a wealthy White man, invented the cotton gin. However, the University of Houston’s College of Engineering argues Whitney took the idea from an enslaved person known only as Sam, and Whitney filed the patent in his own name. However, popular belief and media, including popular history-related websites, leave out slaves from the cotton gin narrative. Sam is not alone, and there are enslaved people like Jo Anderson, the less talked about co-inventor of the mechanical reaper, whose contributions to the tool were ignored for years. It is likely historians will never truly know the contributions of enslaved people towards many colonial inventions as no one noted their contributions in the patent process. 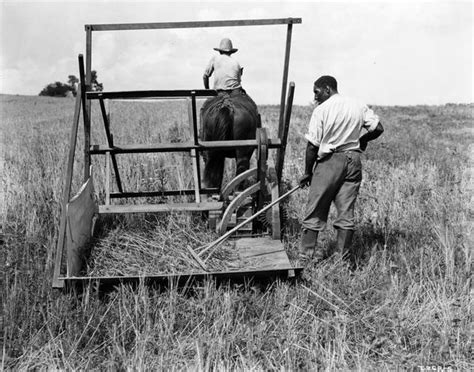 The mechanical reaper, invented by Jo Anderson. There is no official image of Jo Anderson.

Even after the Emancipation Proclamation, Black inventors’ achievements have been left out of history books in part or in whole. For example, you may have heard of Garrett Morgan as the man who created the first traffic light; he also prototyped gas masks. Madam C.J. Walker created the beauty products she sold. Vivien Thomas created a cure for blue baby syndrome and invented groundbreaking heart surgery techniques. Samuel Kountz wrote 172 research papers, including articles that pioneered organ transplant operations. 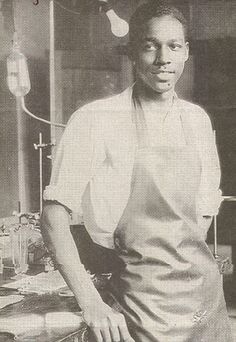 Why did the contributions of Black inventors get ignored? Leaving these names out of history books reaffirms how deeply White supremacy is entrenched in society. Unfortunately, public memory is as much about power and politics as it is about historical remembrance. From monuments to textbooks, those in charge of historical interpretation have always had some sort of agenda. The existence of Confederate monuments and the fact the Lost Cause of the American Civil War was included in many history books shows that past leaders have wanted to reinforce White supremacy. American institutions and leaders who sought to promote a narrative of White supremacy go as far back as the Founding Fathers. Thomas Jefferson wrote in his paper “Notes on the State of Virginia” reasons why he thought Black people were inferior to White people.

Today, this mindset is not as extreme as Jefferson’s, but there is still a lot of racism in society. Most of the mainstream media overlook that Dr. Kizzmekia S. Corbett is one of the lead scientists in America’s efforts to develop a COVID-19 vaccine. Many science and tech companies still have racist hiring practices even though – in 2007 – Janet Bashen invented an Equal Opportunity Employment tracking software called LinkLine. April Christina Curley, a former Google recruiter, recently went public about the struggles she faced convincing her bosses to hire graduates from historically Black colleges and universities (HBCUs). She stated that Google employees interviewing HBCU graduates questioned their credentials and the quality of their education. Graduates of predominantly White schools did not receive those same questions. 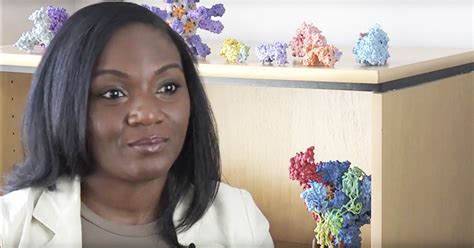 Not taking the time to learn about these people and their accomplishments is problematic at an individual and at a societal level. If an individual goes through life never realizing their education was incomplete and reinforced White superiority, they may never recognize their privilege or their biases. If enough people do not take the steps to unlearn their biases, then society remains entrenched in White supremacy. The consequences of not unlearning these biases can be fatal. An Atlantic article states that systemic racism is responsible for the deaths of at least 19,000 Black Americans during this pandemic.

Additionally, if we do not talk about these men and women, they will be forgotten through time, further reinforcing a society built on White supremacy. Telling their stories counters the narrative those in power have crafted around White supremacy. It is up to us who grew up in positions of privilege to acknowledge our privilege and shift our mindsets to eradicate the biases that were constructed around White supremacy. It is not easy to unlearn these biases, but doing so creates a world that is better for everyone. Be like Hermione and go to the library to find books about people like Sam and Jo. The Smithsonian and other reputable websites also can tell you about Black inventors and their contributions to society. Or buy books on Black inventors from Black-owned bookstores. Encourage your friends to do the same. This way, we not only are remembering the names and accomplishments of Black inventors but are fighting White supremacy.