If you’re like a lot of us, we can’t get enough of Harry Potter star Tom Felton. From his Instagram Live sessions to his latest films, we want more, and luckily, we’re getting just that. The British Independent Film Awards (BIFA) announced today that Tom Felton will be hosting the live presentation of the winners for these awards on Thursday, February 18. 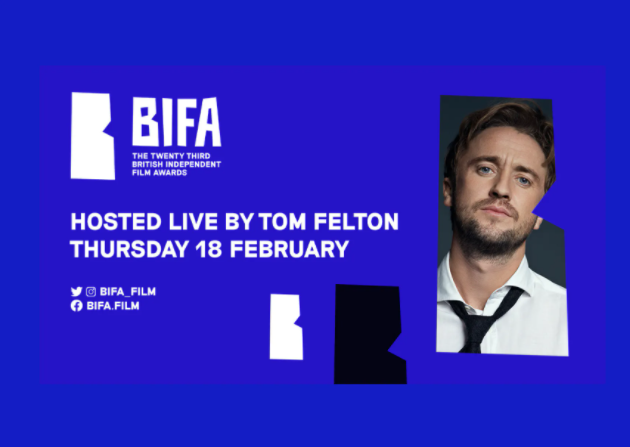 BIFA announced on February 1 that Tom Felton will be hosting the live ceremony.

The winners will be announced during a fun-filled 45-minute-long program hosted by Tom live in Wales, where he is currently filming. He will be joined by multiple friends and special guests, including British and international film talent. This will all be broadcast live on the BIFA Facebook page. Live chat will be going on so you can discuss the outstanding nominees and cheer on your favorite winners. Tom is delighted to be hosting this live experience.

British Film has been part of my life for as long as I can remember, and now, more than ever, it is so important to support, recognise and celebrate those brilliant creatives who make them. Film brings us all together, and I’m delighted to be hosting this year’s British Independent Film Awards.

Nominations were announced in December, and you can get details on how to watch some of the award-winning films on BIFA’s website.

This live event will take place on February 18 at 8 p.m. GMT. Are you going to be one of the virtual audience members for this event and cheer the nominees on while supporting Tom? Let us know!