Theater meets film, Harry Potter meets Faust… and TikTok. Henry Filloux-Bennett’s take on Oscar Wilde’s The Picture of Dorian Gray is streaming now through March 31, and it is well worth a watch. Directed by Tamara Harvey, the play has been called a five-star “game-changer“ for its format (this is not a filmed play like Hamilton, rather a film partly set in a theater, partly interviews, partly video chat apps) and its contemporary twist on the novel’s themes. This adaptation positions Dorian Gray as a social media influencer that falls into the trap of living for his followers. It’s aesthetics over ethics. After all, “You’re only ever as good as your last pic.“ 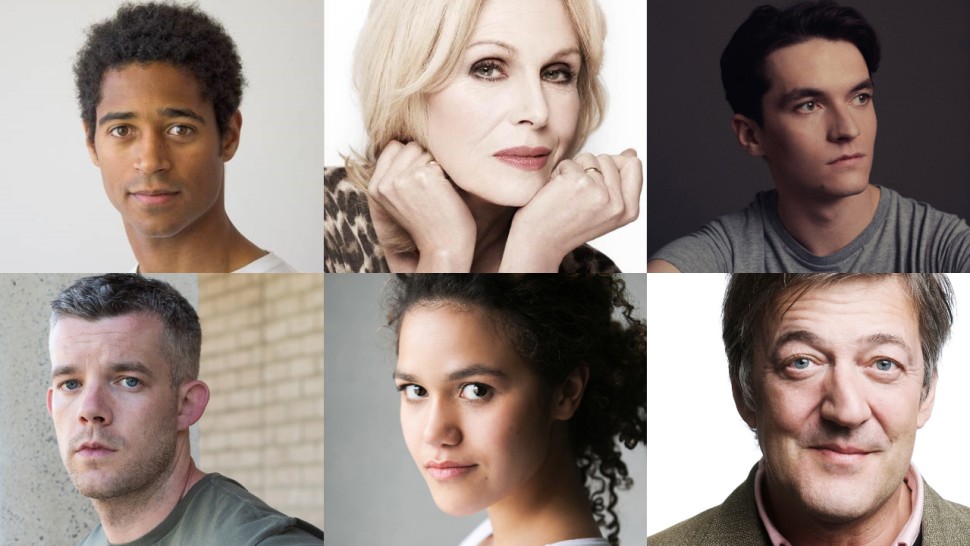 This photo is of the cast of “The Picture of Dorian Gray.”

Lead star Fionn Whitehead is joined by a strong cast: Alfred Enoch (Harry Wotton, or Dean Thomas to Potter fans), Joanna Lumley (Lady Narborough), Russell Tovey (Basil Hallward), Emma McDonald (Sibyl Vane), and Stephen Fry. While Fry portrayed Wilde in the 1997 biopic, the Potter audiobook grand wizard remains remote as the interviewer here, only seen via Zoom on laptop screens. The story is cleverly embedded in the 2020 pandemic with metatextual references to Wilde, the novel, and theaters being closed; at one point, Enoch, in character, even disses National Theatre Live except for Coriolanus, in which he starred as Titus. Sounds trippy? Check out the trailer below.

Due to the time frame, the theme of eternal youth is less dominant. It’s all about hiding behind good looks thanks to the deceptive magic of social media filters. Arguably, Dorian is an unplayable character. Even the most handsome actor won’t be everyone’s type without magic. Ben Barnes (some fans’ Sirius Black dream cast) spoke of the worst critical bashing of his career for this role in the 2009 film, despite its success with viewers. But trying to look the part is missing the point. Wilde describes the impression of a person who looks too good to have an ugly soul rather than someone with a prescribed set of physical features.

Whitehead isn’t just effortlessly handsome. He nails the range essential to the role. He goes from a wide-eyed English major to a (literally) lost soul in the span of a play, though this is more like a film. Or a Zoom call. Or an Insta live. Or Twitch. Whichever he uses, Dorian’s fate is flipped: His true face grows horrible while his pictures remain stunning. His face mask is there to hide the marks of a bad conscience. There are grimy makeup and jump scares, but Whitehead’s performance of Dorian’s deterioration pierces through even when we are watching him through the filter that hides the fact that he is on a one-way descent into debauchery and doom. 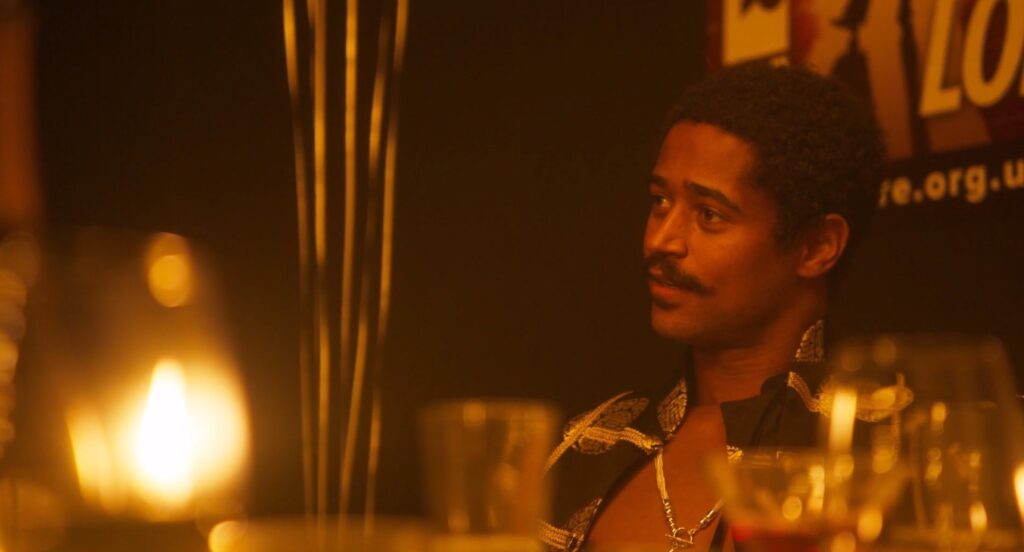 Why is he deteriorating? Herein lies the biggest diversion from the original story: the dynamic between the three men. While Enoch’s sexy, sweary, obnoxious, conflicted, secretly sweet, Grindr-using Harry Wotton is superb and a standout in this fantastic cast, some of his key lines and character traits have been given to the elusive Basil. Tovey rarely shows up, but he is the true catalyst, the manipulator, a social media engineer who invents the damning filter that ultimately ruins Dorian’s life. The pact is between him and Dorian, without Harry’s push. Dorian is at his ugliest when he blackmails Basil, here a closeted husband and father, in revenge. 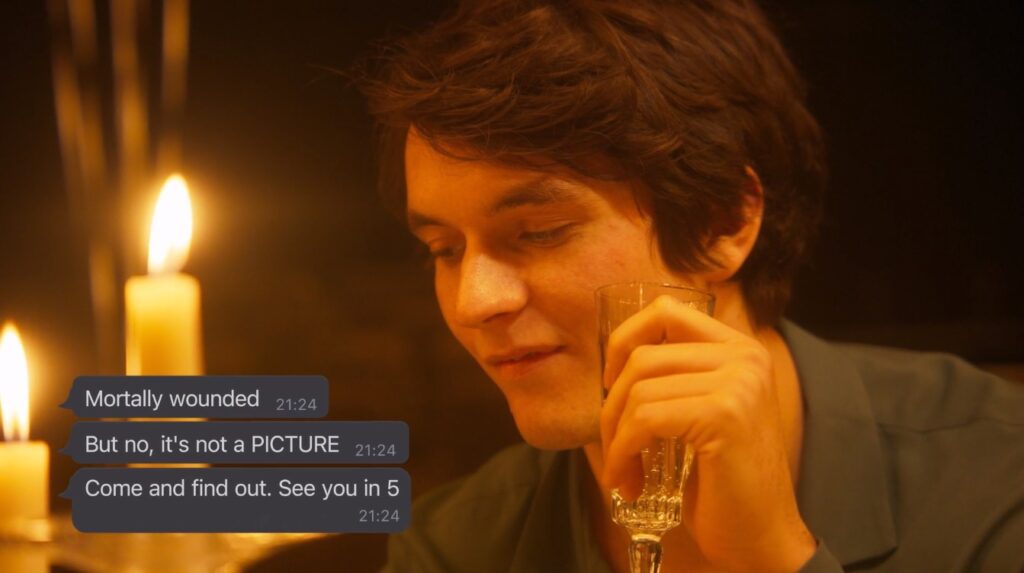 There is no such thing as a moral or an immoral text for this Dorian.

Lumley perfectly embodies Lady Narborough’s careless naivete. McDonald takes us through Sibyl’s tragic arc and several great monologues in an emotive performance. She lived for theatre and died for it too.

The set, the costumes (Holly Pigott), and the photography (Benjamin Collins) make for an effective and fittingly claustrophobic visual experience, paired with sometimes ominous music to keep us uneasy. Coproduced by the Barn Theatre, the Lawrence Batley Theatre, the New Wolsey Theatre, Oxford Playhouse, and Theatr Clwyd, whether film or play or something new and post-COVID, The Picture of Dorian Gray is overall an exciting adaptation of a classic.

Even if #BasilDeservedBetter. It’s a hashtag now, yes.

Get your tickets now for a 48-hour rental period during which you can watch the play as many times as you want. Indulge.

Good news! The digital production’s run has been extended through April 17.