Who Is the Wittiest Wizard? Vote Now!

The Harry Potter books are full of sass, snark, cheek, back talk, comebacks, sarcasm, sardonicism, quips, witticisms, and wisecracks. Jaw-dropping, sidesplitting remarks come from everyone; students, teachers, parents, and Aurors all throw shade in clever and hilarious ways. But who does it best, and which line is the ultimate exemplar of wizard wit? It’s up to you to decide in this March Madness bracket.

MuggleNet staff members have selected the top 64 quotes for the Wittiest Wizard tournament, split into four divisions: Snarky, Feisty, Cheeky, and Sassy. In each round, your votes will eliminate choices in every match-up until a champion emerges as the most savage, brilliant line ever uttered by a character in the seven novels. Numbers next to each quote indicate how they ranked in staff voting. 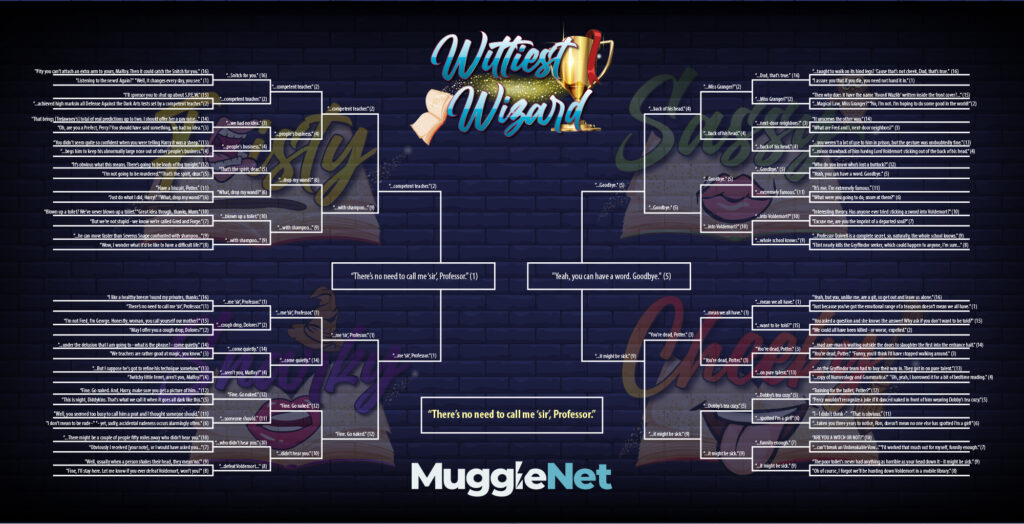 Come back for each round as we narrow down the competition: 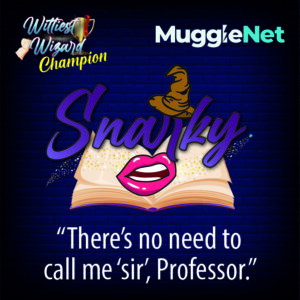 From the Snarky division, Harry’s iconic clapback at Snape from Harry Potter and the Half-Blood Prince takes the title. It didn’t make it into the films, but it is forever etched in readers’ minds.