Last week, we told you about a huge range of crime dramas starring Wizarding World cast and crew members. This week, there’s a focus on snakes, with Claudia Kim (Nagini) signing on to a new agency and Clémence Poésy (Fleur Delacour) taking on a role investigating a mythical serpent. Anyone who is scared of snakes, brace yourself as we slither into this casting update. Castium Revelio!

We start off in Victorian England, as Clémence Poésy takes on a role in The Essex Serpent, a drama on Apple TV+ about Cora (who is played by Claire Danes), a woman who leaves an abusive marriage in Victorian London for a small village in Essex. While there, she – with the help of Poésy’s character, Stella Ransome – investigates a local superstition about a mythical creature. Cora and Stella become firm friends as soon as Cora arrives in the village because of Stella’s kind and sympathetic nature. We can’t wait to follow their friendship and see how far apart superstition and reality are.

We’re moving from England to France for a Starz original series starring Samantha Morton (Mary Lou Barebone). The series is called The Serpent Queen and surrounds the life of Catherine de Medici, played by Morton. She was an Italian noblewoman who reigned as Queen of France and became one of the most influential people to sit on the throne. She ruled for 50 years, and this series will cover her entire life, both on and off the throne. We can’t wait to learn more about this powerful woman throughout the eight-part series.

Sticking to the serpent theme, Claudia Kim has signed on to a new agency. She will now be represented by South Korean YG Entertainment, whose other talents include K-Pop band Blackpink. Kim took to Instagram to break the news, celebrating by commenting that she was “happy to join.” 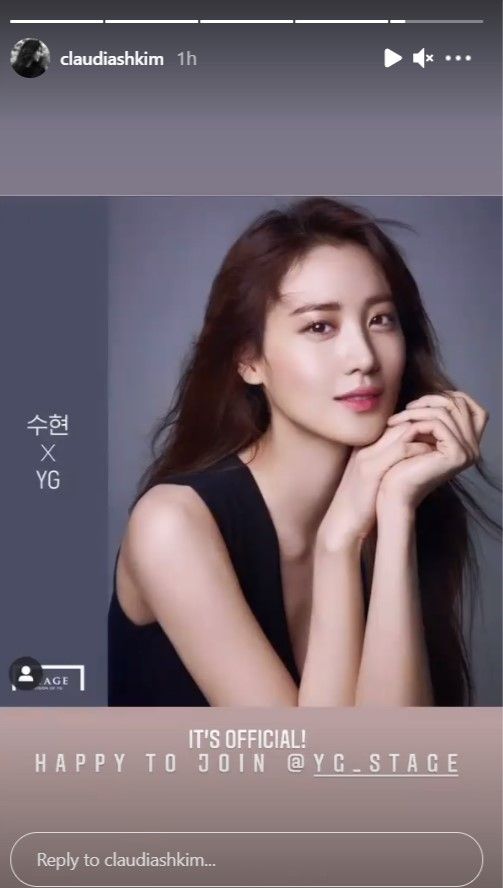 We’re moving away from snakes now to talk about Wunmi Mosaku‘s (Beryl) new film, Call Jane. She joins Sigourney Weaver, Kate Mara, and Elizabeth Banks in the cast of the film, which tells the story of Joy (played by Banks), a traditional 1960s housewife who becomes pregnant unexpectedly. Then she finds the Janes, an underground abortion movement that saves Joy’s life and gives her a sense of purpose. Mosaku’s character is named Gwen, but there are no reports about where this character sits in the film. We’ll keep you updated when we learn more!

We finally have a name for Steven Hoggett‘s new play! Hoggett choreographed Harry Potter and the Cursed Child and will now choreograph a musical based on the life and songs of Neil Diamond. The show is titled A Beautiful Noise and will feature some of Diamond’s greatest hits. It will premiere at Boston’s Emerson Colonial Theatre on June 21, 2022, and will run until July 17. After that, there are hopes of a run on Broadway. Diamond has a famous connection to the city of Boston, reminiscing about his trip to Fenway Park in 2013 and how he “had the honor of being part of a moment of relief, unity, strength, and love.“ He believes that “those same emotions will wash over [him] and the entire audience” when experiencing the new musical in theaters.

That’s all of the casting news we have for you this week! We can’t wait to investigate myths and learn about historical queens while watching some of the Wizarding World cast. Which of these projects are you most excited about?