In this casting update, members of the Wizarding World cast and crew are turning to crime dramas, with David Thewlis and Eddie Redmayne taking on murderous roles and Kelly Macdonald speaking about her role as a detective in the BBC drama Line of Duty, as well as an interview with Henry Lloyd-Hughes about his portrayal of iconic private detective Sherlock Holmes. In other news, John Cleese has written a new avian-themed movie and there are rumors of a spin-off movie for Zoë Kravitz‘s Catwoman. Without further ado, let’s investigate more of the latest casting news. Castium Revelio!

With the majority of the UK currently obsessing over the new series of Line of Duty, actress Kelly Macdonald (the Grey Lady) revealed in an interview with the Guardian that her part was so intense, it "freaked her out" so much that she had to stop watching previous seasons of the show. She also spoke about her time on set, even mentioning how the catering wasn't the best, providing the cast and crew with "a soggy sandwich" while there. 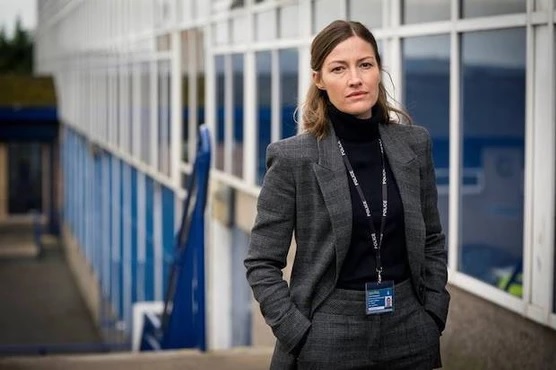 Kelly Macdonald as DCI Joanne Davidson in "Line of Duty"

David Thewlis (Remus Lupin) is turning to the other side of the law and taking on the role of convicted killer Christopher Edwards in Sky's true crime series Landscapers, which centers around 1998's Mansfield murders. The show will look at the murders from many perspectives, including Christopher's, the lawyers', and that of the police who worked on the case.

We've recently seen Wizarding World stars on both sides of the law. Henry Lloyd-Hughes (Roger Davies) spoke to Sky News's Backstage, a podcast that focuses on TV and film releases. Lloyd-Hughes told the podcast about how his version of the legendary Sherlock Holmes in Netflix's The Irregulars is very relevant to current times, saying that "maybe [Sherlock] feels a bit like we all do right now" because he is a "fallen, deconstructed version" of himself, as a lot of people have been during the pandemic.

After his performance as serial killer Dennis Nilsen in ITV's Des – which recently won a Radio Times Award – David Tennant (Barty Crouch Jr) will star in the BBC's crime drama Inside Man. The show will tell the story of a death row inmate, a vicar, and an abducted teacher, and it will start filming later this year. However, Tennant will switch crime for comedy next Friday when he takes his seat as a guest host on the BBC panel show Have I Got News for You. 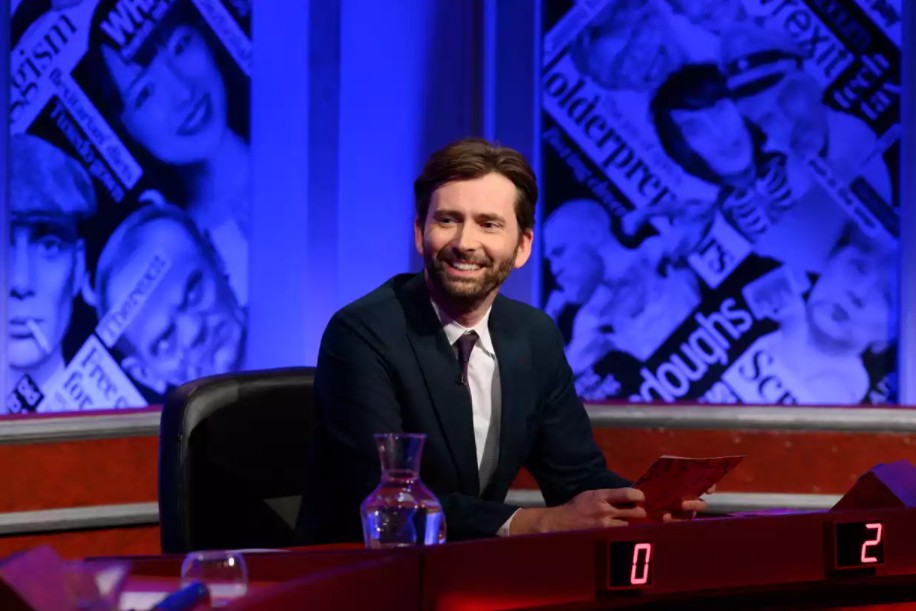 David Tennant will take on a guest host role for the second time.

Another actor taking to crime is Timothy Spall (Peter Pettigrew). He will play a detective in Magpie Murders, which is based on Anthony Horowitz's novel of the same name. The show surrounds an editor (played by Lesley Manville) who is given an unfinished manuscript that changes her life. Filming for the show began recently, but we will have to wait until next year to see the show for ourselves.

If you're after a show to watch before then, these new stills from Shadow and Bone – a new Netflix show based on books by Leigh Bardugo – are sure to take your fancy. Zoë Wanamaker (Madam Hooch) features in the show as Baghra, and one of the new stills shows her in action as the character. We can't wait to see even more!

A post shared by Shadow and Bone Netflix (@shadowbonenetflix)

Producer David Heyman has also dived into the world of book adaptions, gaining the rights to Liane Moriarty's Apples Never Fall and Kazuo Ishiguro's Klara and the Sun. He will be producing them through his companies, Heyday Television and Heyday Films, respectively. Apples Never Fall will be another crime drama, surrounding a messy family situation and a disappearance, while Klara and the Sun is about a robot battling loneliness.

There are also exciting upcoming series from Jessie Cave, Jim Broadbent, and Imelda Staunton (Lavender Brown, Professor Slughorn, and Professor Umbridge, respectively). Cave is set to play Rosie in ITV2's new show Buffering, which surrounds a group of flatmates as they face the challenges of living in a modern world. Broadbent, meanwhile, will feature in a three-part thriller series called Black Narcissus, in which he will play Father Roberts. You can see the trailer for the show below! Staunton will continue her part in Trying, a show about a couple trying to adopt a child. The comedy has been renewed for a second season by Apple, and Staunton will reprise her role as an eccentric social worker.

John Cleese (Nearly Headless Nick) has been busy writing a new film and returning to an old series. His new film is called The Great Emu War (what an amazing name!) and centers around Australia's attempt to annihilate its emus in 1932. While we have to wait for the movie, there isn't long until a new Fawlty Towers vinyl box set is released. Coming this month, the box set will include the original four BBC vinyl albums, plus two more exclusive albums, and will be signed by Cleese.

Stephen Fry (who narrated the Harry Potter audiobooks) has also been very busy. From a visit to Westminster Abbey for a COVID-19 vaccination to cricket commentary, it's hard to keep up to date with all of his projects. He caught audiences' attention when he revealed that he has been cast in Netflix's The Sandman. We don't know who he'll be playing, but we'll keep you updated when we do! He will also continue his narrating career, as he will guest narrate the BBC's U.Me: The Musical.

Members of the Harry Potter cast have also been partaking in charity events. Jason Isaacs (Lucius Malfoy) helped out Marie Curie, a charity that looks after cancer patients, on its biggest fundraiser of the year, the Great Daffodil Appeal. Julie Walters has also been helping people out. She has been urging the UK government to double its funding for dementia research.

Harry Potter cast members aren't the only ones turning to crime; Eddie Redmayne (Newt Scamander) will star as serial killer Charles Cullen in an upcoming Netflix movie, The Good Nurse. The film will cover Charles's life as the police track him down and eventually arrest him. There isn't much information about when it will be released, but we'll be sure to let you know when there is!

Jude Law (Professor Dumbledore) will be stepping into the shoes of a well-known villain in a new live-action production of a classic that never gets old. He will don an eyepatch as he takes on the role of Hook in Disney's Peter Pan remake. The movie recently began production, and we can't wait to see photos of him in costume!

As one movie begins filming, another one finishes. "And that's a wrap for the bat," wrote Zoë Kravitz (Leta Lestrange) on her Instagram story after her last day of filming for The Batman. She plays Selina Kyle – or Catwoman, as she's better known – in the new film, although there are rumors of her soon starring in her own spin-off movie. We'll keep an eye out for any more information! 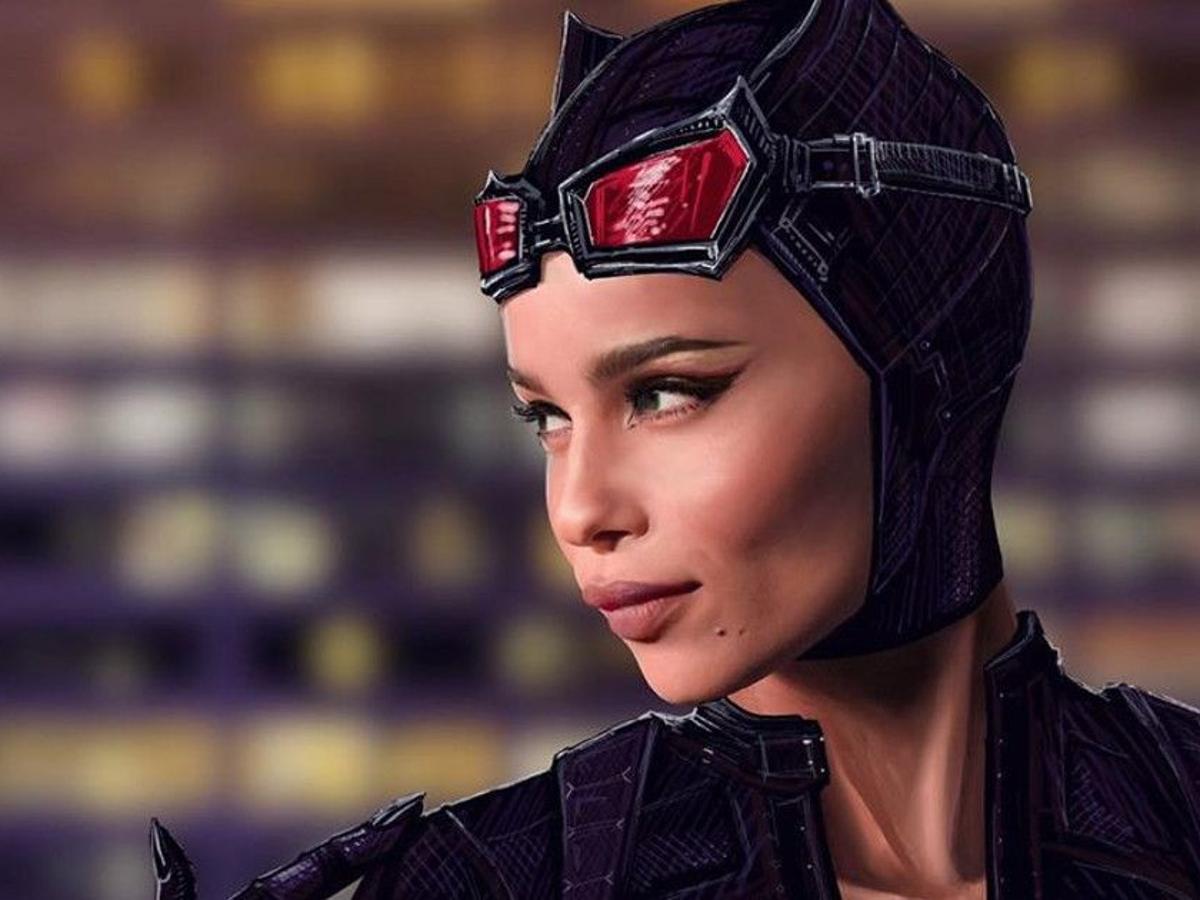 Zoë Kravitz is rumored to be getting a spin-off solo film for her portrayal of Catwoman.

Colin Farrell (Percival Graves) will stay in the real world as he is cast in a film about the rescue of a Thai soccer team, called Thirteen Lives. It's based on a true story from 2018, and Farrell is sure to be diving into his role as an Englishman who traveled from Wales to put his deep-diving knowledge into practice and help the team. Farrell will also be part of a project with Brendan Gleeson (Mad-Eye Moody in the Harry Potter films). It's a feature-length film called The Banshees of Inisheer and will begin filming in Ireland in August.

Jack Thorne, who cowrote Harry Potter and the Cursed Child, has written a new play that will be in theaters as soon as they open. After Life is based on a 1998 Japanese film and is designed to make the audience question the way they live. It will open at the Dorfman Theatre in London on June 2 and will run until July 24. We're ready to question our lives and watch the show!

The official trailer for Made for Love (which features Noma Dumezweni, who played Hermione in the original cast of Cursed Child) has been revealed. The comedy series centers on a woman as she tries to escape from her husband, and the trailer has made us even more excited for its release!