The internet and academia proclaim that Credence Barebone’s story arc in the Fantastic Beasts and Where to Find Them franchise is an allegory for many marginalized people and groups. However, the way MACUSA treated Credence can also be an allegory for how the United States government has handled the climate crisis. This claim may seem a little crazy at first, but let’s look at the facts.

First, Tina Goldstein knew that Mary Lou Barebone was abusing Credence. But Tina’s attempts to help Credence were ignored and rebuffed. When Tina used magic to keep Mary Lou from harming Credence, MACUSA responded by obliviating Mary Lou, demoting Tina, and keeping Credence in an abusive environment. Once MACUSA knew he was being abused, officials could have made arrangements to put Credence in a better home environment. A government’s responsibility to its citizens includes protecting them, especially children, from harm – it is why agencies like child protective services exist. 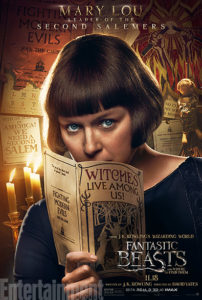 Knowing there was a problem yet failing to address it and punishing those advocating for positive change has been the modus operandi of the United States government. Government officials refused to sign the Kyoto Protocol. Keystone XL pipeline protestors at Standing Rock were punished with attack dogs and rubber bullets and were arrested to keep the water free from contamination. The Trump administration removed tweets and websites that were about climate change.

The next argument for this allegory centers around governments ignoring expert opinions. When imposter Percival Graves declared a beast caused the wreckage, President Picquery did not immediately call for an expert on beasts. When Newt Scamander, an animal expert, inadvertently saw an image of the carnage, he immediately told those assembled what was causing the problem. Then, MACUSA officials began to suspect Newt was the culprit, which was illogical because the attacks had happened before Newt arrived in New York. Instead of using logic and considering other sources of the problem, MACUSA was content to kill Tina and Newt, obliviate Jacob, and then think the Obscurial problem was solved. 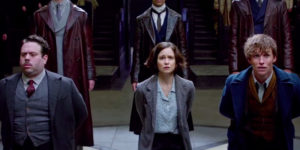 For years, the US government and other authorities have been ignoring experts and placing problems on anything but the climate crisis. Scientists, scholars, and advocates – like Bill Nye the Science Guy, Dr. Allan Ashworth, Hindou Oumarou Ibrahim, and Kate Marvel – have been climate change advocates. For decades, these people and many others have been declaring that the climate is changing and that governments, corporations, and individuals need to change their behaviors and attitudes to prevent catastrophes. Those in power also have their own illogical explanations for natural disasters, like the idea that Hurricane Katrina happened because gay people exist or how Congress members blamed the California wildfires on space lasers.

There is one final comparison between MACUSA’s and the United States government’s responses: Once they knew the problem, they only exacerbated the problem. Once MACUSA knew Credence was the Obscurial, Madam Picquery chose to attack Credence even though Tina was calming him out of his Obscurial form. Because Madam Picquery decided to attack, Credence seems to have lost all trust in Tina and MACUSA and therefore turned to Grindelwald for help. 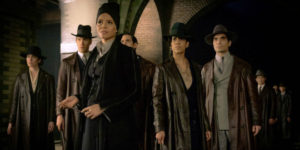 The US government took some steps to try and change their carbon emissions when they signed the Paris Agreement, but overall, their attitude has been much more in line with how Picquery continued to harm Credence as the US not only left the Paris Agreement for four years but the government and corporations keep harming the planet by allowing mining and fracking to strip the earth of nonrenewable resources and build pipelines that leak and allow dangerous chemicals to saturate the soil.

Ultimately, MACUSA’s most powerful figures ignored Credence’s problems at home even though those within the organization knew something was not right. When the Obscurial problem became too big to ignore, Credence’s rage was large enough to literally destroy mountains – just as climate scientists say that governmental responses to climate change are too little too late. Now natural disasters are wreaking havoc on cities. 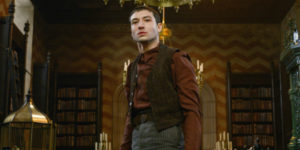 Nature’s problems are being ignored by those with the power to make national and global changes. Severe weather events are rampaging across the globe because carbon emissions impact the climate and ozone layer. We do not know what is in store for Newt, Tina, Jacob, Nagini, and Theseus in the Fantastic Beast‘s world or how their problems will be solved. However, we do know steps we can take to reduce waste and carbon emissions to mitigate the climate crisis happening in the world today. You don’t need to fight an evil wizard to take steps to help the planet. You can write to your government officials to vote for policies that protect the planet and encourage your friends to do the same. You can also take steps to reduce your impact on the environment and be conscious of how your consumption impacts the earth. 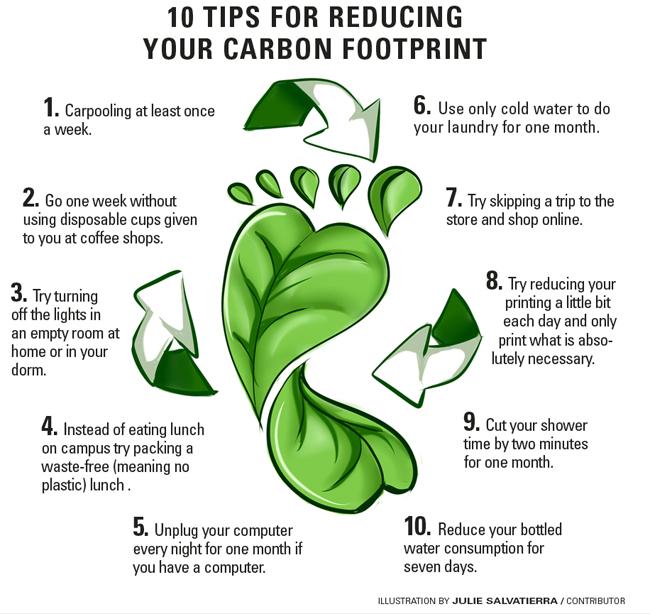