Fandom can be such a wonderful thing. In this large, vast world, you can always count on a particularly skilled and dedicated fan to do something quite extraordinary in tribute to the fandom of their choice. Harry Potter fans in particular have been known to painstakingly re-create Hogwarts as shown in the Harry Potter film franchise in various media. Most recently, a YouTuber managed to complete the exterior of Hogwarts in the popular video game Minecraft. Similarly, in a new video game called Valheim, a gamer recently showed off his progress in re-creating Hogwarts.

Developed by Iron Gate Studio, Valheim is a survival sandbox video game where players control a deceased Viking tasked by the Norse god Odin to purge a realm of terrifying creatures. If the Viking is successful in destroying all the monsters, the realm will become another Valhalla for the Viking to live out his days in paradise. To survive, players must be able to craft weapons and armor, hunt and cook food, build shelters, and slay monsters. Unexpectedly, players took a liking to the building mechanic of the game and have begun constructing incredibly elaborate structures, some of which have been in tribute to fandoms. One Reddit user named Zabore recently posted some photos of his work-in-progress Hogwarts re-creation, and so far, it looks glorious.

At the moment, it seems all that the Redditor shared were photos of the exterior of the castle, Hagrid’s hut, the Great Hall, and the Quidditch pitch. 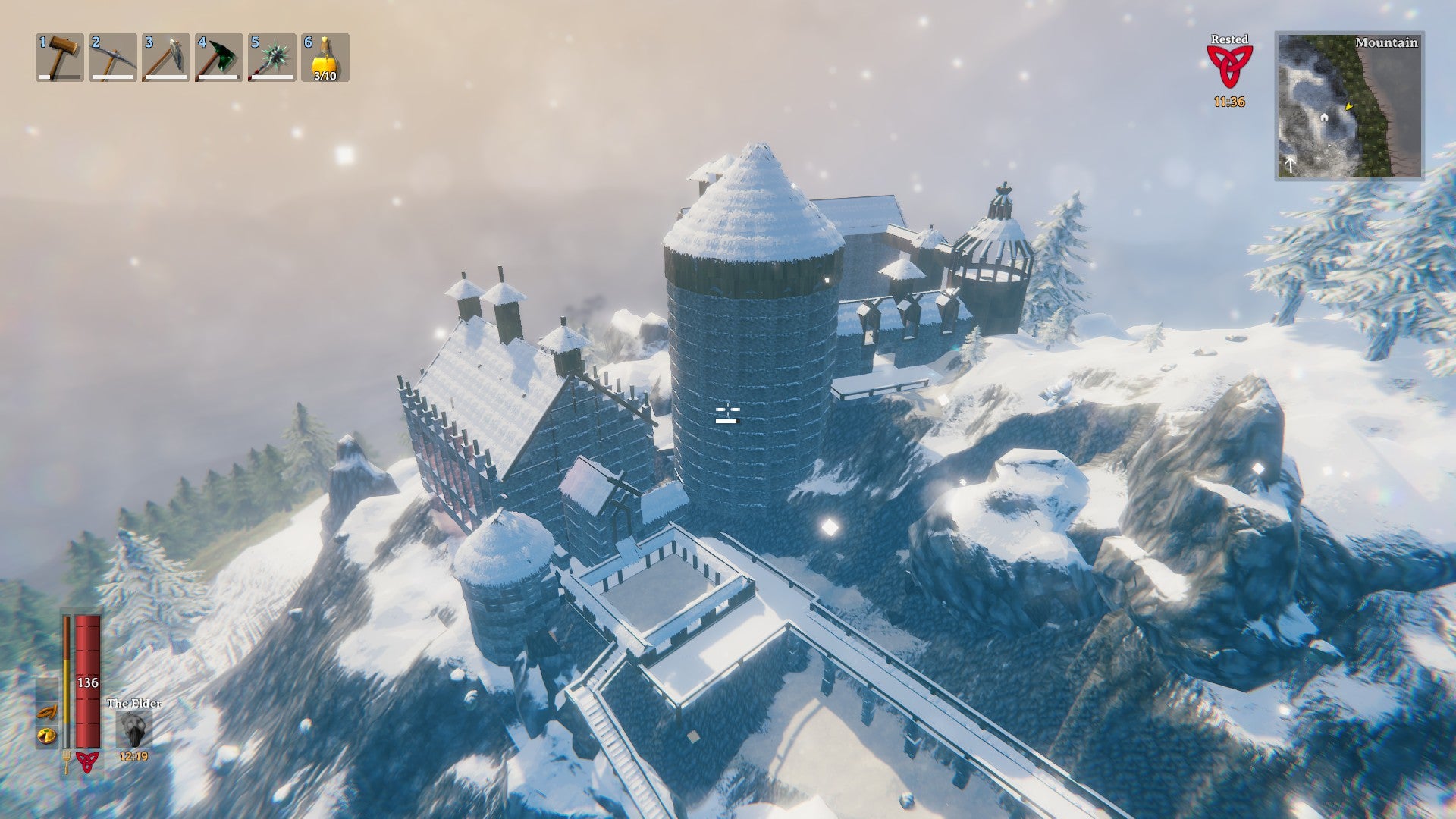 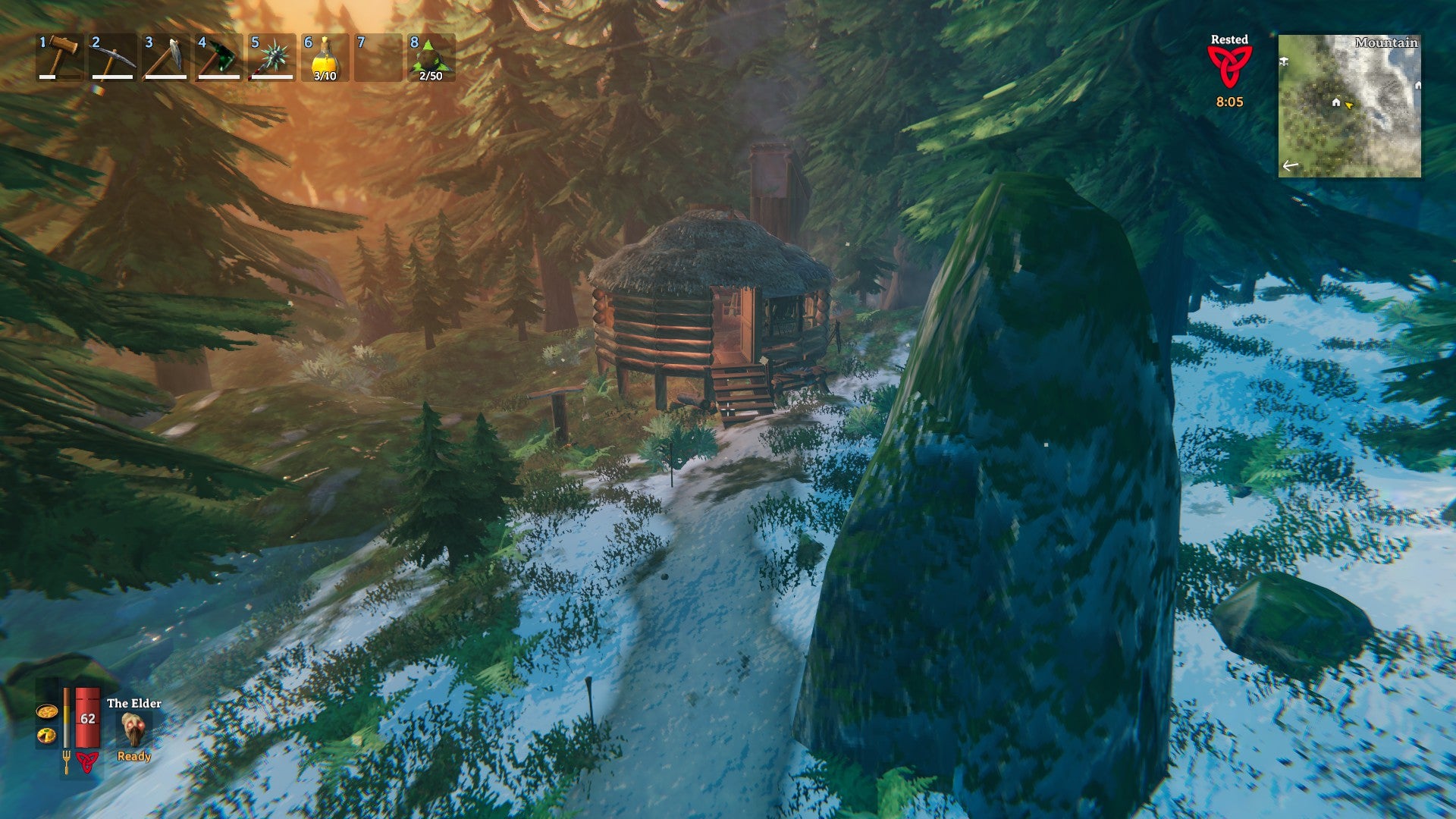 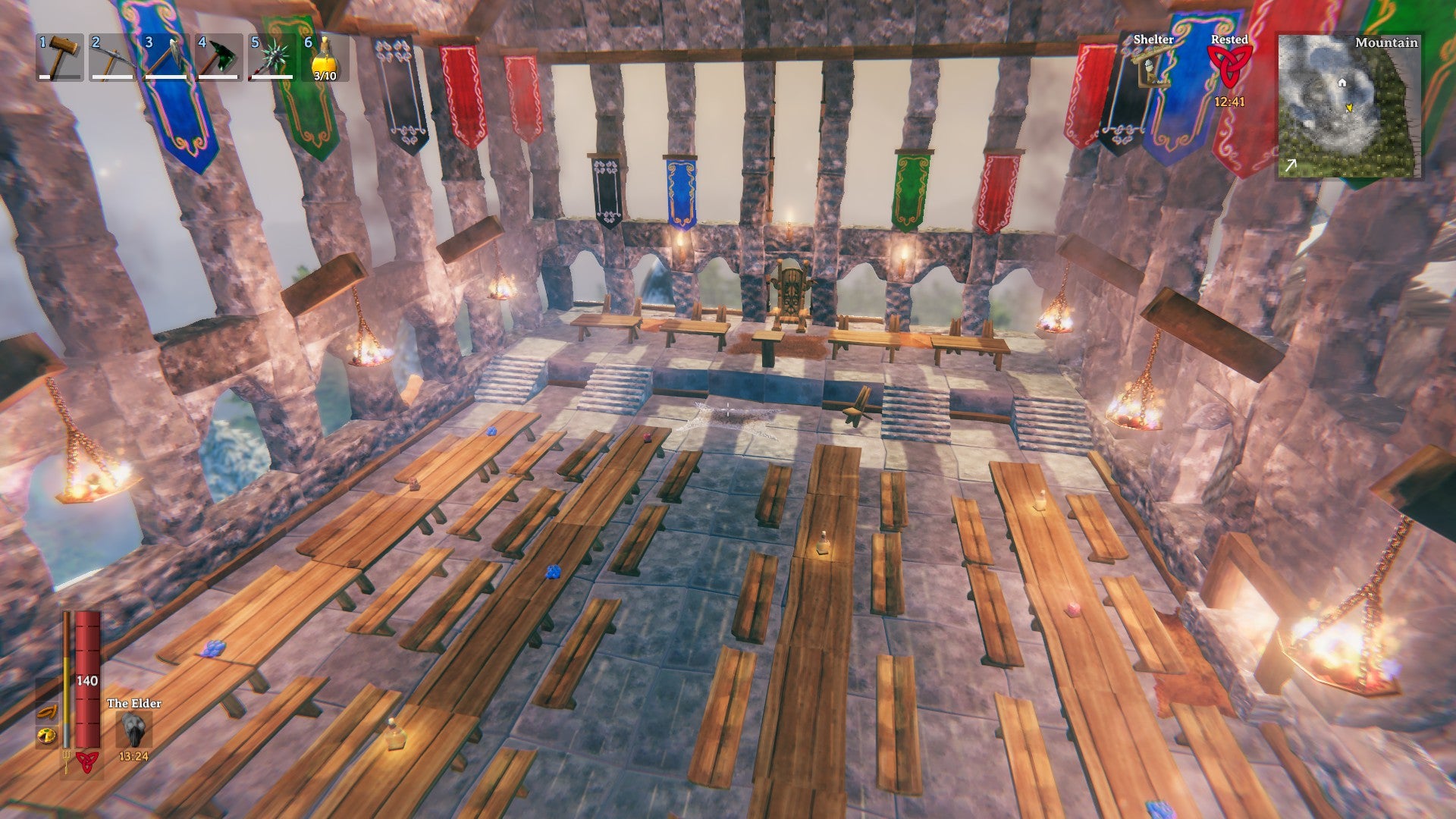 The player managed to recreate the Great Hall in detail despite the game’s limited resources. 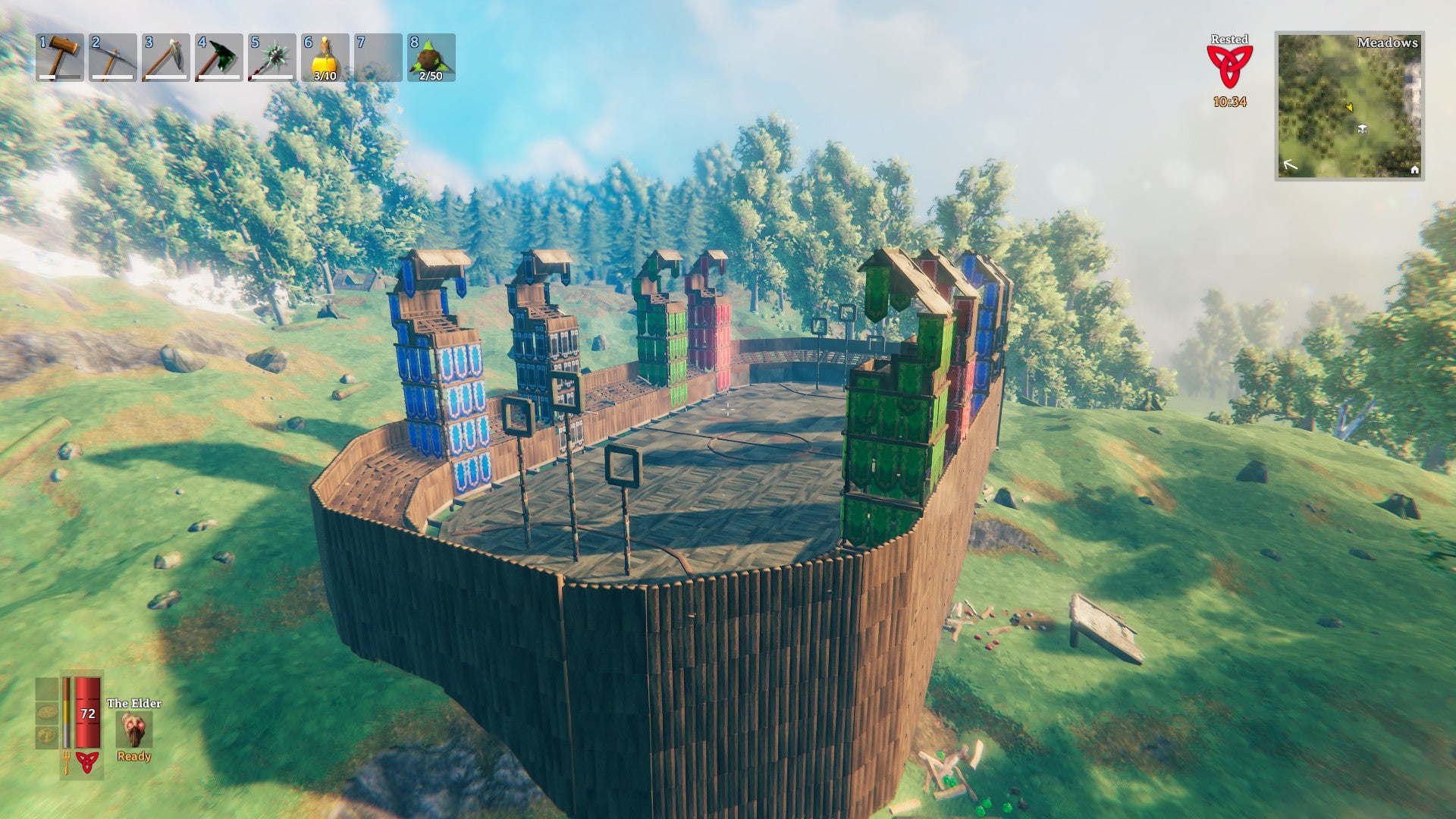 Most impressively, Zabore managed to remake a wonderful recreation of the Quidditch pitch in the video game. 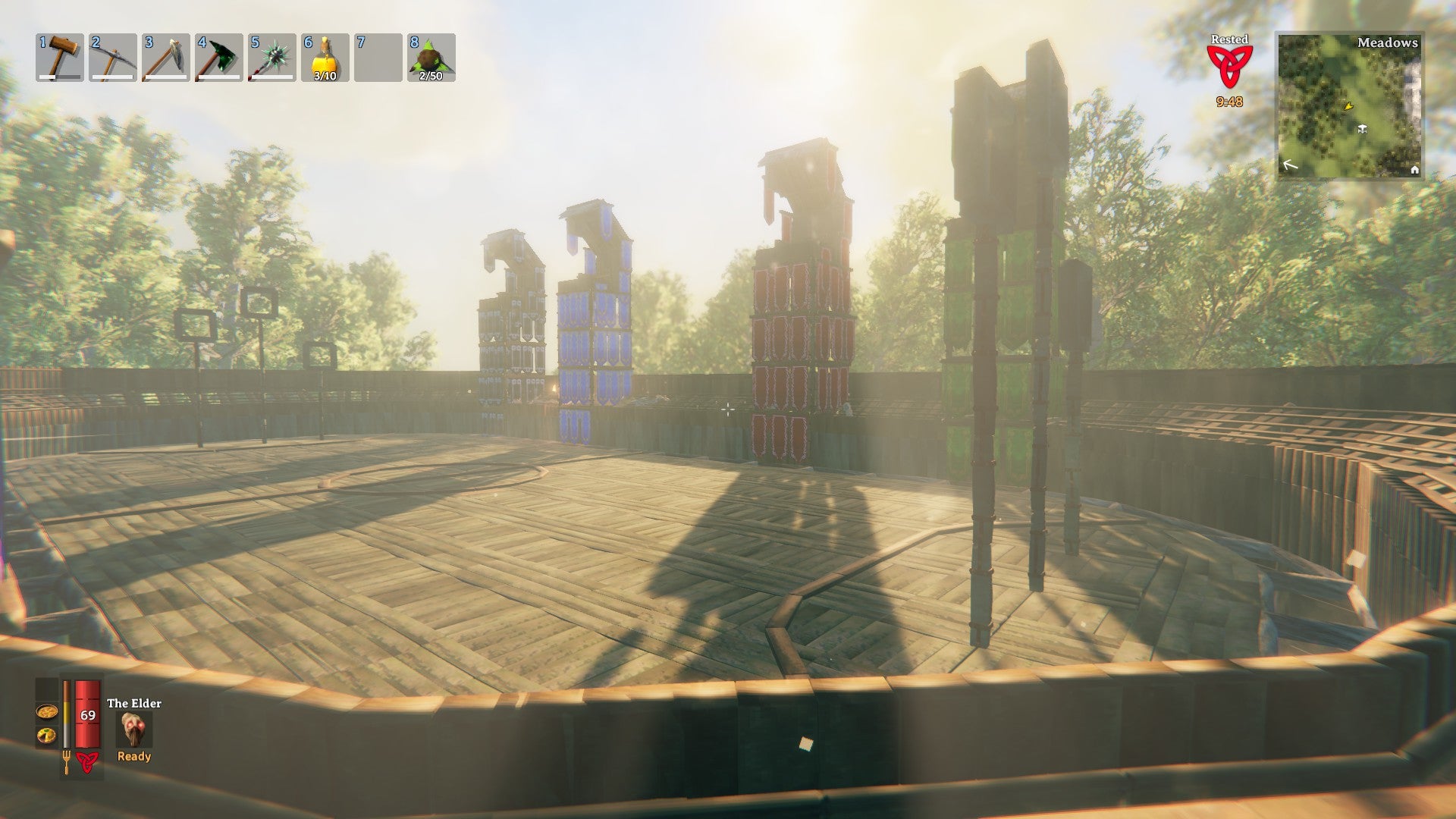 The Quidditch pitch was meticulously recreated with attention to detail, using the game’s various materials.

The exterior view of the castle is quite breathtaking, especially capped by all the snow on the mountains. However, the most impressive structure has to be the Quidditch pitch. You can see the four large stands on each side of the pitch as well as the three goal posts of varying heights. Though the re-creations are not identical to the films, they are phenomenal given the materials the game has provided (e.g., the use of black streamers instead of yellow to represent Hufflepuff). Perhaps Vikings simply didn’t like yellow.

After seeing other players re-create towering structures like the Colosseum in Rome, Italy, Zabore explained that they were inspired to re-create Hogwarts because it was the biggest building that they had ever seen. After sharing the images to Reddit, users have already begun suggesting ideas such as building out the Chamber of Secrets by creating a basement and luring a serpent to act as the Basilisk. Thankfully, Zabore seems intent on taking their suggestions. The final build is likely going to be spectacular, and we can’t wait to see it.

Have you ever contributed to a massive Harry Potter project like re-creating various scenes or structures? Or have you seen a wonderful fan-made Wizarding World effort? Either way, let us know in the comments or share it on Instagram and tag us.