“Harry Potter” and the Desire for Belonging

The desire to belong is a recurring theme in Harry Potter. Whether it be through Hogwarts’s House selection or social standards, the characters all feel the pull of finding somewhere to belong. Personality sorting, school enrollment, and the ever-evolving social standings all represent the desire to belong. These major themes have both positive and negative ripple effects. The question becomes, is it actually more beneficial to conform or be who you want to be? 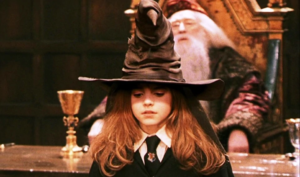 The desire to belong is quite prevalent for Harry as he knew he didn’t want to be in Slytherin because that would mean belonging in the wrong place. Hermione is another good example here because her value of bravery and overcoming obstacles is what placed her in Gryffindor. The same goes for Neville as he desired to become brave and not be considered weak or an outsider. House pride can be a factor here as each student strongly expresses the school spirit of representing their House. This becomes a positive effect of belonging to a specific group as each student gets to express their love for their House. Sorting the students into Houses based on their internal beliefs and personalities places them where they can feel the most at home.

With all of that said, we move on to Hogwarts. This becomes a prime example of the desire to belong because Hogwarts will essentially become a second home. For characters such as Harry, Snape, and Draco, they don’t feel as though they belong anywhere else. These characters feel like Hogwarts is the one place they can be who they want to be and don’t have to belong anywhere in particular. These characters don’t have anywhere else in which they feel at home. For Harry, his uncle and aunt’s home is where he spends his time waiting to return to Hogwarts. Hogwarts is the one place where he is cared for and seen as an equal. His desire to belong has a positive effect by allowing him to be himself at Hogwarts rather than living an unremarkable life in the care of the Dursleys.

Draco feels the pressure to be someone his parents will be proud of, and being at Hogwarts is the only place he can be who he is proud of. Draco’s desire to belong in his family has negative consequences as it places him in situations he does not morally feel comfortable in. For Severus Snape, the staff at Hogwarts is his only family; he has nowhere else to find that sense of belonging. Hogwarts becomes the place they can be who they want to be rather than who everyone else thinks they should be, thereby creating a desire to be in the place where they actually belong. This overall desire allows these characters to be who they want to be rather than who they could be. 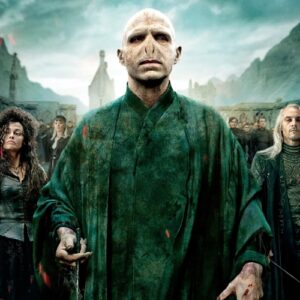 There is now an internal struggle with the social standings in the wizarding world. With this, we lead into how much magical blood runs through your veins. You are either considered magically rich or equal to that of a hand-me-down. With that said, we can take a look at the Malfoys as they believe that being pure-bloods gives them a pedestal over the half-bloods and Mudbloods. This brings us to another negative effect of the desire to belong. Draco becomes a prominent example of choosing who you want to be over who everyone wants you to be. Draco originally sides with evil and the Death Eaters based on having pure blood and being who his parents want him to be. He later makes the decision to be who he wants to be by siding with the wizarding community and fighting against Voldemort.

These social standards run at a bit of an impasse with the Weasleys as they are a pure-blood family but choose not to gloat on their magical richness. They instead choose to remain as middle class as possible and make the decision to defend the wizarding world against Voldemort. This is one of the main reasons the Malfoys and the Weasleys didn’t quite get along as Lucius never truly understood why Arthur wouldn’t choose to bask in the glory of being a pure-blood family. He instead chose to fight for the Mudbloods and Muggles, which was against everything the Malfoys and Voldemort stood for. Draco’s desire to belong put him on the wrong side and forced him to go against his internal compass. For the Weasleys, their desire to belong puts them on the right side and helps them make decisions they could be proud of.

Now we can question whether the impact of wanting to belong is good or bad. I believe it can be good by forcing you to have goals and strive to be the best you can be, but it can also obviously be bad by molding you into someone you’re not. Harry Potter does reflect on how society likes us all to belong in certain boxes, but it also shows that we don’t have to conform. Look at Dumbledore’s Army for example. This rebel movement by the students brought together all of the Houses in a unified front. So ask yourself, is it actually more beneficial to conform or be who you want to be?