Harry Potter has been influential in fostering a politically active generation, but not all that is influential is also psychologically healthy. Many popular peers of the series have been criticized for glorifying troubling relationships and promoting toxic masculinity (I’m looking at you, Edward Cullen).

An uptick in public conversations about gender disparity has been occurring around the globe, and if you live in or anywhere near Australia, you’d be hard-pressed to avoid the national conversation around toxic masculinity. It can feel futile at times to maintain momentum and fight for equality when the patriarchy seems unshakable, which is why Harry James Potter is a breath of fresh air. Let’s explore these markers of healthy masculinity from the health website Talkspace:

1. Harry is accepting of his body even if though it is not perfectly muscular/sculpted.

Having grown up in a broom closet, Harry has always been small for his age. Described as skinny with untamed hair, he hardly ever reflects traditionally desirable physical traits. This is brought to the surface for Harry most notably in Harry Potter and the Goblet of Fire when he reflects insecurely on how much more of a champion the ever-handsome Cedric looks. 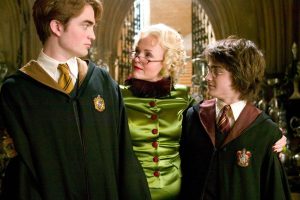 When he is initially selected for the Triwizard Tournament, Fleur mistakes him for a little boy. Rounding out the Triwizard champions is international Quidditch star Viktor Krum, who questions Harry’s relationship with Hermione, leaving Harry stunned that Krum would consider him a real rival. Despite his insecurities, Harry focuses on his skills and strengths, demonstrating resilience and working his way through the tasks in front of unsupportive audiences rather than crumbling into a sad heap.

2. Harry treats women and girls with the same thoughtfulness with which he likes to be treated.

Harry’s treatment of women and girls is respectful without inching into dreaded “white knight” territory. Harry approaches his relationships with Hermione, Luna, and others as those of equals or leaders whose counsel he seeks and support he accepts. He values their input and respects their agency. Throughout his relationship with Cho, he is mindful of her feelings. When Hermione is hurt by Ron’s insensitivity, he prioritizes her needs over Ron’s, and when Harry himself grapples with emerging feelings for Ginny, he doesn’t let jealousy toward Dean cloud his decisions about who should play in the Quidditch Cup final. Harry does questionably spend a lot of time thinking of Ginny as a problematic extension of Ron, musing that she’s out-of-bounds due to being his sister, but this is spawned from Ron’s long history of inappropriate policing of Ginny, rather than reflective of Harry’s own feelings on the subject. 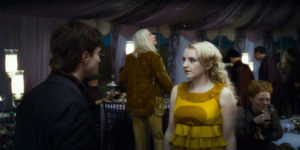 3. Harry uses his privilege as a man to advocate for women and others.

Harry is uniquely placed among men in the wizarding world to advocate for others. Imbued with enormous privilege due to being the Chosen One, we follow Harry as he himself begins to learn the extent of the power he wields. As he becomes more politically savvy, he uses his influence to advocate for those suffering. While we don’t get too many canonical glimpses into the sexism that undoubtedly exists in the structures governing the wizarding world, Harry’s record of advocacy for those who are marginalized remains strong.

Friendship is a – if not the – core theme of the series, and whichever way you cut it, Harry is a good friend. He maintains closeness with Ron, even when Ron’s own toxic insecurities lead to their friendship breaking down at different points. Each time Harry and Ron experience difficulties in their friendship, Harry is hurt and angry; however, he moves past this, demonstrating a maturity that isn’t rooted in toxic ideas of machismo. His relationship with Hermione remains the most intimate relationship in the series, despite being platonic by nature. 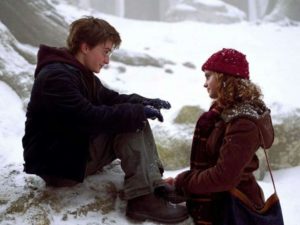 5. Harry develops as an emotionally available caretaker/parent to both boys and girls.

When we meet an older Harry in Harry Potter and the Cursed Child, he struggles to connect with his son Albus. Generational differences and a huge contrast in their upbringings leave their relationship patchy at best. Harry takes all the necessary steps to develop his own emotional maturity and connect with Albus without relying too much on the emotional labor of the women around him. 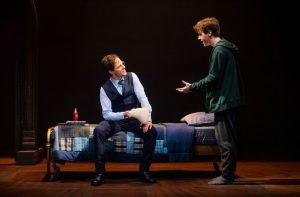 6. Harry accepts that anger is no excuse for violence or abuse.

You can be mistaken for thinking that the man described in this article is some sort of patient fairy saint. In contrast, Harry is actually very quick to anger, and Harry Potter and the Order of the Phoenix could well be called Harry Potter and the Unmanaged Anger Issues. Throughout, Harry copes with his own intense and justified anger, largely without lashing outwards. When he does cross the threshold (for instance, trashing Dumbledore’s office in a fit of rage over the death of Sirius), he feels remorse and shame at his actions and takes accountability for them. 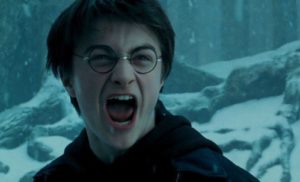