When a group of pupils from Parklee Community School in Wigan, England, were told they weren’t able to go on a trip to Warner Bros Studio Tour London – The Making of Harry Potter, they decided to take matters into their own hands.

According to the school’s deputy headteacher, Becky Wood, the school couldn’t afford to pay for the trip.

Year 6 have always studied the Harry Potter books as part of the English [c]urriculum and were desperate to visit the Harry Potter tour. The cost of the coach was £1,200 [$1,690] just for the day, and we told them we didn’t have the money to pay for it.

The pupils were so eager to experience the magic of Harry Potter that they decided to organize a marathon to raise the money, running 26 miles over four days. 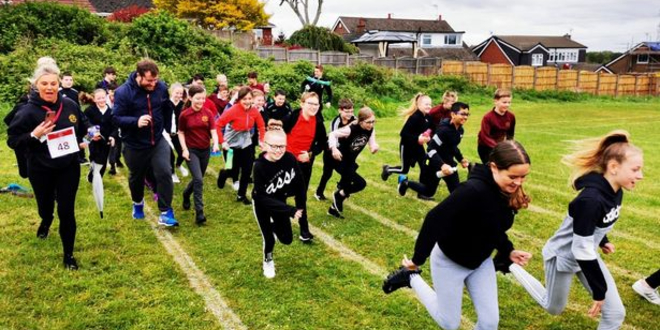 The marathon was a “huge challenge,” and the weather was not on their side since they got caught in several rainstorms, but thanks to their determination and teamwork, they accomplished their challenge, and their families and friends helped them raise enough money to make the visit to the Studio Tour possible.

One of the school’s core values is resilience, and Miss Wood spoke about the pupils’ incredible efforts.

It was a real challenge for them, especially on the Tuesday when they did 10 miles. They had aching legs and were very tired but still managed a play on the park when they went past.

We are incredibly proud of them. They managed to raise the full amount and went to London on Thursday to spend the day there. They had a fabulous time and after such a difficult year made some amazing memories together before they all go to high school. 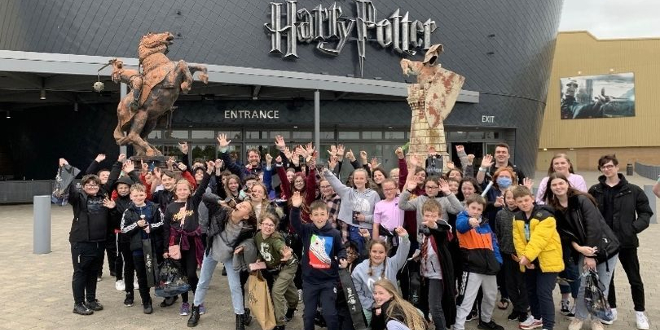 Over in West Salem, Wisconsin, a group of students has been given a surprise Harry Potter gift by their teacher.

The seniors of West Salem High School were attending their in-person graduation ceremony, and while giving the commencement speech, teacher Kim Volden asked the students to reach under their chairs for an envelope.

Volden had placed a pair of socks in each envelope, referencing the sock that Harry Potter gives to Dobby the house-elf in Harry Potter and the Chamber of Secrets. It was a symbol of the staff giving the students their freedom to take what they had learned at school into their post-graduation lives.

I wanted them to know that at this point you’re free. You’re able to go ahead and pursue the life of your dreams, not the life that someone else is prescribing to you.

One of Volden’s students, Grace Brigson, commented on her creative gesture, saying, “She’s so clever in that way, though. It wasn’t surprising that Ms. Volden did that. I’m very thankful she added her own twist on the speech, for sure.”

It’s been a tough year, not just for these pupils, but for students all around the world who have had to continue their studies through the challenges of COVID-19, and Volden believes that her students deserved this after their difficult year.

I felt like they needed to go out with something a little special and unique because they’ve earned it. They’ve been through a year-and-a-half [sic] of trying to teach in COVID world, and they’ve been troopers. I’m so proud of them. They did a great job.

These two heartwarming stories show the immense impact Harry Potter has on people all over the world of all ages, and we can only hope that the Boy Who Lived will continue to inspire and live on in generations to come.