It’s not an official event organized by any Muggle quidditch organizations or national governing bodies (NGBs). It was created by Keit Jons, who started this in the Facebook group called Quidditch: ALL The Regions!!

Let[‘]s have [a] fun, informal vote to see which team would win the next World Cup! Each round, vote who do you think would win in a single elimination match! All the 42 teams have been randomly placed! For each round, the team with the most votes wins and goes to the next round!

First, he posted a video with an explanation and with the seeding of teams. All teams from NGBs were placed at random. Even the new teams from England, Scotland, and Wales were included. That means there are 41 teams in the seedings. There were 42 teams at first, but Jons realized his mistake that there isn’t a team from Northern Ireland and corrected it.

The rules are simple. There are always two teams in the round, one match. People have to decide who would win the hypothetical World Cup match. Anyone can vote in the group by giving a reaction to a photo. Mostly, there are around 40 people voting. One round lasts 24 hours, and according to this, the finale should be played on August 5. 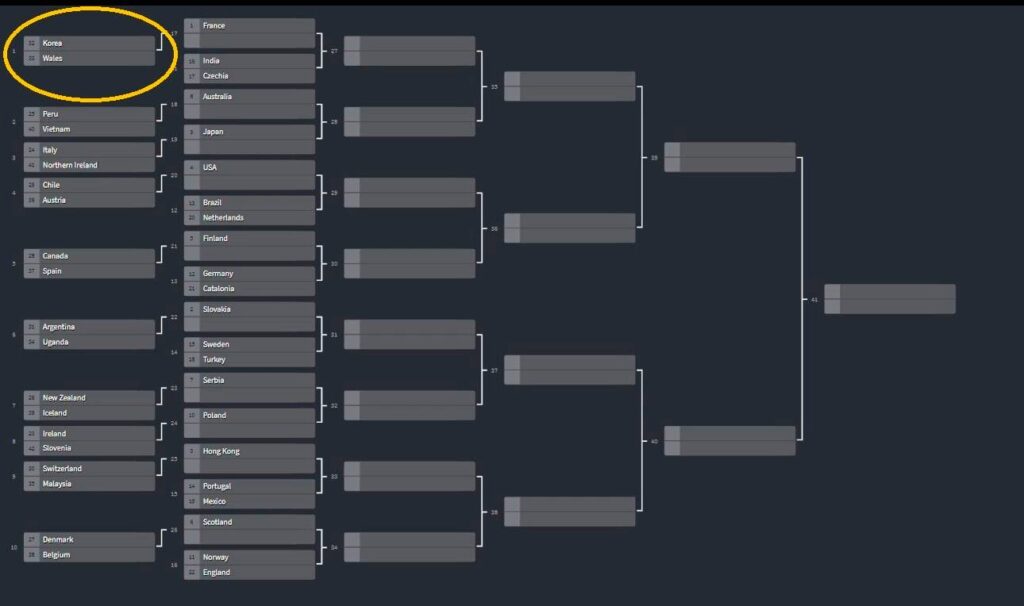 Currently, voting is in its seventh round. Chile, Korea, Spain, and Uganda already lost their hypothetical matches and are out. Austria, Canada, Italy, and Wales won these matches and moved into another round. Now, Ireland and Slovenia are competing against each other. 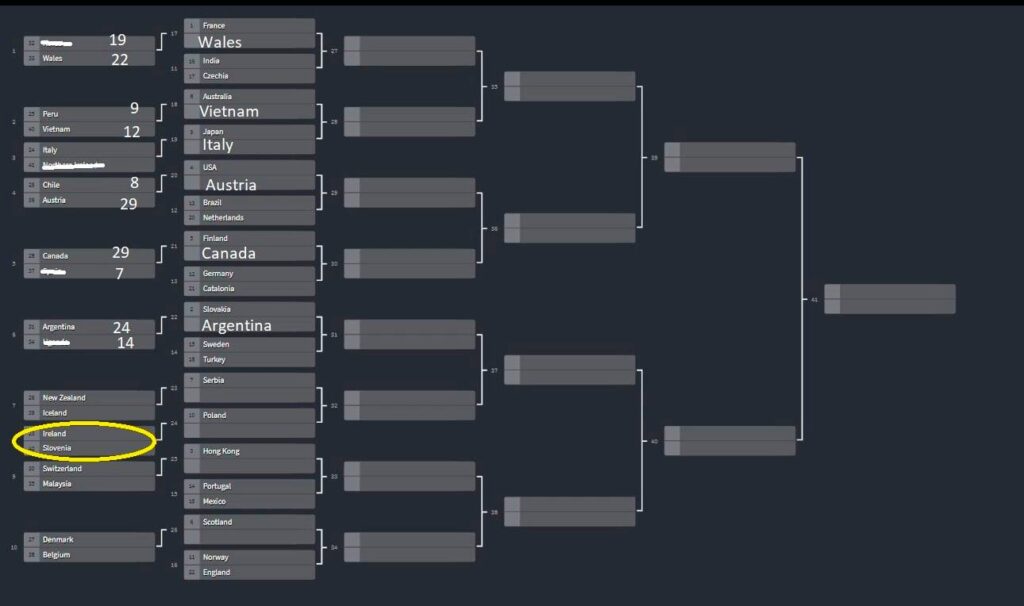