Harry Potter‘s birthday is just around the corner, and it’s got us thinking about what he might like to receive for his 41st birthday. Let’s take a look at some exciting new Wizarding World merch and see whether there are any presents that Harry (or you) might enjoy.

The latest New Zealand Mint coin comes in the form of the Hogwarts crest; what better way to remind Harry of his unusual yet unforgettable time at one of his favorite places.

There are only 5,000 Hogwarts Crest 1-oz. silver coins available worldwide, and they cost US$99. The crest bears the Hogwarts “H,” which is surrounded by the House mascots and engraved with the Hogwarts motto.

The Ian Rank Broadley effigy of Her Majesty Queen Elizabeth II is stamped on the back, confirming it is two dollars in legal tender. We think this would be the sort of present Hermione would gift, reminding Harry as he admired it not to leave it around when Ron was visiting, at the risk of it being taken and spent in a certain wizarding joke shop. 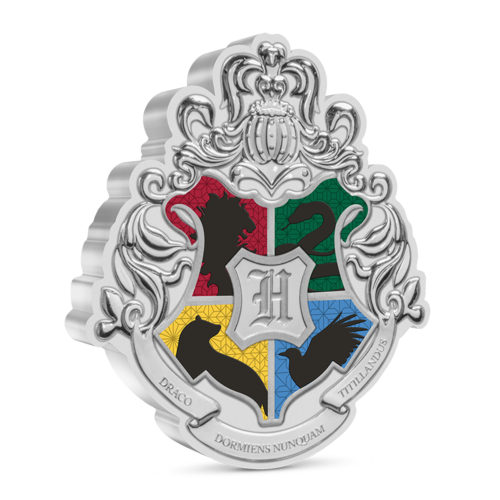 We’re not so sure Ginny will be popping this one into her basket for her husband, given many of the wands are likely to be replicas of those belonging to the Dark wizards he fought in 1998. It’s more likely that James Sirius Potter would purchase this for himself and pop it on the wall without his parents knowing.

We also think the new collection of Dark wizard wands at the Wizarding World of Harry Potter – Diagon Alley at Universal Studios Florida is pretty great.

The five wands are presented on a Dark Mark wall display that measures 17 inches by 6.5 inches and costs $200. 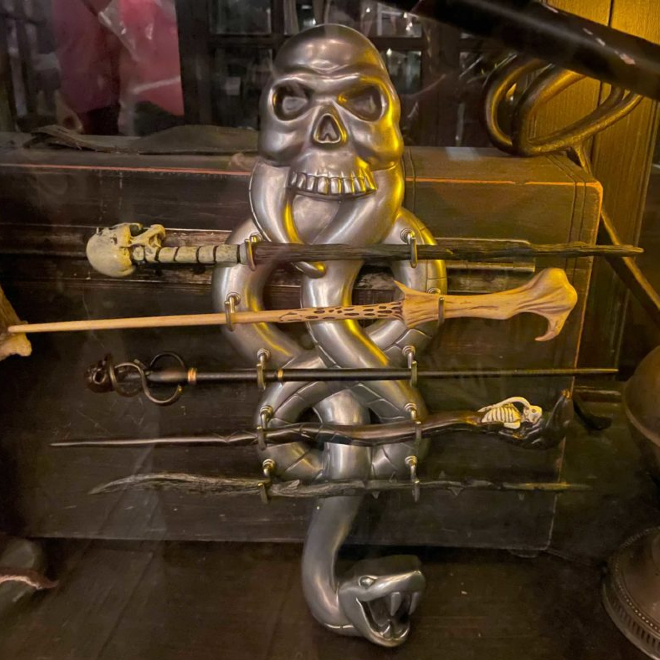 Each set includes a pen of a specific character’s wand and a bookmark that features a portrait and the name of that character. Each set costs $15, and they come in the following characters: Severus Snape, Ron Weasley, Luna Lovegood, Draco Malfoy, a masked Death Eater, Lord Voldemort, Ginny Weasley, and Narcissa Malfoy.

No Harry and Hermione sets are currently available, but we’re hoping these will appear at a later date.

We think that if Ron spotted the wand and bookmark set of himself, he’d be sure to gift it to Harry on his birthday with a chuckle and a comment of something along the lines of “something to remind you of me when you miss me.” 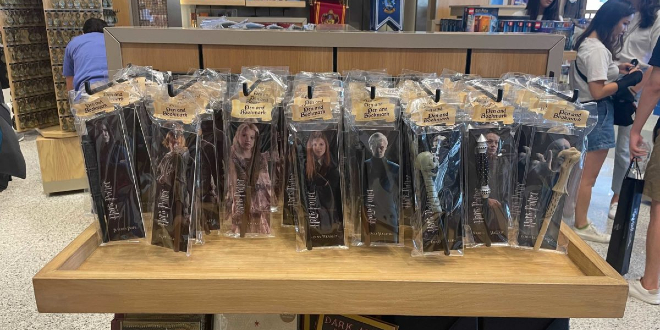 The selection of “Harry Potter” character wand pens and bookmarks

At the Universal Studios Store at CityWalk, you’ll also come across some new Deathly Hallows-themed merchandise.

If you want something a bit heftier than a coin purse, you could go for the wallet. It costs $45, features a silver pendant of the sign of the Deathly Hallows, and has several card slots and a zippered pouch.

You can pop your wallet or coin purse into the new black leather backpack that features the Deathly Hallows sign at the top and costs $75. It has a handy front pouch, additional storage on either side, and adjustable straps. A mini backpack is also available, which is $65. It has zippered front and back sections, one side pouch, and velvet straps that form the sign of the Deathly Hallows.

Lastly, you’ll find a clear waist bag for $32. It has the Deathly Hallows sign on the front and can be carried using a shorter chain or a leather belt that can be fastened around your waist.

We think one of Harry’s sons might grab the coin purse for his dad to remind him of their “awesome ancestors.” 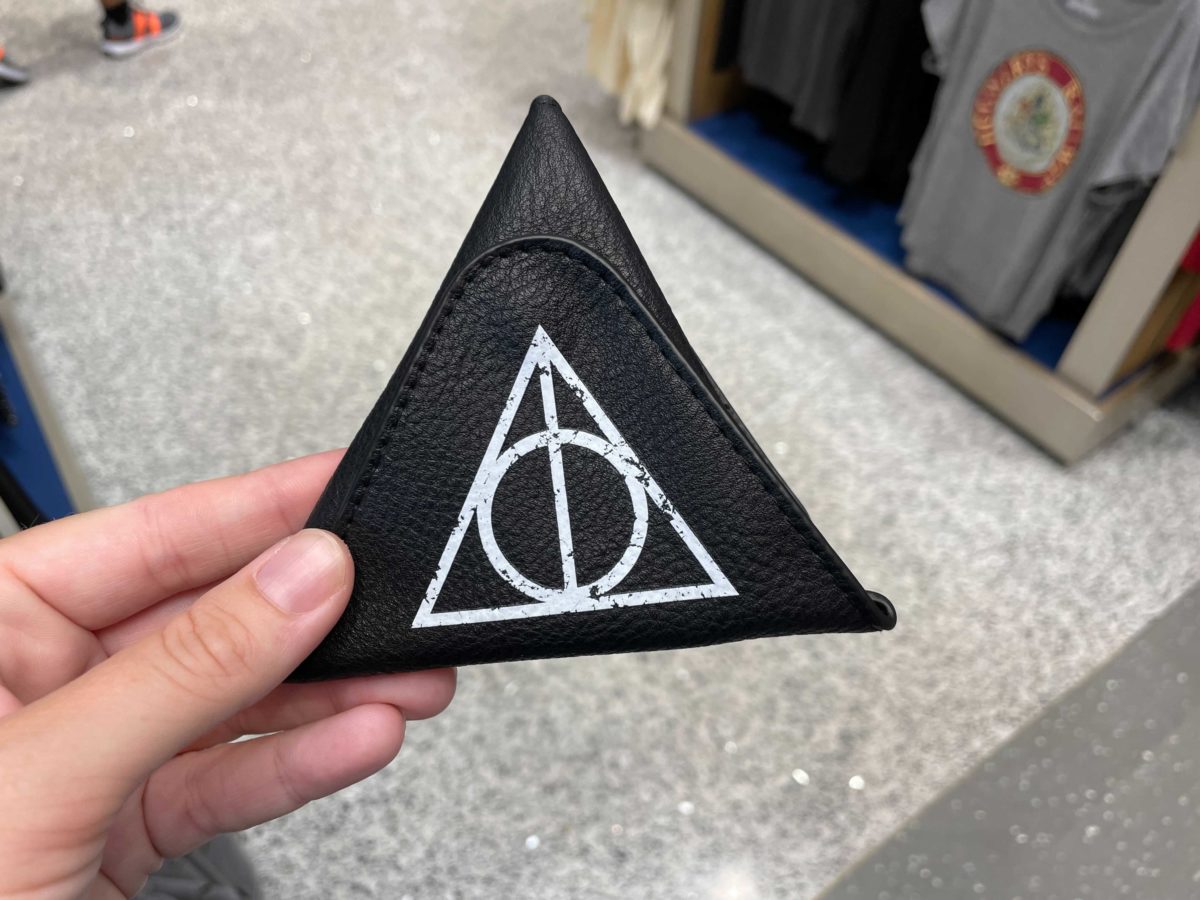 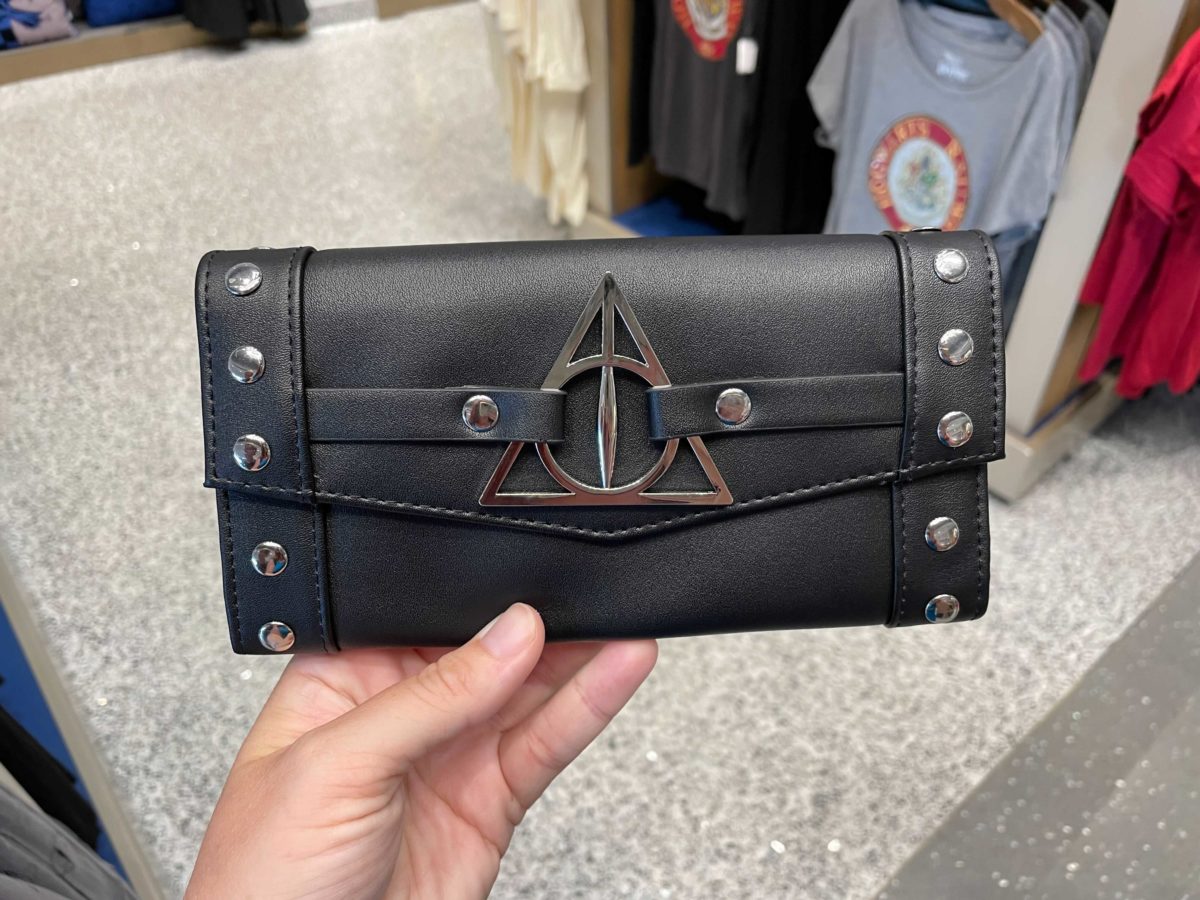 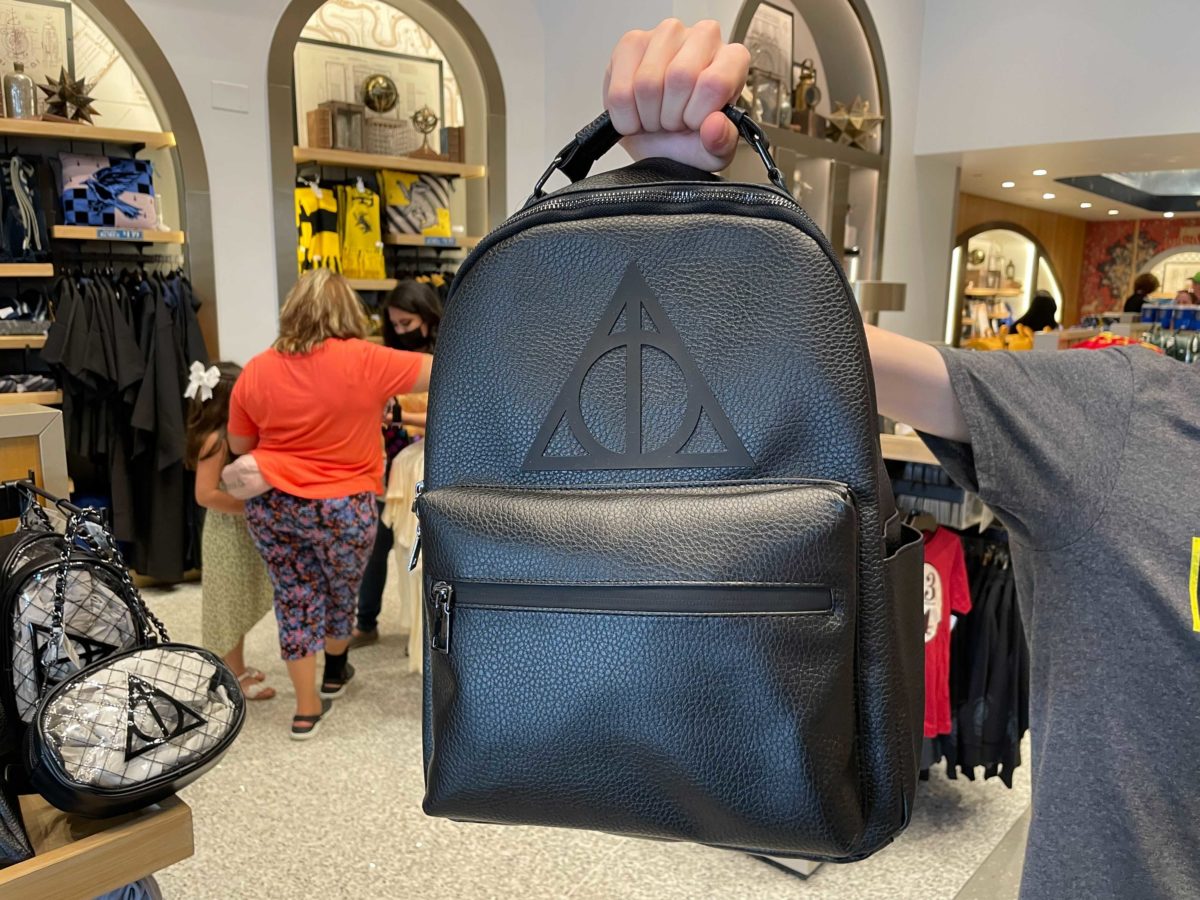 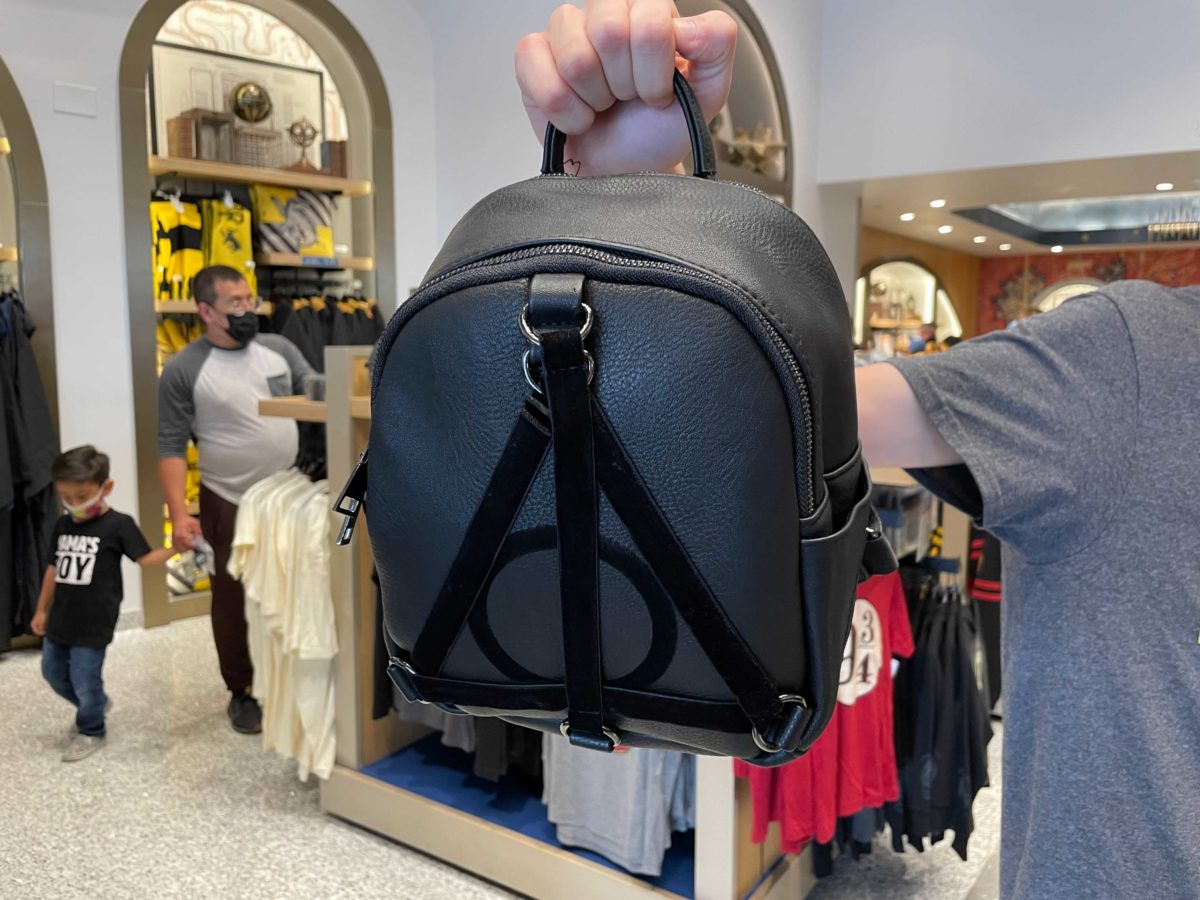 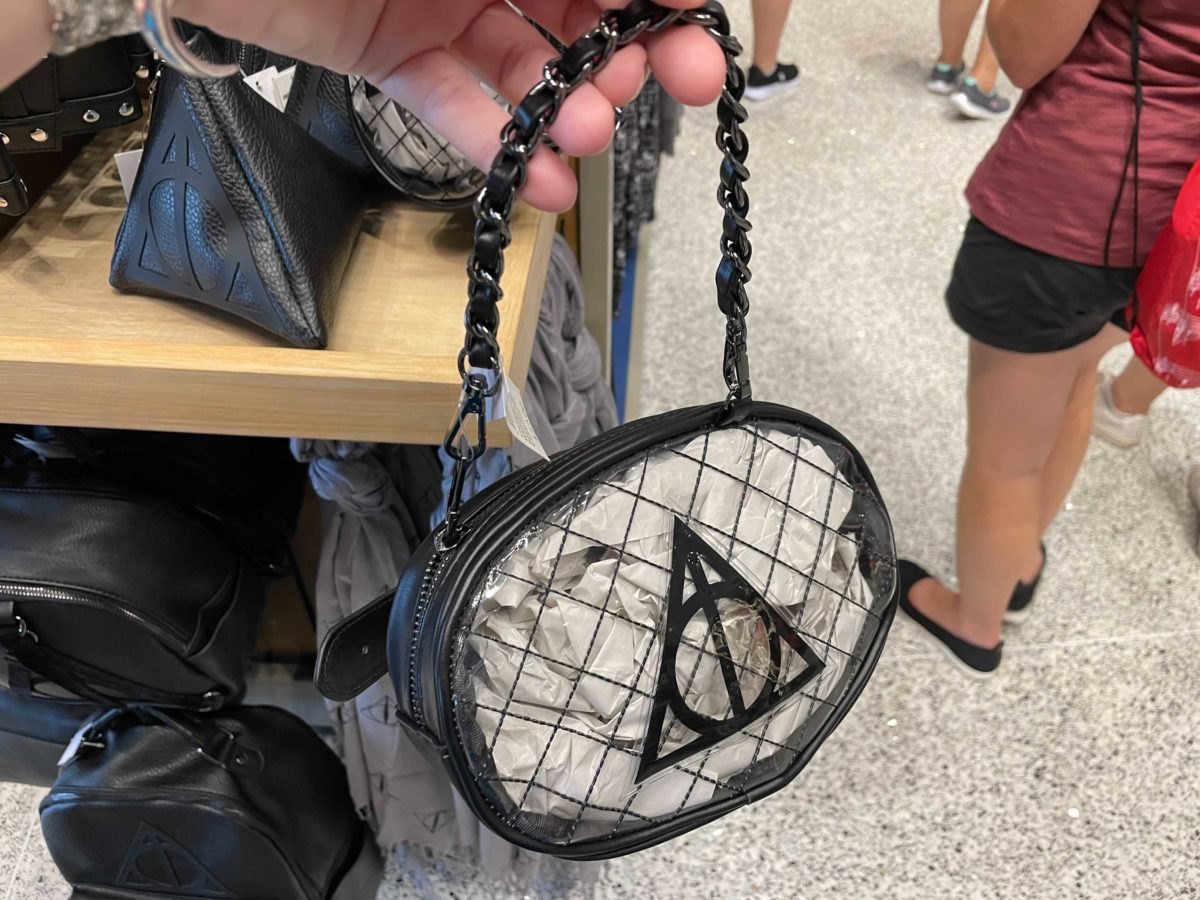 Which pieces of wizarding merch have you got your eye on, and what do you think would be Harry’s favorite from the collection?