I love playing games with my family and friends. A family gathering isn’t complete until we’ve played a round of Monopoly, Codenames, or one of the many other games from my large collection. I was in the market to finally pick up JENGA, and after discovering a Harry Potter version, I knew it would be the perfect take on a classic game.

JENGA: Harry Potter Edition contains the regular JENGA rules with an added twist: Climb the stairs (blocks) to reach the classroom marker at the top of the staircase (tower) before the stairs collapse on you. To determine how many stairs you attempt to climb during your turn, you roll a die. Worried about carefully removing one block? In this version of JENGA, you may have to move up to three blocks to complete your turn and climb the staircase depending on the number of lightning bolts you roll. I think this adds a fun dynamic to the game because you could succeed with your first two blocks but cause the tower to come crashing down on your third try, adding a new level of pressure when completing your turn. 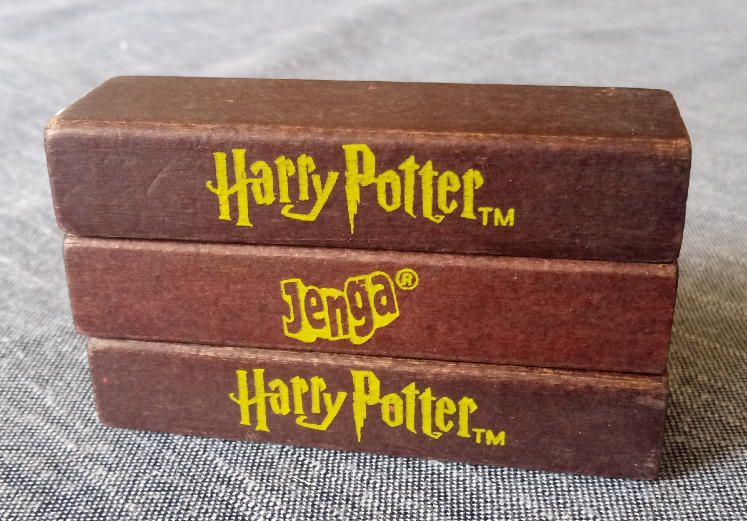 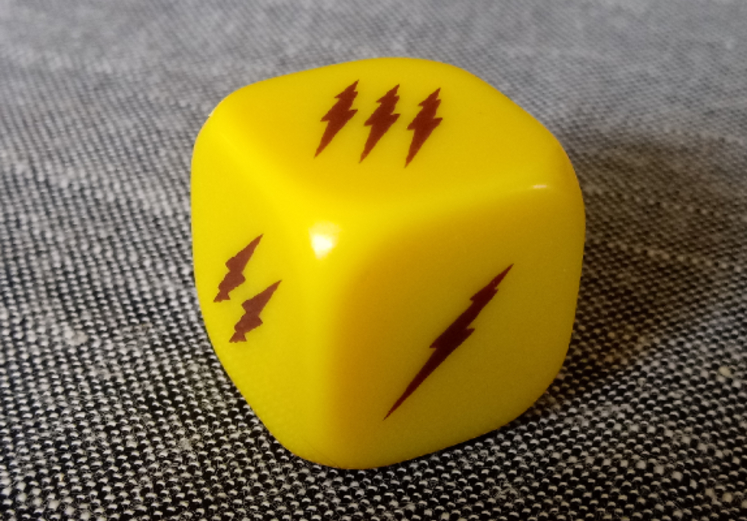 To keep track of which stair you are on as you climb to the classroom, four markers are included. These markers fit into holes provided on the short sides of each JENGA block. In keeping with the game’s theme, each marker is themed around a different Hogwarts House. Each marker has a simplified version of the House crest with a silhouette of the mascot. The badger on the Hufflepuff marker can be hard to see, due to it being a white silhouette against a bright yellow background, but otherwise, the images on each marker are very clear and legible. Be careful when putting them in the blocks on your tower. If you push too hard, your tower may fall over. 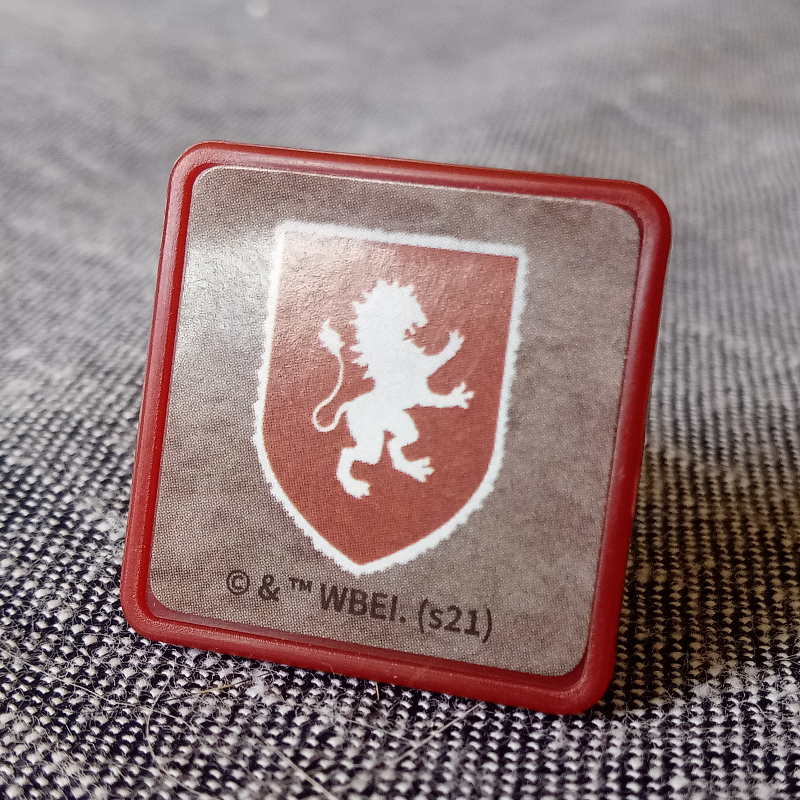 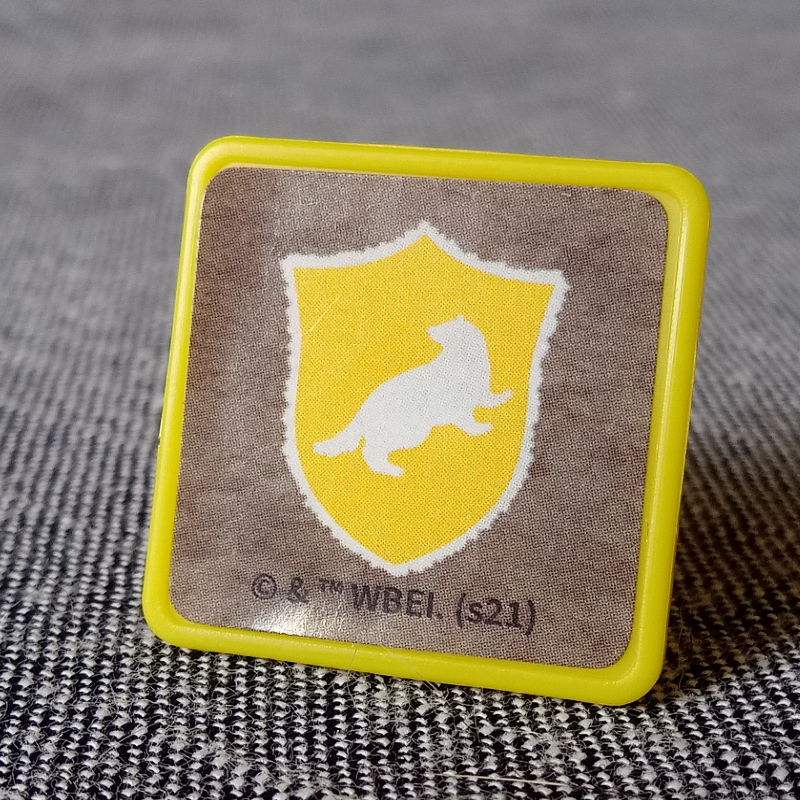 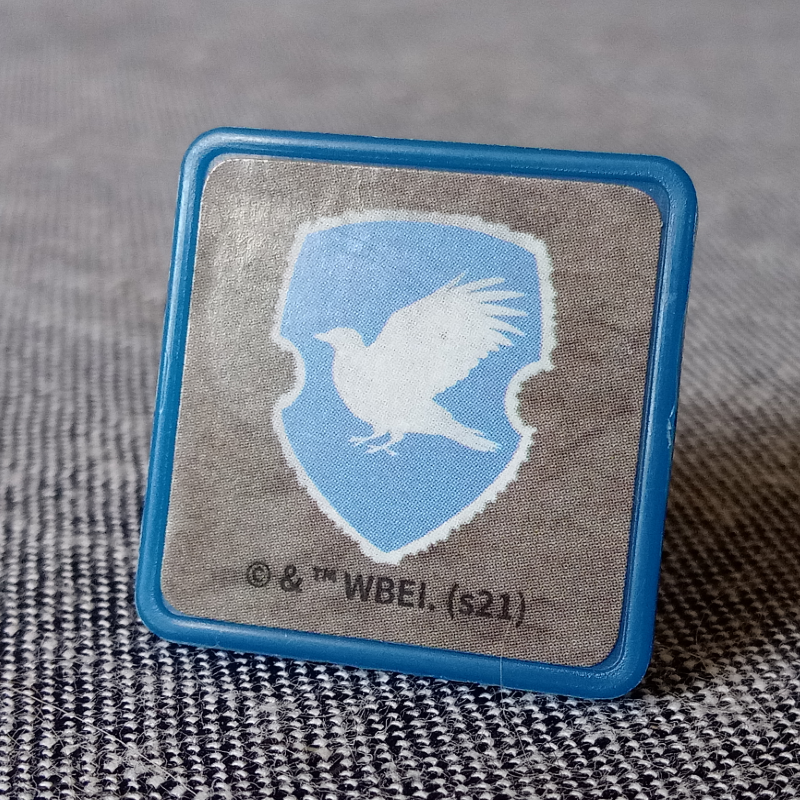 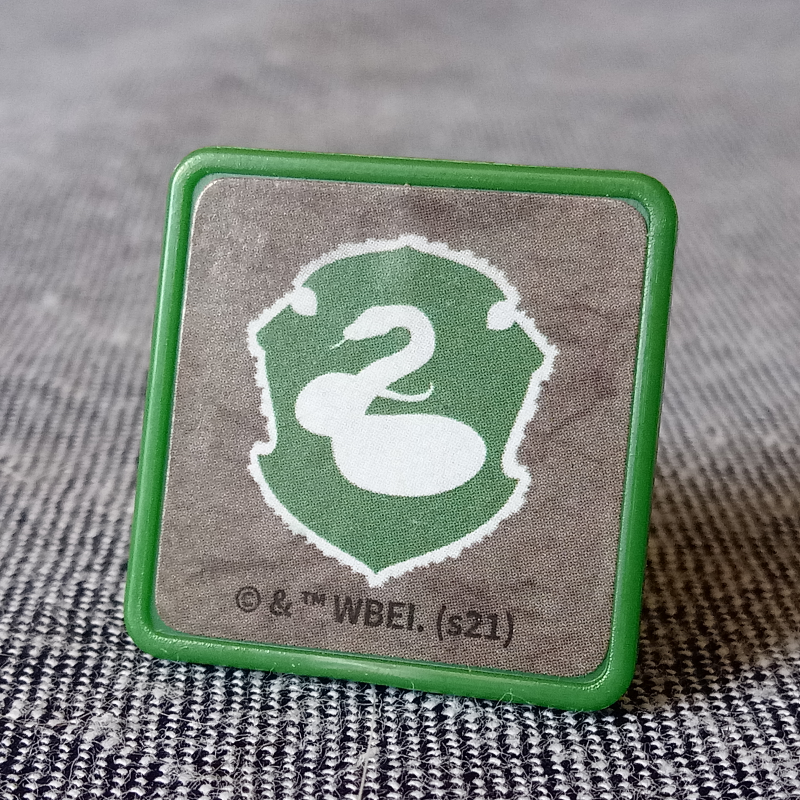 This version of JENGA is marketed as being for one or more players, though with only four House markers, you are limited to four players unless you create other markers to use. Additionally, if you have more than one Ravenclaw (or any other House) in your group, someone will have to use a different House marker. However, this could be used as a fun way to play JENGA in House teams, especially if you are having a Potter-themed party. 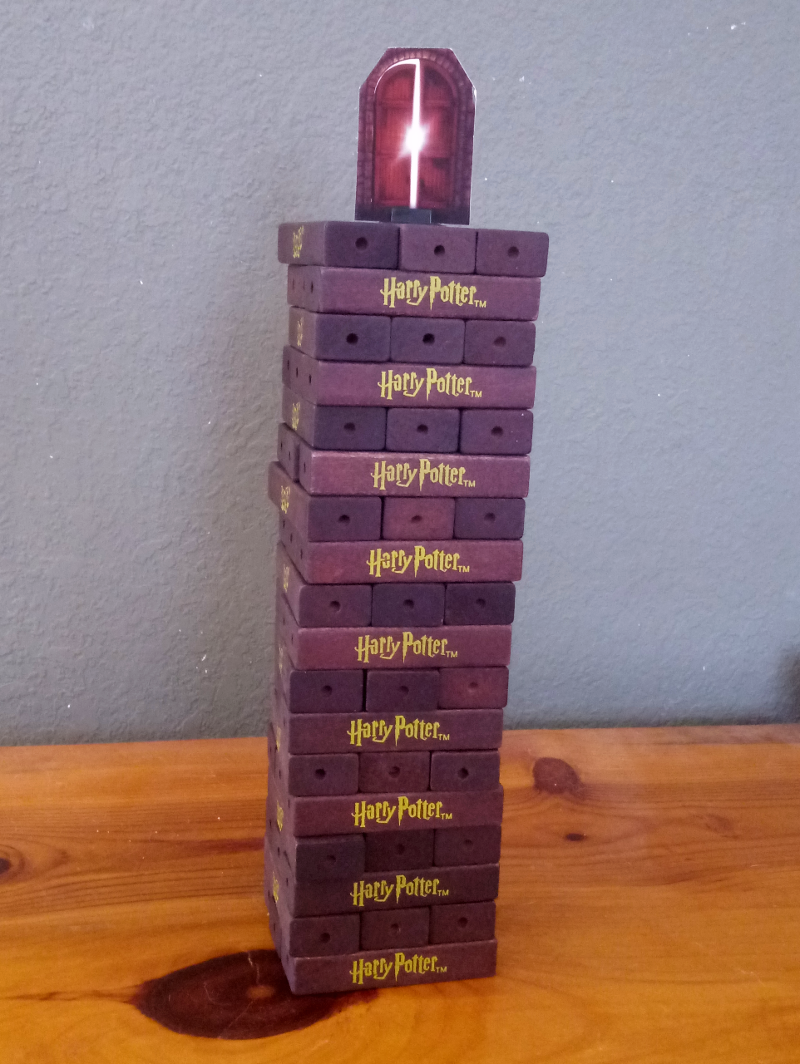 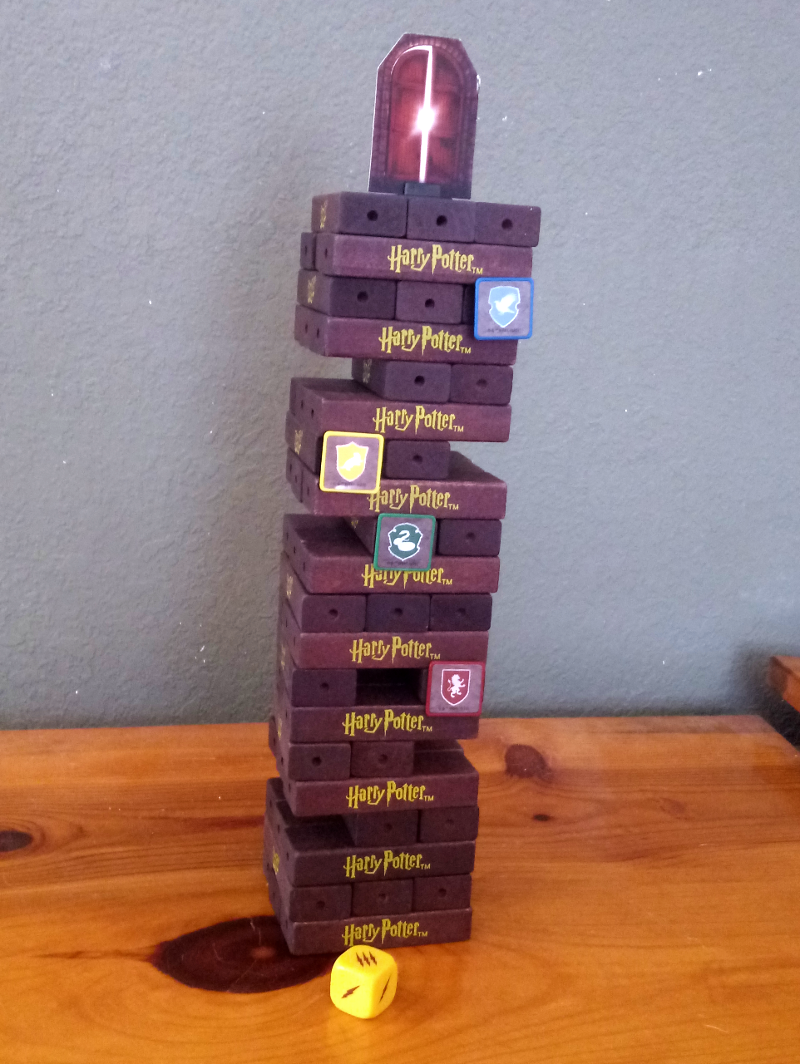 If you are a Harry Potter fan or just someone looking for a different take on JENGA, this game is for you. It requires very little setup, is great for all ages, and is the perfect addition to any Potter collection.

A JENGA: Harry Potter Edition game was provided by The Op Games. All opinions belong to the reviewer.