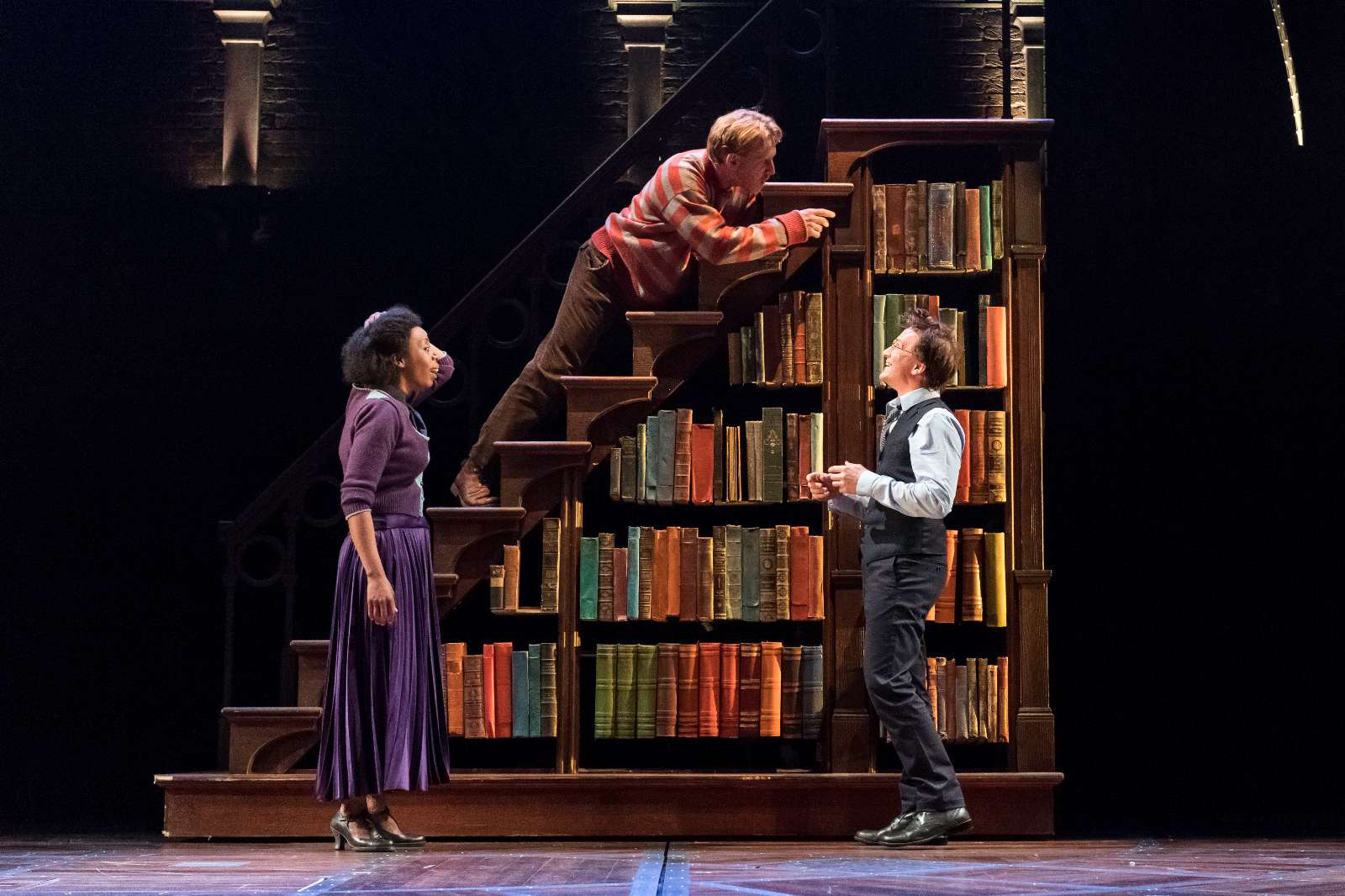 Ron: “Nope! I was definitely not sleeping on the stairs. Certainly not. I was reading a book. I left it right here… somewhere…”
—Nav

For the first time in fifty years, Ron was willingly picking out a book to read!
—Barry

Harry: “When you said these books were on another level, Hermione, I didn’t think you meant on ACTUAL levels!”
Hermione: “What else did you expect?”
—HumbleHufflepuff

Hermione: “You know, I prefer the library I got from the Beast.”
Ron: “What?”
Hermione: “Oh, sorry, that was a different Hermione actress.”
—Sam

Hermione: “This is my collection of Hogwarts: A History, every printed edition since its first publication.”
—Katherine

Ron: “So, I was thinking we could convert our library under the stairs into a spare bedroom. What do you think, Harry?”
—Troi

Hermione: “Ron, come down from there!”
Ron: “Not until the spider is gone!”
Harry: (laughing uncontrollably) “You’re still scared of spiders!”
Ron: “At least I’m not afraid of pigeons!”
Harry: “Hey!”
Ron: “You started it!”
Hermione: “Boys, boys, let’s all admit… both of you are pathetic!”
—So bored

Ron: “What’s this? You have a book about the Tutshill Tornados but not the Chudley Cannons? I’m not sure we can stay married after this.”
—Sam

When Hermione summoned Dumbledore’s collection of Horcrux books, she didn’t expect them to come still organized on a bookshelf.
—Abbey

The bookcase: It’s a bookshelf and a staircase, so it’s a bookcase!
—E

Ron: “Do you really think Hermione will want to go out with me if I give her this bookshelf?”
Harry: “Sure! It’s Hermione we’re talking about!”
—Anonymous

And then, Ron wondered why he was the only one who, as an adult, still dressed the way he did as a kid.
—Sam