We’ve been whisked back to the magic of the Wizarding World with an extraordinary rendition of Peter Bence’s Harry Potter medley, which is titled “Harry Potter and the Impossible Piano Performance” on his YouTube.

Bence is an “internationally acclaimed virtuoso pianist, recording artist, composer, and producer,” and he previously held the Guinness World Record for most piano key kits in one minute before being bested by Portuguese pianist Domingues-Antonio Gomes in 2017.

Bence’s medley contains a mixture of “Hedwig’s Theme” and “Harry’s Wondrous World,” which were composed by John Williams for the first installment of the Harry Potter series. Williams went on to compose the scores for the next two films.

While all eight soundtracks are wonderfully enchanting, there’s something nostalgically magical about hearing Williams’s “Hedwig’s Theme,” taking us back to the very first time we met Harry on-screen. 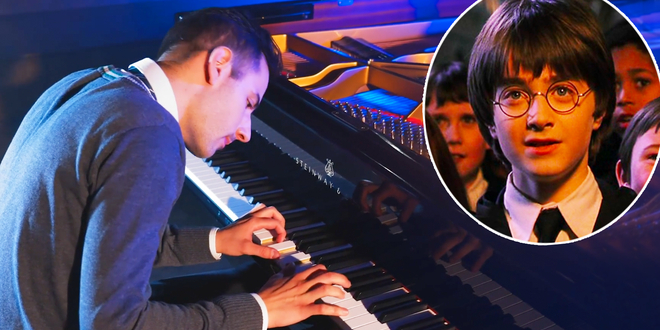 It took a while to arrange and practice this piece, but I hope it did justice to one of my favorite soundtracks and favorite composer, John Williams!

If you look closely, you might spot the glimmer of green coming from the Slytherin sweatshirt and tie that he wears throughout the performance.

You can watch Bence’s spellbinding performance below, and if you’re feeling as brave as a Gryffindor, you can even download a music sheet and try it yourself!