The ever-expanding world of Harry Potter and Fantastic Beasts is a magical concept in itself; just when you think everything in the wizarding world has been covered, another great item is released. In this edition of Merch Madness, we look at finds from Universal Orlando Resort as well as exciting additions to the New Zealand Mint and Build-A-Bear collections.

Calling all chibi coin collectors – if you have an older version of Albus Dumbledore and would like to put him alongside his younger self, New Zealand Mint has just released young Albus Dumbledore, as he appears in the Fantastic Beasts films. Dumbledore looks dapper with his neat brown beard, carrying his wand and wearing a shirt, tie, and navy overcoat.

The coin comes in a Fantastic Beasts–themed outer box that has a large window so you can admire your keepsake. Inside the box, you’ll find a Certificate of Authenticity and a confirmation of the coin’s unique serial number. 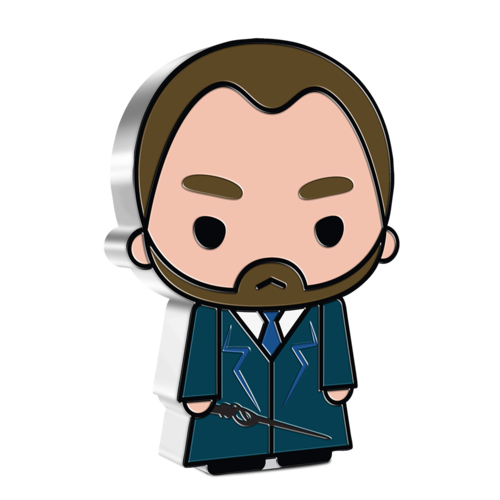 Build-A-Bear has expanded its Harry Potter collection! Now customers can dress their bears in Muggle versions of Hogwarts House attire, with hoodies featuring the four House colors and the crests of Gryffindor, Slytherin, Ravenclaw, or Hufflepuff, completing the look with a matching House beanie. 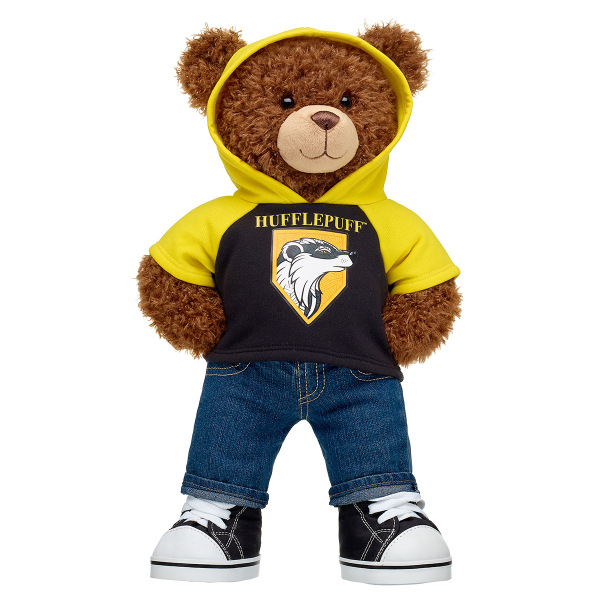 A bear wearing the Hufflepuff items from Build-A-Bear

Jennifer Kretchmar, the chief digital and merchandising officer at Build-A-Bear, says they are “thrilled” to be bringing more magic to the Build-A-Bear workshops.

Wizarding World fans are sure to be captivated by these new additions to our Harry Potter collection. From magical creatures to new ways to display your house pride, this enchanting assortment has something for everyone, whether you’re looking for the perfect gift for the Harry Potter fan in your life or adding a new furry friend to your collection!

A new plush Hedwig is also available and comes with a personalized Hogwarts acceptance letter. 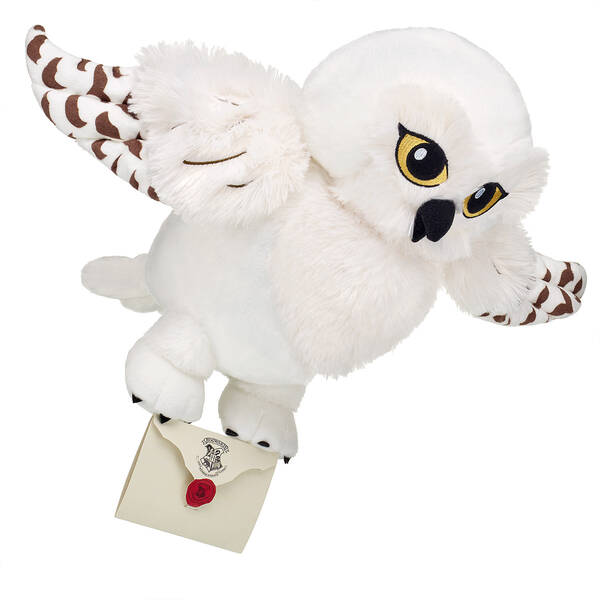 If you’re looking to document your magical Potter memories, you’ll be eager to get your hands on this new album at Universal Orlando Resort, which resembles the one Hagrid gives to Harry in Harry Potter and the Sorcerer’s Stone.

Costing $50, the album comes in a dark, red-brown vegan leather, and the front cover features a golden Hogwarts crest surrounded by the four House mascots.

It could be used as either a photo album or a scrapbook, and with 80 pages containing several different layouts, you can stick your images into the blank squares. Some pages also have lines so you can caption your pictures, and the album includes a page of stickers and 100 page corners. 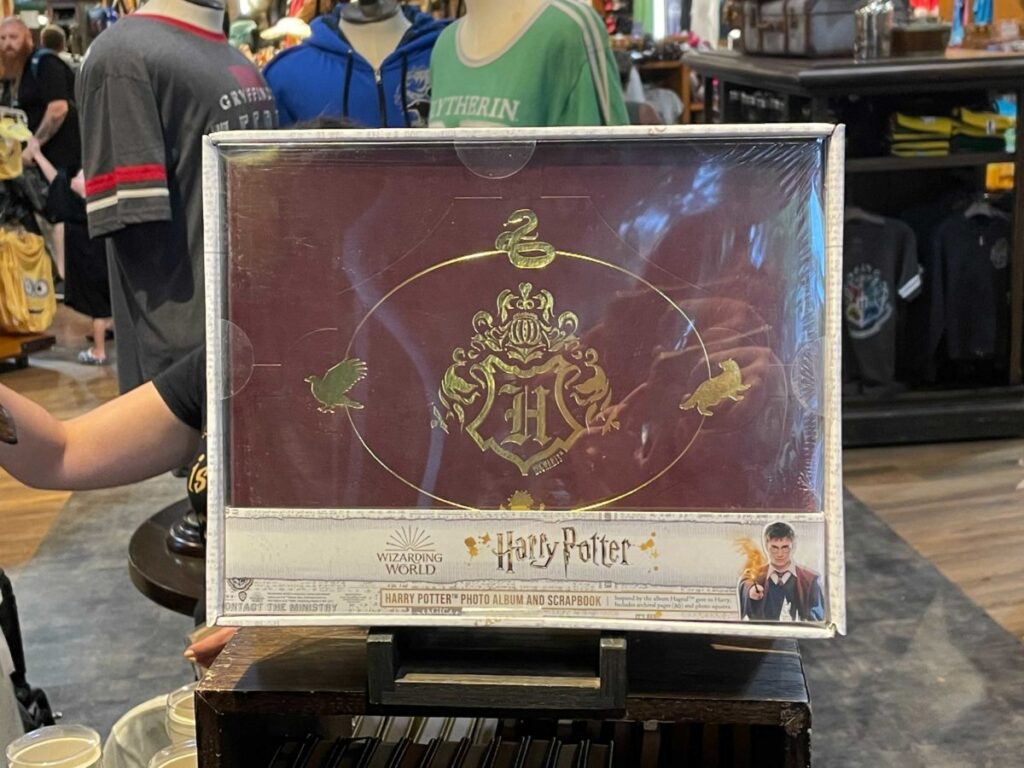 Each pin features the House animal in its corresponding House color, embellished with gold and embossed with the House name. 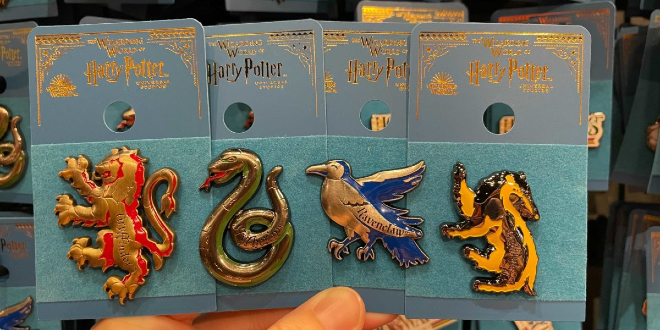 Which of these exciting items will you be using a Summoning Charm on?