The Truth About Regulus Black: Why He Deserved Better

This is the story of young Regulus Black, Who didn’t make the cut as a hero when we first heard about him. As a Slytherin belonging to the noble house of Black, he earned the Dark Mark at Sixteen.

He was everything his brother Sirius could never be: He didn’t associate with Muggles or Muggle-borns, did not get into Gryffindor, and never went against family traditions.

‘He was younger than me,’ said Sirius, ‘and a much better son, as I was constantly reminded.’
‘But he died,’ said Harry.
‘Yeah,’ said Sirius. ‘Stupid idiot .. he joined the Death Eaters'” (OotP).

Serving the Dark Lord was his duty and something he started taking great interest in, as it would bring honor to his pure-blood family and make him the ideal son he always wished to be. After Sirius left the family due to their “Pure-blood mania” and seeing his name burned off the family tapestry, Regulus realized that he could be disowned any time he made a small mistake.

While the Slytherin was not perfect, he had no evil desires at heart, and being the youngest, the influence and fear of his family forced him to make a major life decision to join the Death Eaters.

Like many other supporters of the Dark Lord, the Blacks were unaware of what went on in Voldemort’s inner circle, which drove Regulus to be a part of them.

We always need a compelling reason to oppose something great, and for Regulus, that reason was his house-elf: Kreacher. In the chapter “Kreacher’s Tale,” Regulus had let Voldemort borrow Kreacher, and to put the Slytherin Locket’s defenses to the test, the Dark Lord took the elf to a cave and forced him to drink the burning poison. Even though Kreacher was left to die, he escaped on Regulus’s command, who by then had an inkling of the Dark Lord’s practices, and it was at that moment, Regulus realized something was wrong and wanted to figure out what it was.

The young Slytherin was rather good at the Dark Arts, which helped him look deeper into the subject, and after researching Voldemort, he proved that he was also brilliant. This was shown in his ability to uncover Voldemort’s plan of gaining immortality, which happened the night he came home “disturbed” and “not as he usually was,” according to Kreacher (DH 196). 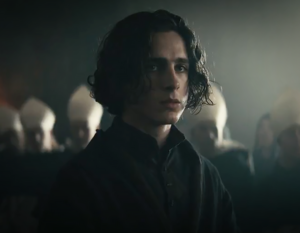 Additionally, He was not just smart and extraordinarily great at investigating You-Know-Who: he was also selfless. Imagine being okay with dying at the age of 18! The brave Slytherin sacrificed himself to the Inferi in the hopes of destroying Voldemort’s Horcrux and making him mortal once again. He realized that Voldemort’s powers would be used to destroy others and decided that the only way to stop that from happening was to destroy the object that could help the Dark Lord gain the strength he required. He planned everything without letting anyone know besides Kreacher. Regulus was innocent. He did not want anyone to suffer. He drank the poison himself, ordering Kreacher to leave with the locket and destroy it. 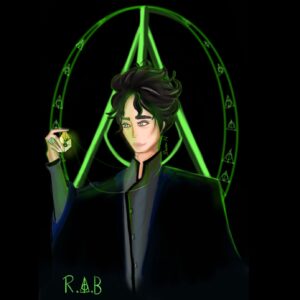 It should be noted that if he died for the sake of fame, he would have at least written his full name in his letter to Voldemort. Instead, he gave up his life as a silent hero to protect his family from the Dark Lord’s wrath if he discovered the young Slytherin’s betrayal.

Regulus deserved more. For everything he did, he deserved greater love and appreciation. His brother would have been proud of him if he had known what he died for, and If his story had been known to others, it would have served as an inspiration for many, perhaps including Draco Malfoy. Harry Potter was one of the first to know how he died, and he must have tried to revive the Slytherin’s name after Voldemort’s fall.

I have stolen the real Horcrux and intend to destroy it as soon as I can. I face death in the hope that when you meet your match, you will be mortal once more.” – Regulus in his final letter to Lord Voldemort (HBP 609).