The Harry Potter series is filled with a plethora of great characters. There were some we followed closely and got to see develop, and some we only saw once. However, there are a few people who popped up rarely – or were only mentioned – that we wish we’d seen more. 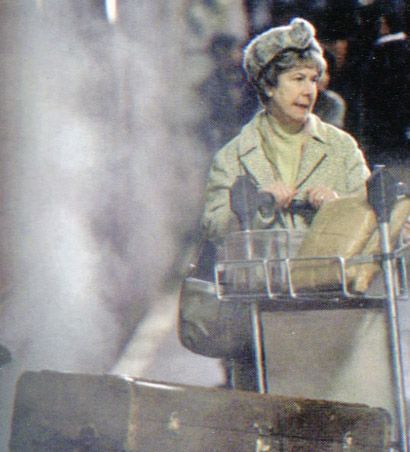 As Neville’s grandmother, her presence was felt much more than we actually saw. She was someone who contributed so much to Neville’s character and upbringing. From what Neville has mentioned, we know that she is strict and has high expectations for him. However, she clearly loves him and is incredibly proud of him. Plus, she is definitely an impressive woman who single-handedly raised her grandson after his parents were tortured. That’s not to mention that she is a very formidable foe:

‘They [the Death Eaters] bit off a bit more than they could chew with Gran. Little old witch living alone, they probably thought they didn’t need to send anyone particularly powerful. Anyway,’ Neville laughed, ‘Dawlish is still in St. Mungo’s and Gran’s on the run. She sent me a letter,’ he clapped a hand to the breast pocket of his robes, ‘telling me she was proud of me, that I’m my parents’ son, and to keep it up.’ (DH 576) 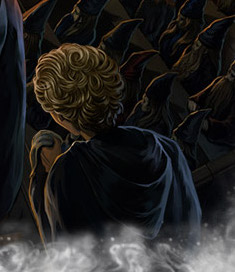 Mrs. Crouch was a character whose actions changed the story. If it weren’t for her maternal love, Barty Crouch, Jr. would have probably died in prison and the events of Harry Potter and the Goblet of Fire would have gone very differently. However, for a character that played such a pivotal role in the history of the wizarding world, we don’t know much about her; we don’t even know her first name. It would have been great to see more of her life when she was living and her complicated relationships with her husband and son. 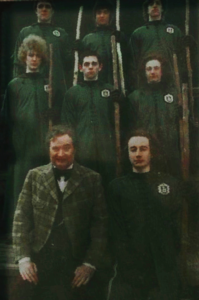 Regulus was another pivotal character we don’t see but who greatly influenced the narrative. He had such a fascinating backstory, with his upbringing as a Black, his life at Hogwarts, his becoming a Death Eater, and his eventual betrayal of them. He was definitely more complicated than Sirius thought he was, and it would have been great to see more of his story.

“No, he [Regulus] was murdered by Voldemort. Or on Voldemort’s orders, more likely, I doubt Regulus was ever important enough to be killed by Voldemort in person. From what I found out after he died, he got in so far, then panicked about what he was being asked to do and tried to back out.” (OotP 112)

His brother Albus had a full life; we’ve seen some of it in the Harry Potter books and will see more in the upcoming Fantastic Beasts films. However, Albus’s brother’s life is quite unknown. Besides the skirmish between him, Albus, and Grindelwald that ended Ariana’s life – and that he was in the Order during the First Wizarding World – we don’t much about it. How did he end up in the Hog’s Head? What did he get up to after the Second Wizarding War? There is a lot of scope to explore there.

Aberforth was never bookish and, unlike Albus, preferred to settle arguments by dueling rather than through reasoned discussion. However, it is quite wrong to suggest, as some have, that the brothers were not friends. They rubbed along as comfortably as two such different boys could do. In fairness to Aberforth, it must be admitted that living in Albus’s shadow cannot have been an altogether comfortable experience.” (DH 18)

As a Squib, Arabella’s early life must have been very difficult. However, she made the best of it and helped out however she could. She was there for Harry when Dementors attacked him and at times during his childhood. After the events of Harry Potter and the Order of the Phoenix, we don’t see her again. It would have been great to find out more about her backstory and what she was up to during the Second Wizarding War.

‘Why didn’t you tell me you’re a Squib?’ Harry asked Mrs. Figg, panting with the effort to keep walking. ‘All those times I came round your house — why didn’t you say anything?’
‘Dumbledore’s orders. I was to keep an eye on you but not say anything, you were too young.’” (OotP 22)

What do you think of my list? Are there any other minor characters you would have liked to have seen more of? Let us know in the comments!