After its Welcome Weekend, US Quidditch’s (USQ) regional championships for Muggle quidditch started in the United States. The first one was the US Quidditch Mid-Atlantic Regional Championship (MARC).

USQ MARC was held in Richmond, Virginia, on October 23–24. It is an event that is organized for both college teams and club teams. Both are separated and divided into two divisions.

After the first set of games on Saturday morning, the teams were seeded into an upper pool and a lower pool based on their results. On Saturday afternoon, the teams in both pools played against each other without playing against their previous opponents. The next day, on Sunday morning, all teams continued in the bracket structure. 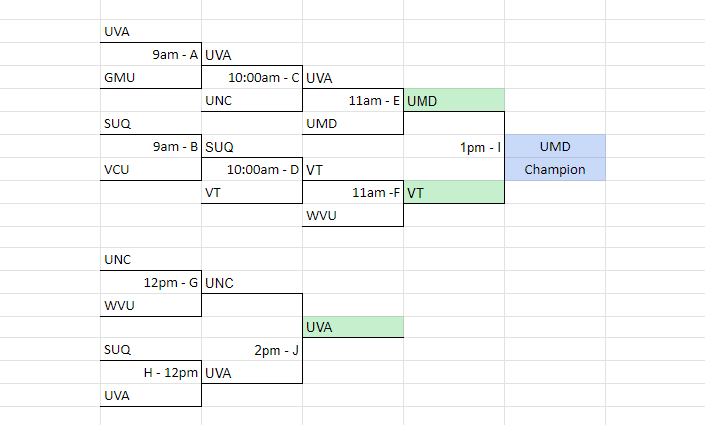 The Sunday bracket of USQ MARC with results