MYTHTERY: Neville Wasn’t Bad at Magic – He Was Using the Wrong Wand

In his first years at Hogwarts, Neville Longbottom came off as a clumsy student who performed poorly when using magic. However, his bad performance was nothing to do with his magical ability; instead, it had to do with the wrong wand. 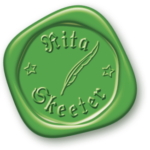 Throughout the entire series, the importance of having the correct wand for the owner is stressed:

“The wand chooses the wizard,” said Ollivander. “That much has always been clear to those of us who have studied wandlore.”
“A person can still use a wand that hasn’t chosen them, though?” asked Harry.
“Oh yes, if you are any wizard at all you will be able to channel your magic through almost any instrument. The best results, however, must always come where there is the strongest affinity between wizard and wand” (DH 494).

Until Harry Potter and the Order of the Phoenix, Neville struggled in Hogwarts. It was well-known that he had difficulties with most aspects of practical magic. Before the battle at the Ministry, we assumed it was because of his skill. However, the real reason he struggled in school might just be because he had a hand-me-down wand:

“My gran’s going do kill be,” said Neville thickly, blood spattering from his nose as he spoke, “dat was by dad’s old wand” (OotP 704).

Following this battle, Neville got a 13″ cherry wood, with a unicorn hair core wand from Ollivanders, one that chose him instead of just one that was given to him. His magical performance greatly improved following this new instrument. While this new wand definitely improved his ability, another explanation for his development might just be his participation in Dumbledore’s Army. With Harry as his teacher and his friends supporting him as he practiced, his confidence in himself grew, and his magical ability improved:

He [Neville] barely spoke during D.A. meetings anymore, but worked relentlessly on every new jinx and countercurse Harry taught them, his plump face screwed up in concentration, apparently indifferent to injuries or accidents, working harder than anyone else in the room. He was improving so fast it was quite unnerving and when Harry taught them the Shield Charm, a means of deflecting minor jinxes so that they rebounded upon the attacker, only Hermione mastered the charm faster than Neville” (OotP 553).

This would have been exacerbated following the battle at the Ministry when his family, especially his grandmother, publicly displayed pride in him.

With the combination of a wand that chose him, plus his improved magical ability and confidence, he was able to help defeat Fenrir Greyback at the Battle of Hogwarts in Harry Potter and the Deathly Hallows and fought at the Battle of the Astronomy Tower. Although the theory that his poor magical performance was due solely to his hand-me-down wand does have some merit, it is a simplification of the truth.