No frogs were kissed, but Matthew Lewis has grown up to be one of the hottest actors out there. He really has to be a grown-up as a dad-in-waiting in a new romantic comedy that’s bound to be fodder for more parental nagging for grandchildren.

The Dirigible Plum / The Quibbler

It’s procrastination time again. Come deep dive with me into Tumblr’s world of the wonderful, the weird, and the truly fantastic incorrect “Harry Potter” quotes.

We all have words or quotes that inspire us. Here are a few inspirational quotes that embody different characters from the “Harry Potter” series.

Which “Potter” Characters Would Buy These School Supplies?

Have you ever wondered what might be in your favorite character’s trunk when they go back to Hogwarts? 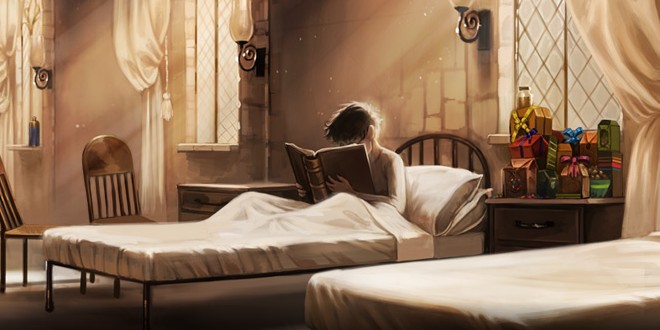 We’re all handling quarantine in our own unique ways. But how do you think the characters of “Harry Potter” would be handling it?

To celebrate “Star Wars” Day, we’re taking “Star Wars” philosophies to see how they alter the way we view the “Harry Potter” series.

Magical Commemoration of the Battle of Hogwarts

How would the wizarding world commemorate the Battle of Hogwarts?

What would Voldemort have said if Harry Potter had truly died at the Battle of Hogwarts?