MWRC is smaller than the previous 2021 USQ regional championships, NERC and the Mid-Atlantic Regional Championship (MARC). Only five teams registered for this event, and all are college teams. They are Blue Jay Quidditch, Creighton Quidditch, Kansas Quidditch, Mizzou Club Quidditch, and the University of Northern Colorado.

Having just five teams meant that MWRC had only one division, for Muggle quidditch college teams. This is also why MWRC was changed to a one-day event, on Saturday, October 30. 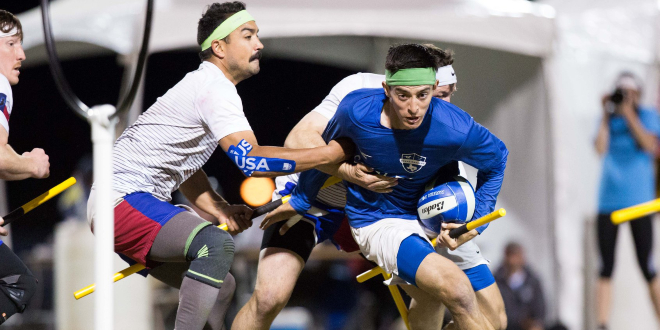 The game structure was simpler than in the previous 2021 regional championships. The teams participated in a single round-robin format, the same as should have happened in the club division for the canceled NERC.