Why I Would Never Use a Time-Turner

We’ve all had that moment when we run out of hours in the day or look at the long list of boring things we have to do, and you think, “if only I had a Time-Turner.” I’ve been there too. And while it’s fun to joke about, I would never use one if given the chance. 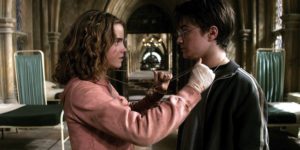 Before I begin, let’s briefly go over how Time-Turners work and their history. The Ministry of Magic-issued Time-Turners in the Harry Potter series are limited in what they can do. After intense study and trial and error, the Ministry concluded that five hours is the farthest anyone could go without causing any serious damage to themselves or the timeline. In making the Time-Turners, an incredibly unstable time spell was used, known as the Hour-Reversal Spell, and it could only be contained in the hourglass shape form of the Time-Turner. Each turn of the hourglass sends the time traveler back one hour, and the time traveler must relive that time before returning to the present. Because messing with time is so dangerous, Time-Turners are only used for small, trivial matters, such as taking extra courses at school. 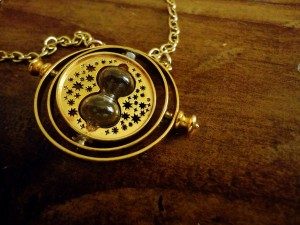 Going too far back in time or reliving the same hour over and over can significantly damage the timeline and the time traveler. Going back to change a huge issue will also have drastic changes to the timeline, and you have no way of knowing or controlling what the outcome may be (this is called a “branch timeline”). Think of it this way if you get your feelings hurt and let that emotion out, it will suck. But if you were to instead hold all those emotions in for days, months, or even years, then you will eventually explode. This would be a lot worse for everyone involved. The same goes for all things. If a time traveler were to go back in time to stop a bad event from happening, then now something even worse will happen because they didn’t let time flow as it was meant to. 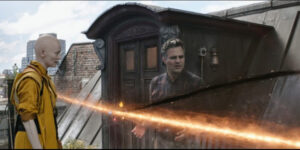 Fear plays a big part in why I’d never use a Time-Turner. Keeping in mind the laws of time, I’m afraid that I would drastically ruin the world I’m living in. Things happen for a reason. We may not know the reason, and it may not make sense for those things to happen, but if we don’t let time run its natural course, things could turn out to be so much worse. And it’s not just my life I would end up changing. Everyone in this universe is connected in some way, and I would feel so guilty if I ruined billions of lives because I was too selfish to live with my own hurt. 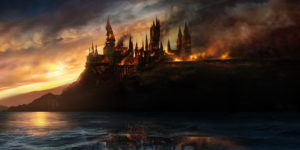 Greed is inevitable, and it lives in all of us, whether we want to admit it or not. I’m fairly certain that if I used a Time-Turner even once, I would become addicted to the endless possibilities laid at my feet. I want to say I’d be responsible and use my power for good, but I know myself, being able to manipulate time however you want is just too tempting. I would eventually allow myself to become corrupted by it, and I don’t want that to ever happen.

While using a Time-Turner for trivial things such as finishing homework, taking extra classes, or catching up on sleep seems reasonable and safe, I would still never do it. The first main reason would be because my mental health could not cope with the extra strain. I’m exhausted enough with a normal workload; adding more to my plate, even if it’s fun still, would be too much for me to handle. Having that safety net of knowing I have extra time would just end up hurting me. I would end up never learning how to manage my time. Part of growing up means learning how to balance all things in your life. You have to learn to make room for the things you love, and you have to learn to be responsible and do the things that may not be as fun. 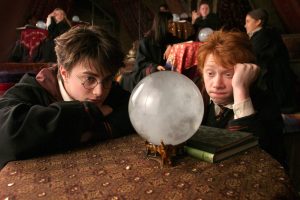 Part of what makes life so precious is that we have limited time. We plan out our lives to try and accomplish as much as we can before we die. We treasure the memories we’ve made because those are the only memories we have. We grow up to become strong, mature, and wise adults because we’ve learned from the mistakes of our past. If I used a Time-Turner to erase every embarrassing moment, or avoid every heartbreak, or stop every tragedy, then I would never allow myself the opportunity to learn and grow. I would be so fixated on the past that I would forget to live. You have no idea what the future holds, you can’t go back and change the past, and that’s a good thing. 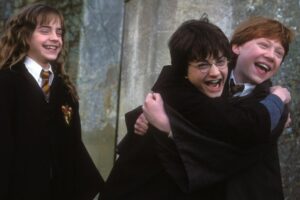 So what would you do if you were ever presented with a Time-Turner? Would you give in to temptation or play it safe? Let me know in the comments.