At Wizard World Chicago this weekend, fans lined up eagerly for the panel with Matthew Lewis (Neville Longbottom) and applauded as the actor took the stage… wearing a large walking cast? Here are ten things I learned in the next hour.

1. He broke his fibula playing football (soccer, to us Americans).

The first question asked was, “What happened?” with a gesture to his boot. Matt explained he injured his leg in a game. But the show must go on! 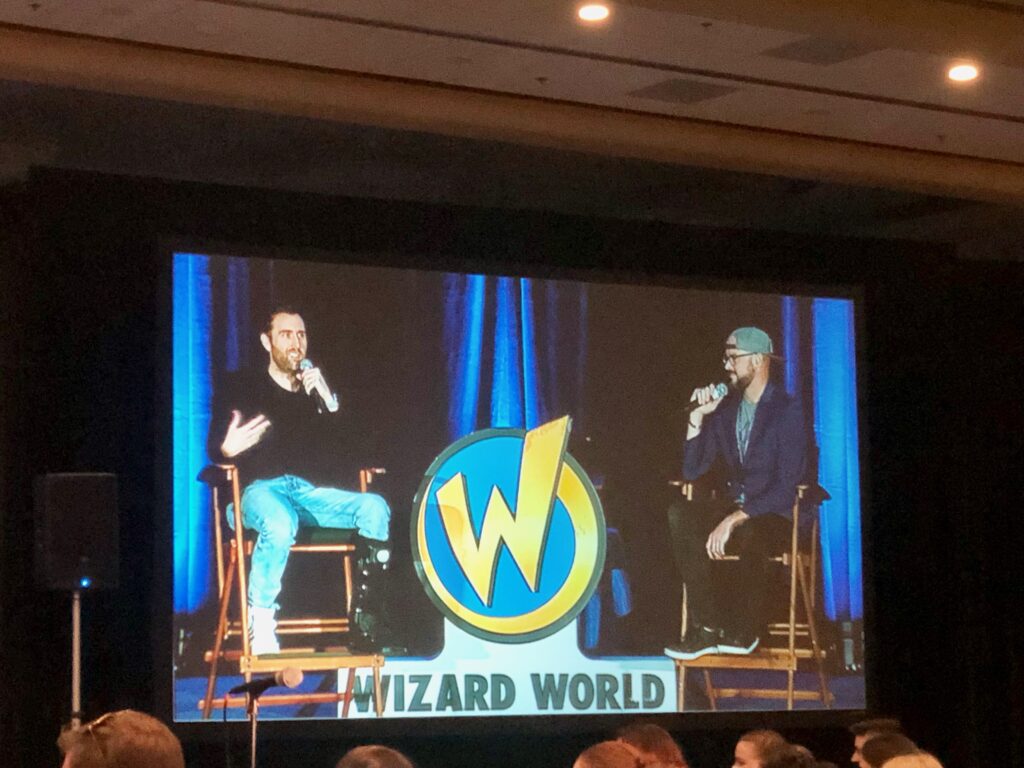 2. He is technically an employee of Leeds United Football Club.

Though he was never skilled enough athletically to play for his favorite team, he has since cocreated a podcast that was picked up by the club. He’s proud to say he is now officially employed by the Leeds team.

3. He worked with a Harry Potter costar years before being cast as Neville.

One of his first acting gigs was for a 1997 episode of the TV series Where the Heart Is. He acted alongside Pam Ferris, who would later play Aunt Marge in Harry Potter and the Prisoner of Azkaban.

4. He accidentally got an A level in English Language.

It took a couple of months for Matt to realize he was in a course studying the English language, and not, as he meant to sign up for, English Literature. After wondering when they were going to start reading books, he noticed his mistake. He attempted to switch but was told it was too late since the literature classes had already gone through several novels.

5. The Harry Potter books turned him into a reader.

He credits the series with getting him into reading and believes they are more than just a children’s series since the morals and lessons learned in Potter don’t end when one turns 14. He sees them as children’s books that “go beyond.” 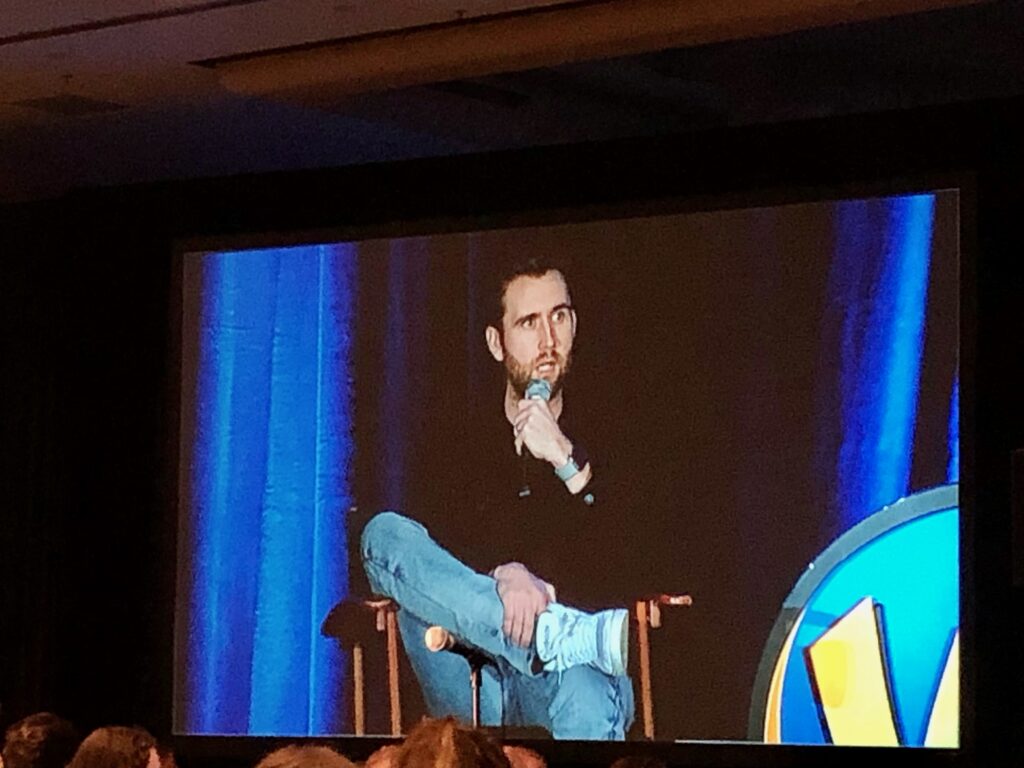 6. He didn’t think the movies would be successful.

“I’m a cynic, always have been,” he said when asked about the films’ success. He originally signed on for the first two films but didn’t think there would be a third. In fact, until he got the script for the Harry Potter and the Deathly Hallows films, he genuinely thought each movie would be the last one. The films felt so inherently British, he said, he wasn’t sure that would translate to the rest of the world. Despite his cynicism, he hopes to “die an idealist.”

7. A growth spurt during the filming of Harry Potter and the Chamber of Secrets led filmmakers to get creative.

The final scene Matt filmed for Chamber of Secrets was the mandrake lesson in the greenhouse. Compared with the first scene he filmed for the movie, he had grown taller and lost weight, and the crew had to find a way to make him look more like he had when they started filming. The crew settled on putting bits of foam in his cheeks to add some roundness to his face. Matt says they absorbed his saliva distractingly.

8. His castmates were innovative in their downtime. 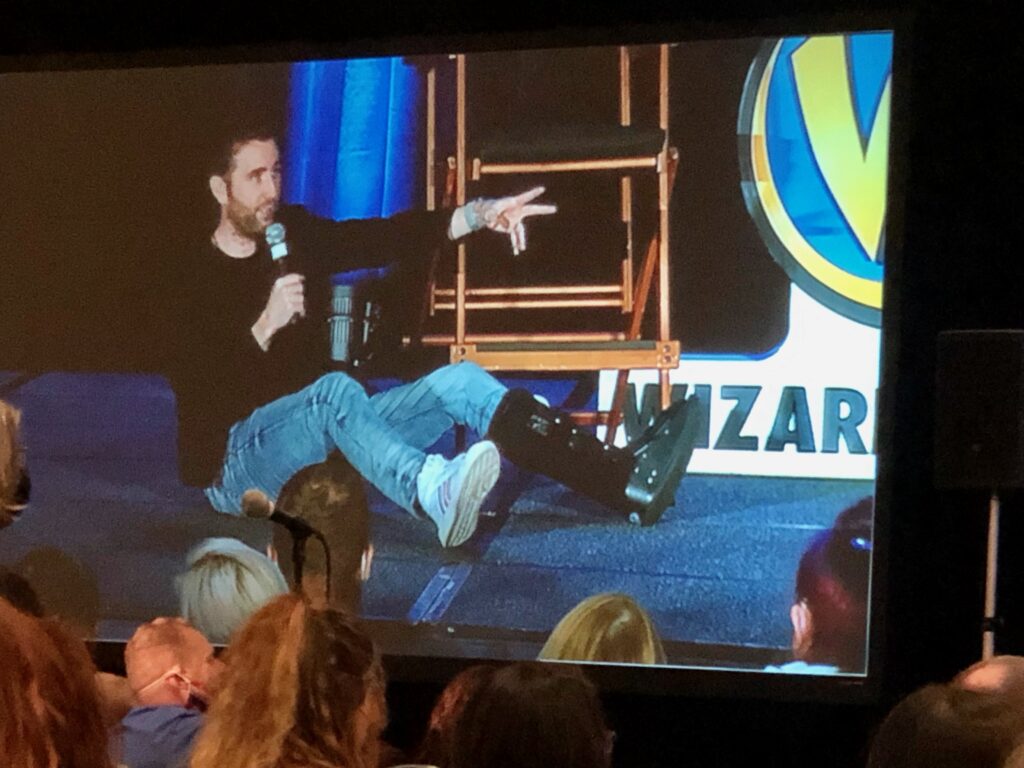 James and Oliver Phelps and their on-screen brother Rupert Grint were fans of creating games. Matt recalled a game in which two players sat at opposite ends of a hallway, legs spread, and took turns lobbing large oranges at each other’s… vulnerable regions. Matt took to the floor, literally, to demonstrate. 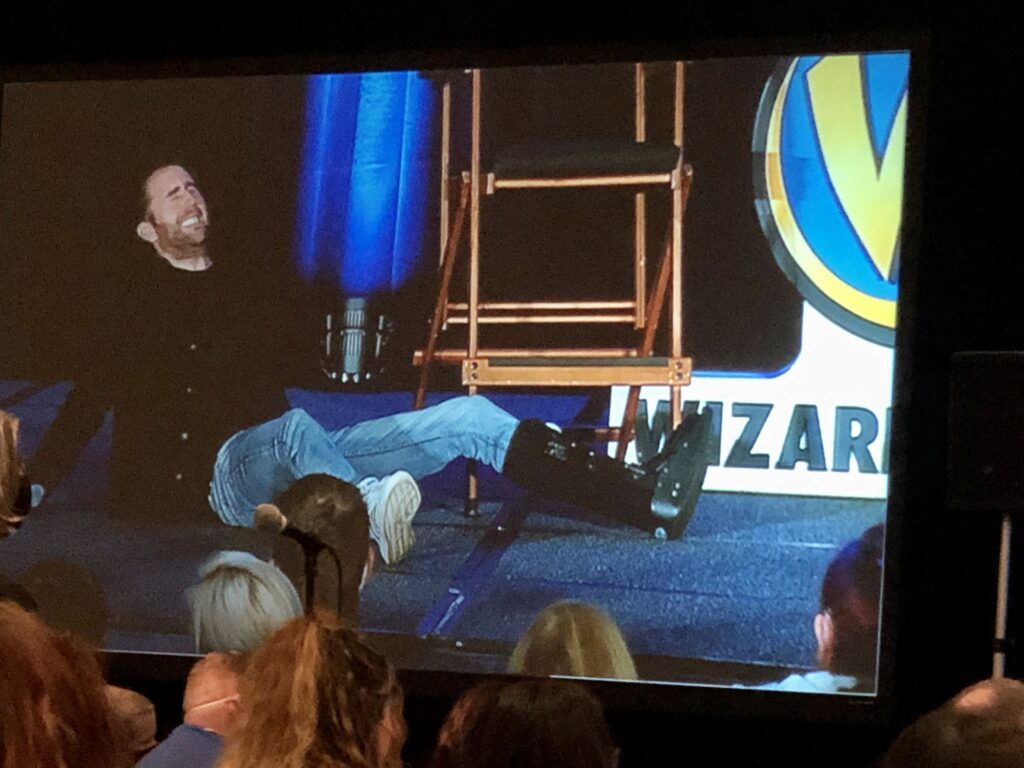 On Rickman’s last day of filming, Matt thanked him for being a patient and accommodating actor and also apologized for being scared to talk to him for the past ten years. Rickman invited him to have a cup of tea and gave him some acting advice: do theater. Matt did so, and said of himself, “I was terrible.” He thanks the experience (and Alan Rickman) for his growth as an actor.

10. His favorite film to be in was Harry Potter and the Deathly Hallows – Part 2.

He credits Hallows as being his favorite to act in, mainly because he was in it a lot and it was the culmination of Neville’s character arc (before filming, David Yates had a conversation with Matt about Neville and asked him to reread Deathly Hallows as “homework”). Matt called it “incredible” to be surrounded by so many talented actors during the courtyard scene.