SPOILERS FOR CURSED CHILD AHEAD: PROCEED WITH CAUTION

It is a difficult feat to take two plays (five hours and 15 minutes total) and combine them into one three-and-a-half-hour-long version, but the new Harry Potter and the Cursed Child on Broadway has successfully managed to do just that.

Although I enjoyed the unique experience of watching a two-part play, this version felt more streamlined and is cut down to just the essentials. By the time we got to the intermission, I only had a vague idea of what had been cut from the script, which to me was clear evidence that they had done their job well. There is strong pacing throughout, but without feeling rushed. The beautiful movement and transition in between scenes are maintained, and so are the spectacular special effects. 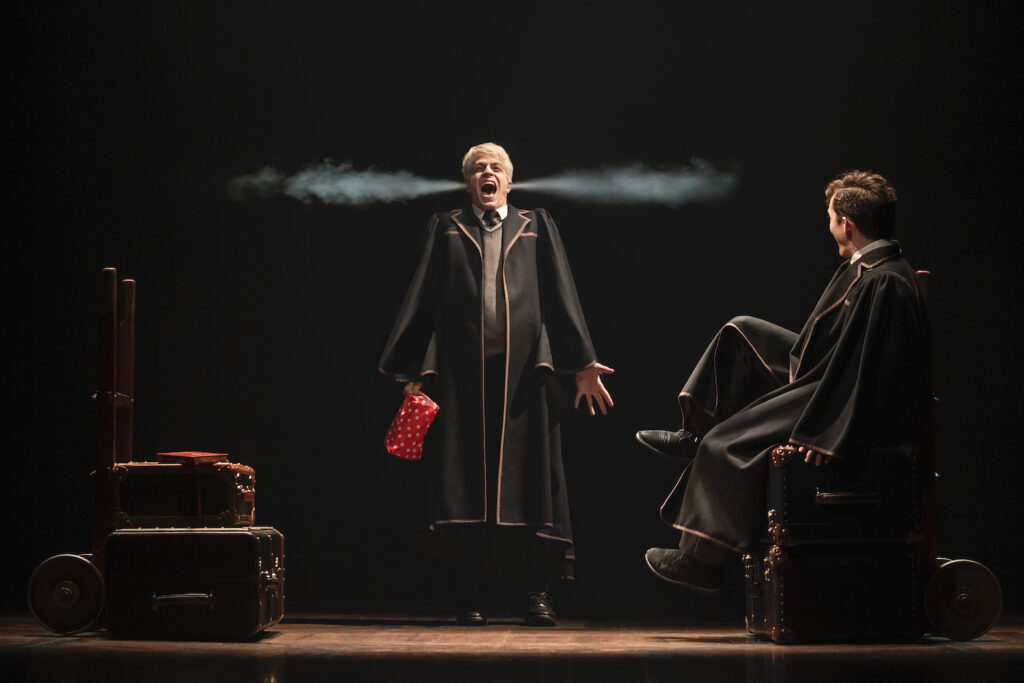 There are a few moments, however, where necessary information, like the side effects of different jumps in time, are not explained as fully now that the scenes surrounding them are shortened. Albus being Sorted into Gryffindor in a different timeline, for example, is unclear, and we are never given the logic behind it. As someone who is familiar with the play, this wasn’t confusing for me, but I would imagine that those coming into it fresh might have trouble understanding what is already a complicated storyline.

In the past few weeks, there have been exciting rumors about Scorpius and Albus having a canon romance, particularly popularized by tweets from @FaithNoMoar. I’m happy to confirm the content of those tweets and say that in my own reading, there are clearly developing romantic feelings between the two boys. This is accomplished by not only cutting out much of the boys’ crushes on girls but also adding new dialogue that strongly implies these romantic feelings. One of my favorite and most explicit dialogue additions is the last scene between Harry and Albus when Albus says that “Scorpius may always be the most important person in my life.” Harry affirms this and says, “I think that’s a very good thing.” 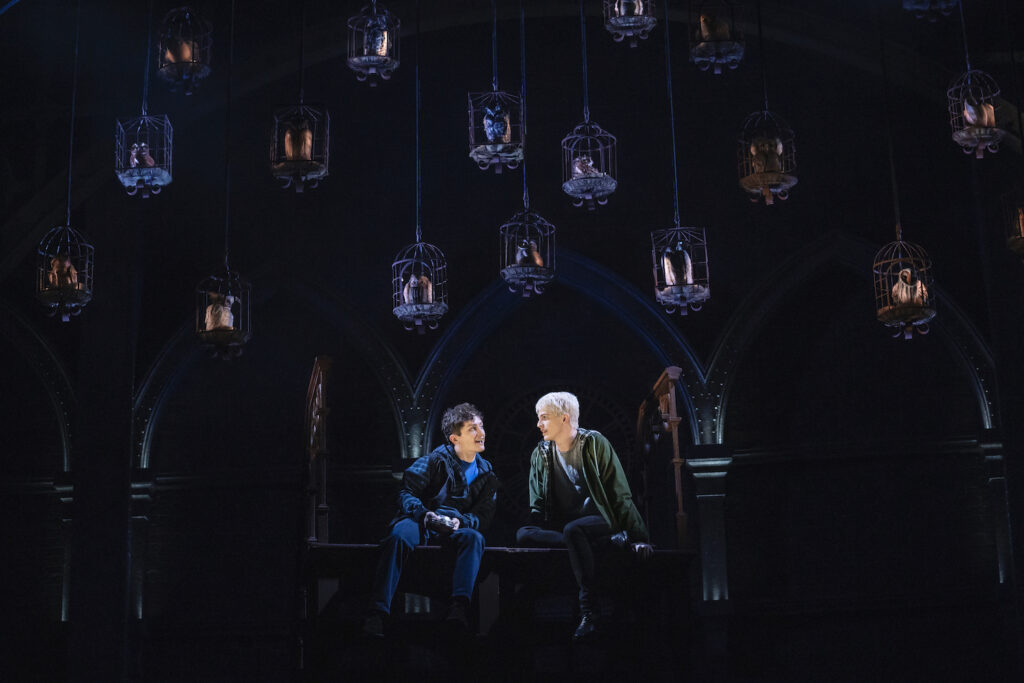 Scorpius’s crush on Rose is almost entirely removed, making Rose a far less present character in the story. I didn’t mind her absence, as it meant that the majority of her bullying behavior was taken away as well (and as a side note, “mean-teacher Hermione” is reduced significantly, much to my relief). However, I think they could have pushed this even further. Although it was significant that they changed Scorpius asking Rose out to just asking her to be his friend, the excitement with which Scorpius discusses this possibility seems entirely out of proportion to any of their prior interactions. Does Scorpius just want to be friends with Rose because she is a nerd like he is? Because she’s popular? We’re given no indication from the script, and it seems unnecessary to keep. We do get this wonderful addition afterward when Albus looks meaningfully at Scorpius and asks (probably paraphrased slightly): “Are you sure she’s who you want to build your palace with?” I read this as Albus realizing the extent of his feelings toward Scorpius and trying to hint at them to see how Scorpius responds. 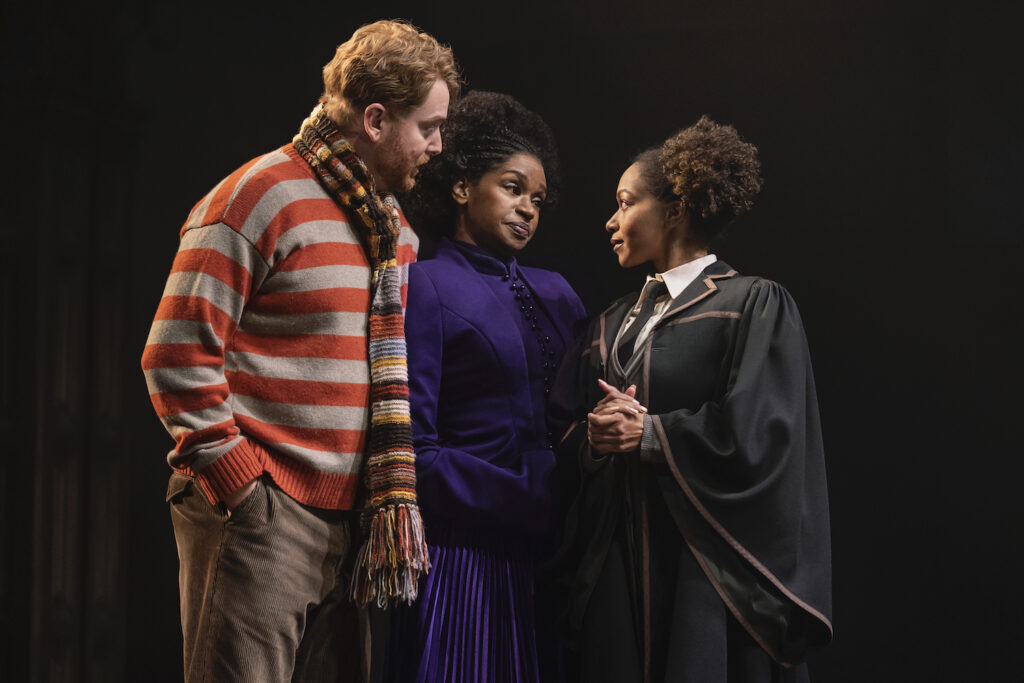 Ron (David Abeles), Hermione (Jenny Jules), and Rose (Nadia Brown) chat with each other. Photo was taken by Matthew Murphy.

Albus’s crush on Delphi is, likewise, reduced to just one kiss on the cheek from Delphi (which also could have been removed, in my opinion). Delphi, in general, however, has a smaller presence in the first act. There are fewer hints to her being suspicious and also less of a relationship developed between her and the boys, which I think reduces the buildup to her betrayal in act two. 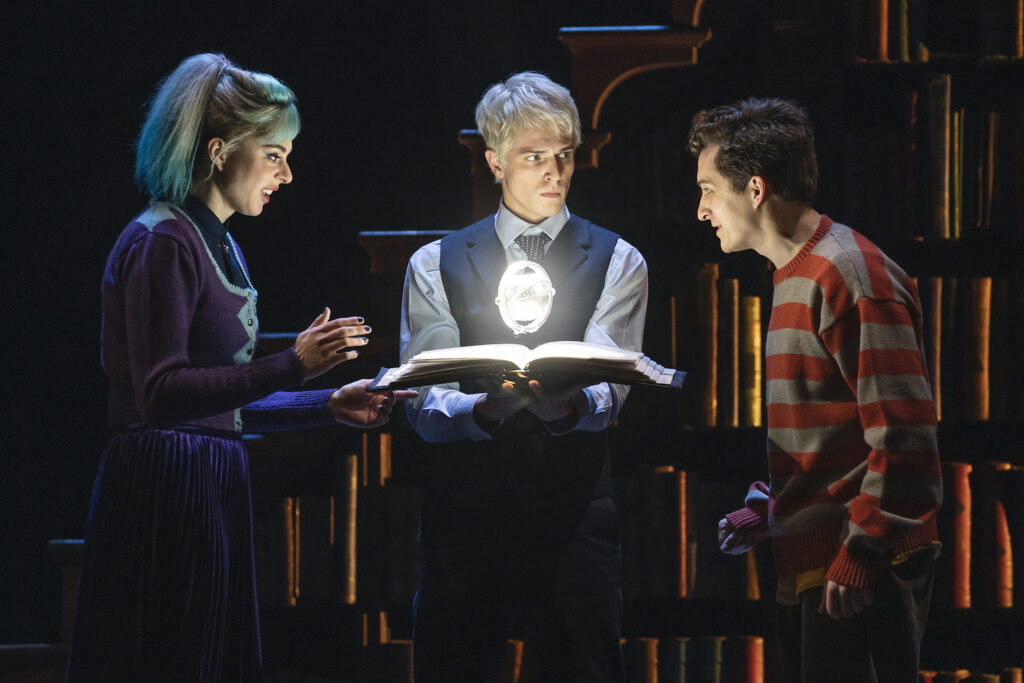 All in all, I think this new one-part version of Cursed Child does an effective job of maintaining all the important plot points of the original while increasing the pacing and cutting out unnecessary side plots. Also, most importantly, dialogue is added and changed in the script to strengthen the reading of a gay romance between Scorpius and Albus. This shows that those developing the script took into account the desires of fans and hopefully will continue to do so in the future. The vestiges of other crushes could easily be purged from the script in a way that I think would strengthen the cohesion of the story rather than threaten it.

Have you seen the new one-part Cursed Child? Share below!