If you’re a Harry Potter fan, you might know your own Hogwarts House, but have you ever wondered which of the four Hogwarts Houses best describes where you live? As it turns out, it might not be so difficult to determine. Lost Universe, a British retailer selling fandom merchandise, has come up with a method to find out where the Sorting Hat might place your location overall.

Looking at a combination of data based on purchases of House-related merchandise from the Lost Universe website and a method of data collection known as sentiment analysis, Lost Universe determined the Hogwarts Houses of 117 cities and towns across the United Kingdom. (London, meanwhile, was subdivided into geographic regions.) 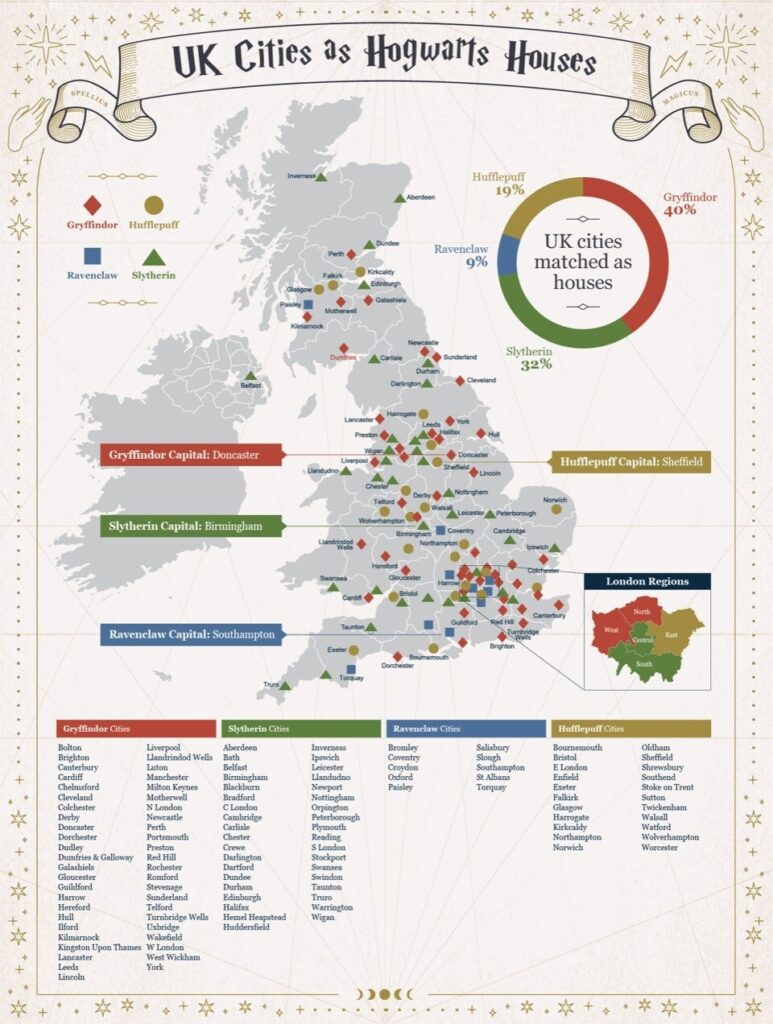 Cities and towns in the United Kingdom are displayed on a map in relation to their Hogwarts Houses, based on a study by retailer Lost Universe. 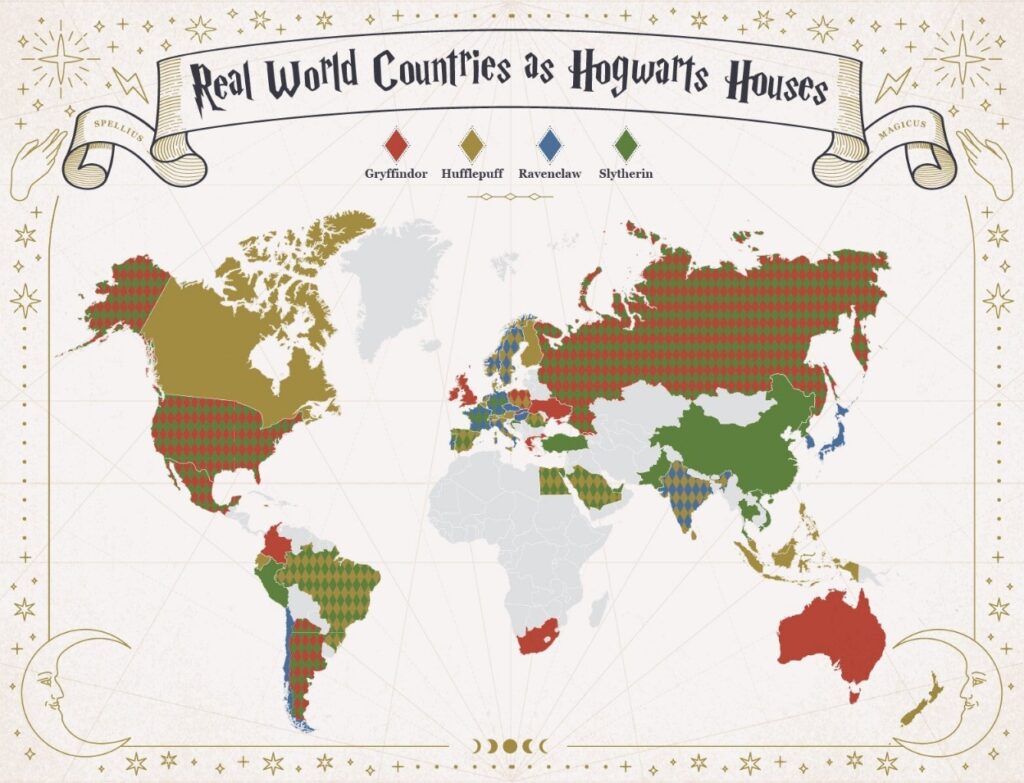 Countries around the world are displayed on a map in relation to their Hogwarts Houses, based on a study by retailer Lost Universe.

Additional details on how the sentiment analyses were performed are not available on Lost Universe’s blog post; however, these analyses aren’t alone. A company based in the Indian city of Bengaluru (also known by its previous name, Bangalore), Karnataka, has performed sentiment analysis in relation to the Harry Potter 20th Anniversary: Return to Hogwarts teaser trailer. Entropik Technologies reportedly used its own Entropik Affect Lab platform to analyze both the trailer and audience reactions to it.

The Affect Lab platform analysed the teaser and brought forth its emotional highs and lows. The Lab has used facial coding, eye-tracking technologies, and survey techniques to decipher the expressions of the participants across genders and age groups who watched the most awaited video this month.

Have you ever used sentiment analysis in relation to the Wizarding World franchise? Tell us in the comments below.