First up though is a new, iconic role for Bill Nighy (Rufus Scrimgeour). He'll be taking over from David Bowie, playing the role of Thomas Newton in an upcoming retelling of The Man Who Fell to Earth. He's said that he was "honored to be invited to play the part of Thomas Jerome Newton that glorious David Bowie made so famous."

Next up is a couple of roles for Jason Isaacs (Lucius Malfoy), the first of which is in a spinoff series for an Amazon Prime superhero show, The Boys: Diabolical. The show is animated, will be set in the same universe as The Boys, and will be eight episodes long. You can check out the show's official announcement below!

Our second Isaacs role is in Mrs. Harris Went to Paris, a wholesome tale about a housekeeper who finds herself in Paris trying to achieve her dream of owning a Christian Dior gown. The film was set to be released this May, but the release date has had to be pushed back to July 15, 2022. We don't know the exact reason for this delay, but we'll still be just as happy when we finally get to meet Mrs. Harris.

Fiona Shaw (Petunia Dursley) will also be taking on a new role, as she is soon to join the Star Wars universe. We already knew that she is part of the cast of Andor, the upcoming Disney+ show about Captain Cassian Andor, but recently we've discovered that the show has already been renewed for a second season, despite the fact that the first hasn't been released yet. This second season will begin filming this fall, around the same time that we're expecting the release of the first.

We've got a trailer for you now. It's for the upcoming show The Dropout, which details the true story of Elizabeth Holmes, founder of medical company Theranos. Stephen Fry (narrator of the UK audiobooks) will play the company's chief scientist, Ian Gibbons. The show premieres on Hulu on March 3, but you can check out a trailer for it below!

Speaking of Holmeses, we've got news of a fictional one returning to our screens. Helena Bonham Carter (Bellatrix Lestrange) will reprise her role as Eudoria Holmes in Netflix's upcoming film, Enola Holmes 2. She'll be joined by David Thewlis (Remus Lupin) in the film, which was written by Jack Thorne (writer of Harry Potter and the Cursed Child). Earlier this week, Netflix released the film's highly anticipated synopsis. Have a read below and see if you can spot any hidden clues.

Now a detective-for-hire like her infamous brother, Enola Holmes takes on her first official case to find a missing girl, as the sparks of a dangerous conspiracy ignite a mystery that requires the help of friends — and Sherlock himself — to unravel.

Thewlis has been busy this week, as he's also featured in a trailer for the upcoming Big Mouth spinoff series, Human Resources. The show premieres on Netflix on March 18, and Thewlis will be reprising his role as the Shame Wizard from the main series. You can check out the teaser, which was released earlier this week, below, but be aware that the clip is not safe for work (NSFW).

We're heading off to Mars with David O'Hara (Albert Runcorn) for our next story. He stars in Deus, a sci-fi thriller about two astronauts who are sent to Mars in an attempt to investigate a mysterious black orb. When they reach their destination, they discover that the orb is repeating the word "God" in thousands of languages. Darkland Distribution recently purchased the rights to the film but is yet to set a release date.

Sticking with the weird and wacky, our next trailer comes from the latest Peter Strickland (In Fabric) film. Richard Bremmer (Lord Voldemort in Harry Potter and the Sorcerer's Stone) plays Dr. Glock, who becomes part of a collective that makes sounds for horror films. Flux Gourmet will premiere at the Berlin Film Festival later this month, but until then, you can check out the trailer below.

We've got a few stories featuring producer David Heyman for you next, the first of which is about the cast of his upcoming Barbie film. Simu Liu (Shang-Chi and the Legend of the Ten Rings) is set to join the cast, alongside Margot Robbie (Suicide Squad), Ryan Gosling (La La Land), and America Ferrera (How to Train Your Dragon). We know that Robbie will be playing the titular character and Gosling will be playing Ken, but we don't know who either Ferrera or Liu will be playing.

Heyman will also be extending the world of Paddington Bear later this year. Ben Whishaw, who voices Paddington, let slip that "Paddington 3 is happening" in an interview with the BBC. Filming is apparently set to begin filming before the end of 2022. Brendan Gleeson (Mad-Eye Moody) did play a role in Paddington's prison escape in the second installment of the series, but we're unsure as to whether Knuckles McGinty will make an appearance in this third film.

We've got some first-look images for you next, from a new series starring Gary Oldman (Sirius Black). He'll play Jackson Lamb, an MI5 boss who has been relegated to administrative purgatory but finds himself in the middle of a terrifying plot, in Slow Horses, an Apple TV+ series that will premiere on April 1. Have a look at the image below. 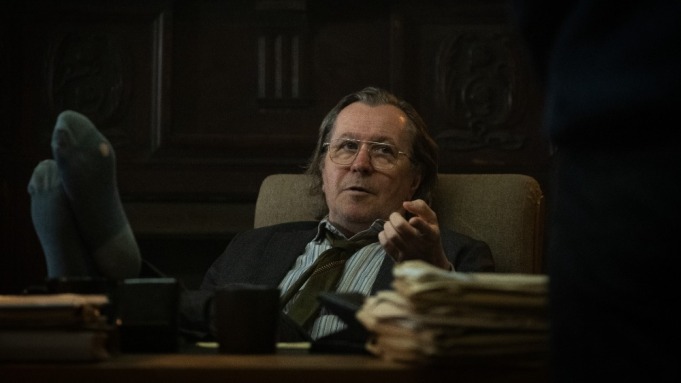 Next up is a TV spot for Daniel Radcliffe's The Lost City. He stars as a billionaire criminal who kidnaps a bestselling romance author, Loretta. He wants her to show him how to find the ancient treasure that is featured in one of her books, but her assistant, Alan (played by Channing Tatum), is hot on his tail, trying to get Loretta back. The full trailer came out in December, but you can check out the new TV spot below!

Timothy Spall (Peter Pettigrew) also has a new role coming up. He's starring in Northern Comfort, a film about a group of people who all have a chronic fear of flying. They end up stranded together in the wintry north, struggling to find a way back without facing their fear. Principal photography has already begun in Iceland, and here is a sneak peek at the cast, including Spall, in action! 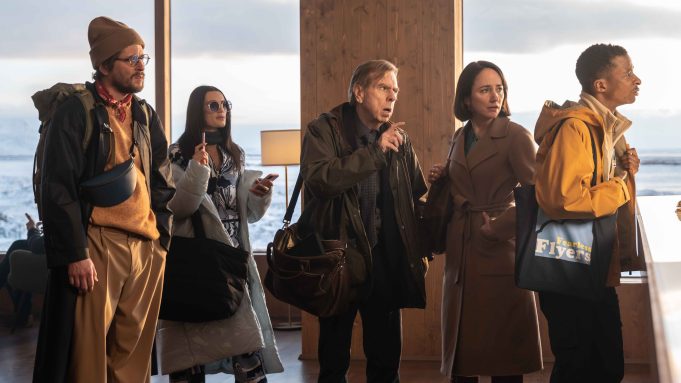 Our next story brings together four Wizarding World stars: Clemence Poesy, Helena Bonham Carter, Jim Broadbent, and Kelly Macdonald (Fleur Delacour, Bellatrix Lestrange, Professor Slughorn, and the Gray Lady, respectively). They all star in Amazon's UK remake of the popular French comedy show Call My Agent!, which will be titled Ten Percent. The show follows the employees of a talent agency, who struggle to keep their clients happy after the death of the company's founder. 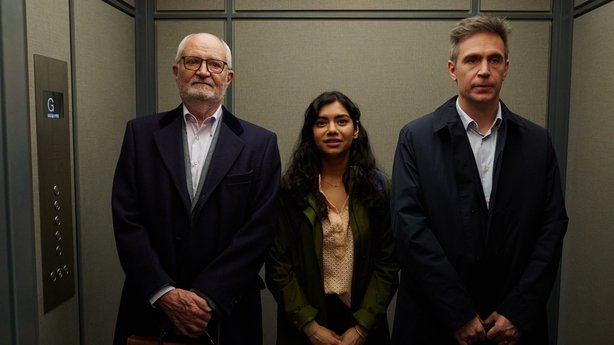 Broadbent also has another Wizarding World collaboration on the horizon. He's starring alongside Dame Emma Thompson (Professor Trelawney) in Why Didn't They Ask About Evans?, an adaption of Agatha Christie's novel of the same name. The show's plot follows two amateur detectives who find themselves in too deep while investigating a murder. It will premiere on April 12 on Britbox.

Our final two stories are from the DC Universe. First up is an interview with Colin Farrell (Percival Graves) about his iconic look in The Batman. He recently discussed the creation of his character, giving Matt Reeves and makeup artist Mike Marino compliments for what they did. He said that Reeves "had a clear idea about the silhouette of the man" but that it was "the artistic brilliance" of Marino that really bought the character to life.

It felt like [Marino] created this amazing marionette and asked me to help inhabit/animate it. I’d no idea we were gonna travel this route. But once we agreed on it I got excited. Then I saw the design on a computer screen and I got more excited. Then we did a make-up test and I just felt so fortunate to be able to play in such a sandbox.

DC has been looking forward to the rest of the year as well, beyond Robert Pattinson's (Cedric Diggory, Harry Potter), Zoë Kravitz's (Leta Lestrange), and Farrell's roles in The Batman. The company recently released a trailer with footage from all of its 2022 films, including Ezra Miller's (Credence Barebone) The Flash and the upcoming Dwayne Johnson-led Black Adam. How many heroes can you spot in the trailer?

That’s a wrap on this week’s Casting News! Which of our images or trailers has gotten you the most excited? Let us know in the comments below!