What follows is the second half of the plot of Albion School of Sorcery this year, from the perspective of my character Dysmas Zephyrus:

The school’s deputy headmaster, Arturo Caspian, interrupted Selene’s vampire-turning ritual and magically dueled Prudence in front of the student body in a harrowing confrontation made worse by the fact that not completing the process would mean Selene could never recover. Fortunately, she was saved once Arturo realized the stakes, although Prudence had, in agreeing to do the procedure, broken Magisterium law. The confrontation between school staff spilled into the next day, as Headmaster Thelonius Anh also grappled with the choices of the students and his staff. The Magisterium that had opened the school expected very specific results that could not be derailed by unsanctioned magic or squabbles between races of teachers. Thelonius put his foot down, and classes resumed under a cloud of unease. 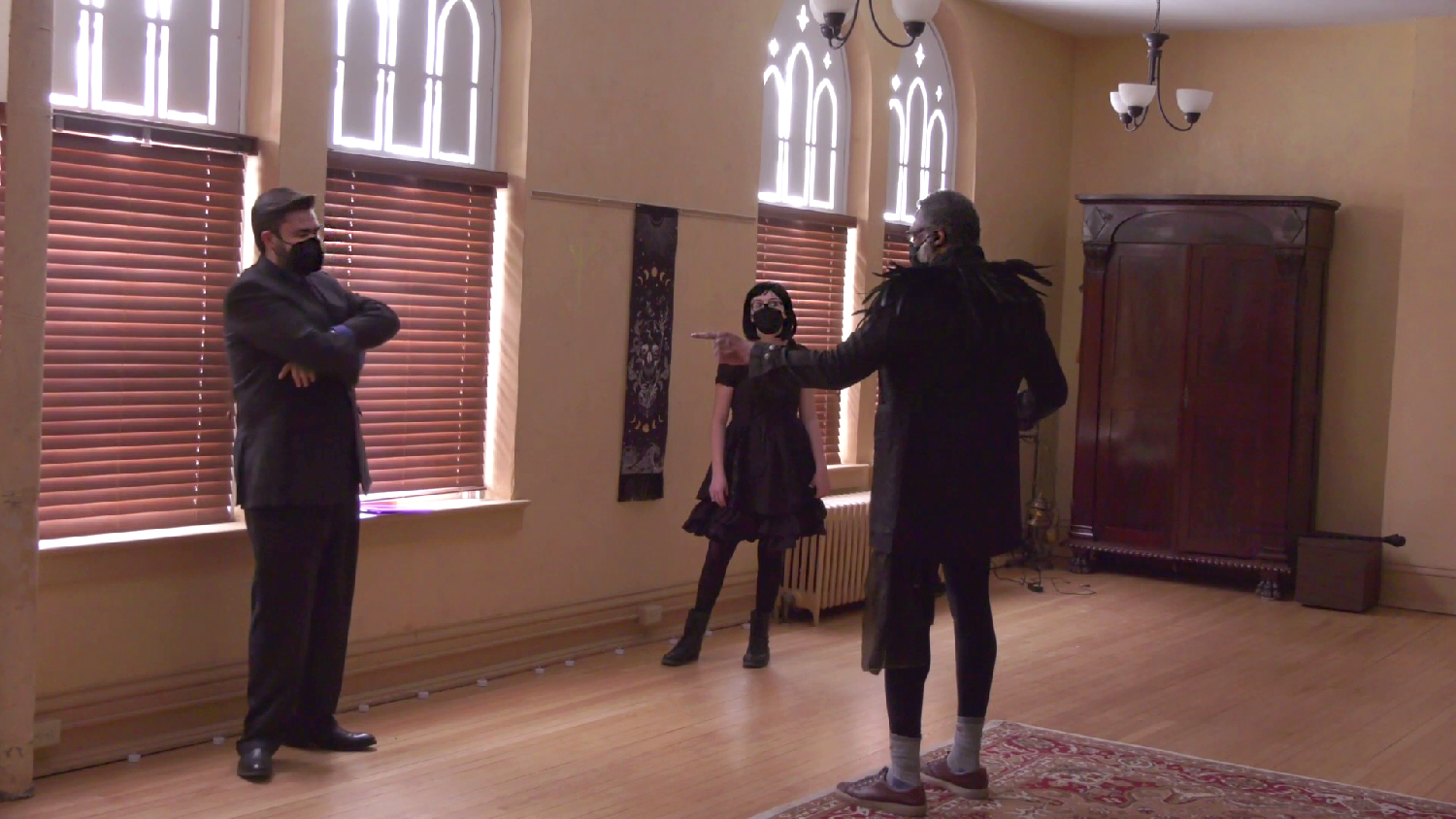 Headmaster Anh confronts Second Master Caspian and Prudence Balladan about the vampire ceremony held on the night before.

One of Headmaster Anh’s own classes was Transmutation 101, a guided meditation in which the students practiced metaphysically lifting themselves from their corporeal existence and becoming familiar with their place in the all-connected universe like the stardust from whence they originated. Classes were relaxing and engaging, allowing the students to temporarily forget the ominous reality and mystery surrounding them. Around midday, Dysmas was approached by Vivienne Summerbell, who had been asked by none other than the mischief god the Black Fox to recruit a handful of students for an evening meeting. Word spread slowly as classmates were careful about whom they trusted, but by midnight again, the whole school turned up absent one, Adrienne Bayne, who went to bed without suspecting anything. The Black Fox told Vivienne that the Magisterium was behind her parents’ deaths and tried to convince the students to make their bid for the Fox’s protection. The night ended in confrontation as the students discovered one of their own, Galen Kell, was actually a man named Randy who had crossed paths with the Fox previously during the first Albion.

The third day was a busy one. That evening’s forthcoming Lupercalia celebration entailed a two-act theatrical performance led by Professor Bedelia (Ignis’s house head) and involved the students re-enacting a Creation Story myth featuring “The Garden,” about the Black Fox tricking the Thirteen (a group of “primordial beings”) out of Paradise and into becoming constellations in the sky. On the Zephyrus sibling’s front, persistent questioning of Solum house head Professor Cloelia Montclare revealed that she was Leo’s mother and had known his father Hyperion for years while he worked at the Magisterium. Randy, who had confronted the Black Fox on the night prior, had spent the first two days gaining confidence as he learned how to dispel the runes keeping Albion School’s resident dragon a prisoner in the school’s basement. Immediately prior to the Lupercalia celebration, Randy successfully cast the charms that would give Randall the dragon his freedom. 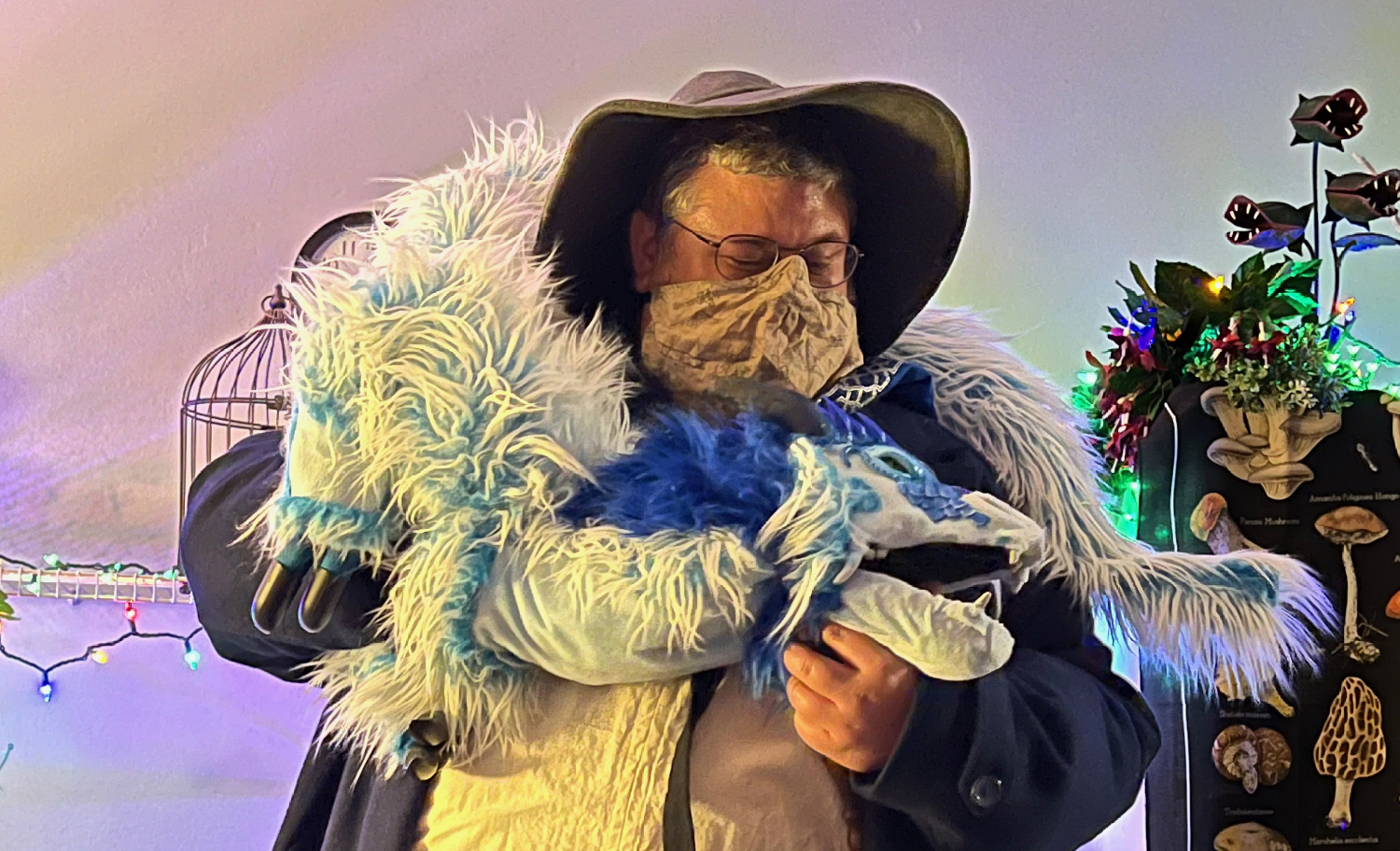 Randy rescues Randall the Dragon, his Godson, from magical confinement beneath Albion School.

While the students staged their play of the Garden at Lupercalia and afterward danced to  Fleetwood Mac, the sinister plot by some of the teachers and the Magisterium was laid bare. Eos Zephyrus, the youngest sibling, was inexplicably transformed in front of everyone’s eyes into Pegasus, one of the primordial beings from the worldly myths. It was revealed that ever since their first night at Albion, the Magisterium was using the students as vessels to summon the Old Ones into existence. Thanks to some quick magicking by Professor Hawthorne Craw (among whose classes that weekend was indeed Incantations), the students would retain their agency during the process, but overnight were going to be irreversibly given new powers and abilities with which to affect change.

Headmaster Thelonius Anh knew about the plot and saw the opportunity to at last confront the Magisterium for its long history of abuses of power. He planned to convince the students to use their newfound power to remake reality, bringing the Garden of Lore into a paradise where magical beings could be saved. The Magisterium had wanted to utilize the students, as newly returned primordial beings, to further their conquest across the globe. Following the ball, the students held a meeting with Prudence Balladan, Hawthorne Craw, and Arturo Caspian in the library to discuss their options. Caspian, whose father, High Magister Kevantis Caspian, was the only human on the Magisterium board, wanted to oppose his father and those who would abuse their power and suggested that the students attempt to root out the corruption in government. 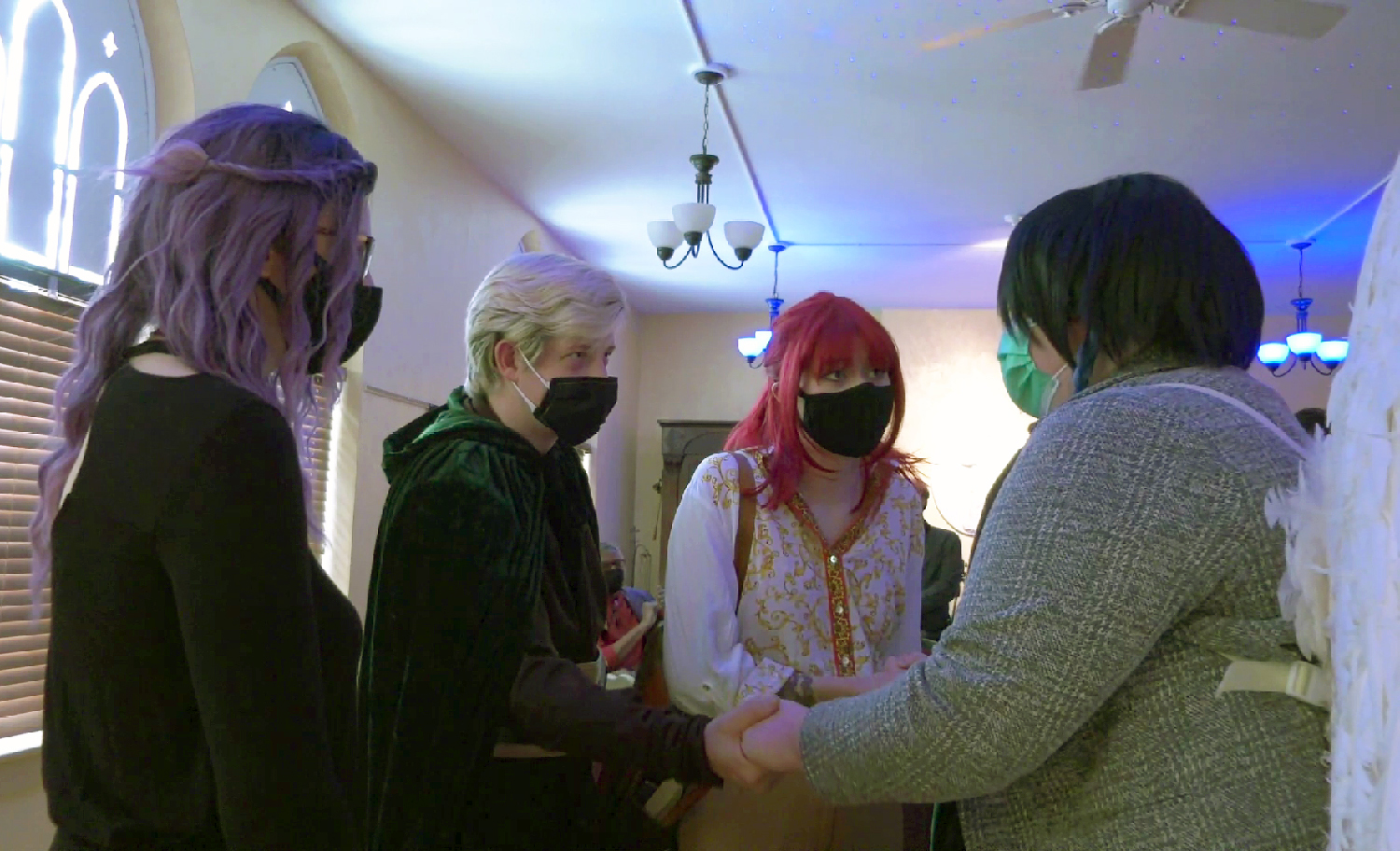 The Zephyrus Siblings say goodbye to Eos, who has now become Pegasus, on their final morning at Albion. Photo credit: Sarah Putts

There was a vote the next day, and it was split. The majority of students agreed to pursue an attempted reform of the Magisterium. However, these agents would surely not simply give up their power, and the attempt would certainly lead to an all-out war. Wary of the devastation that their decisions would cause, a small group of the students joined Thelonius Anh in his desire to remake the Garden and create a world where the lust for power was not rampant, and the interconnectivity of all things was respected. In their final moments, those who had chosen to seek government reform appointed three representatives to herald their cause. The three in charge were selected to be Randy (with Randall the Dragon), Arturo Caspian, and Helios Zephyrus. How close they would get to success and being able to right the wrongs of the Magisterium remained entirely unclear.

In the game’s final moments, Prudence Balladan (who was the sole champion of a third option that would have involved the restoration of the Veil) was swayed to the side of Headmaster Anh after Constantine, her coven-mate, gave a rousing speech. Speaking of how he had already witnessed the death of everyone that he had loved in his life, he passionately declared that the death toll sure to come from reforming the Magisterium would be unacceptable. Constantine’s player, Vhenan S., told me afterward, “The electrified energy in the air, the tension, the heated and passionate statements that were shouted. Somehow this mixture of energy affected me in such a way that Constantine began to cry during his final argument. I hadn’t planned on doing it, and the sudden onslaught of emotion from my character was so surprising. Never had I experienced something like that in a LARP before, where my character’s emotions came through so intensely.” With my character Dysmas being opposed to Constantine’s choice, I could not deny the power of the speech all the same. And it made the final decision that much harder.

Where the story goes from here is up to the players of next year’s Albion! You can now purchase tickets for the 2023 Albion School of Sorcery using our early access link. Use our link and code MUGGLENETMAGIC to receive $150 off your ticket price through June 26, 2022.