There’s been a major shift in almost everything when it comes to Harry Potter: Hogwarts Mystery. The last few weeks have been filled with creatures, chapters, and a new favorite – first-person mode. Let’s see what’s in store for players and what we can expect with the fourth anniversary coming up next month.

In our last update, it was time for us to go to the Wizengamot trial and testify against the white-robed wizard. Emotions were running high, and we were offered a calming tea to settle our nerves. While we were listening to the white-robed wizard testify, we realized the tea was spiked with Veritaserum. Thanks, Umbridge. After some quick thinking, the trial is delayed and the effects of the serum wear off. We boldly give our testimony with our brother by our side, and the verdict is exactly what we were hoping for.

After this, there’s cause for celebration. How can you truly celebrate, though, when you’re having to practice constant vigilance? After an unexpected discussion with someone who tried to murder us, we’re told to keep the Dark Scroll safe, and we plan to do just that, but we don’t know its hiding spot.

Let’s go back to the safety of Hogwarts and explore the castle in a new light. First-person mode has arrived! We can now see everything through our character’s eyes and complete mini-games. The virtual joysticks can take some getting used to, but once you’re exploring locations and racking in the rewards, hopefully, you can overcome the virtual motion sickness.

A special adventure has made its way in-game, and it could be everything your heart desires. The Mirror of Erised is missing, and of course, we’re going to be the student who finds it. We aren’t the only students in hot pursuit of this magical artifact, though, and nobody is above the allure of the mirror. After some intense searching and pep-talking, we help our friends realize that we don’t need a magical artifact to see our heart’s desires, and it was a good reminder for us as well.

In all our years of playing Hogwarts Mystery, we’ve really racked up on rewards from these special adventures. We can now choose where these rewards go in the deco menu while we’re in our dorm. This isn’t the only place things are moving around. Existing tappable rewards can be moved to the Secret Clubhouse location as well. Time for some spring cleaning and decorating.

Earlier this month, we celebrated International Women’s Day, and so did Hogwarts Mystery. Did you see the Professor McGonagall-inspired outfit? If not, you have until March 31 to get in on this — and who doesn’t want an outfit inspired by the woman who can conjure three corporeal Patronuses? 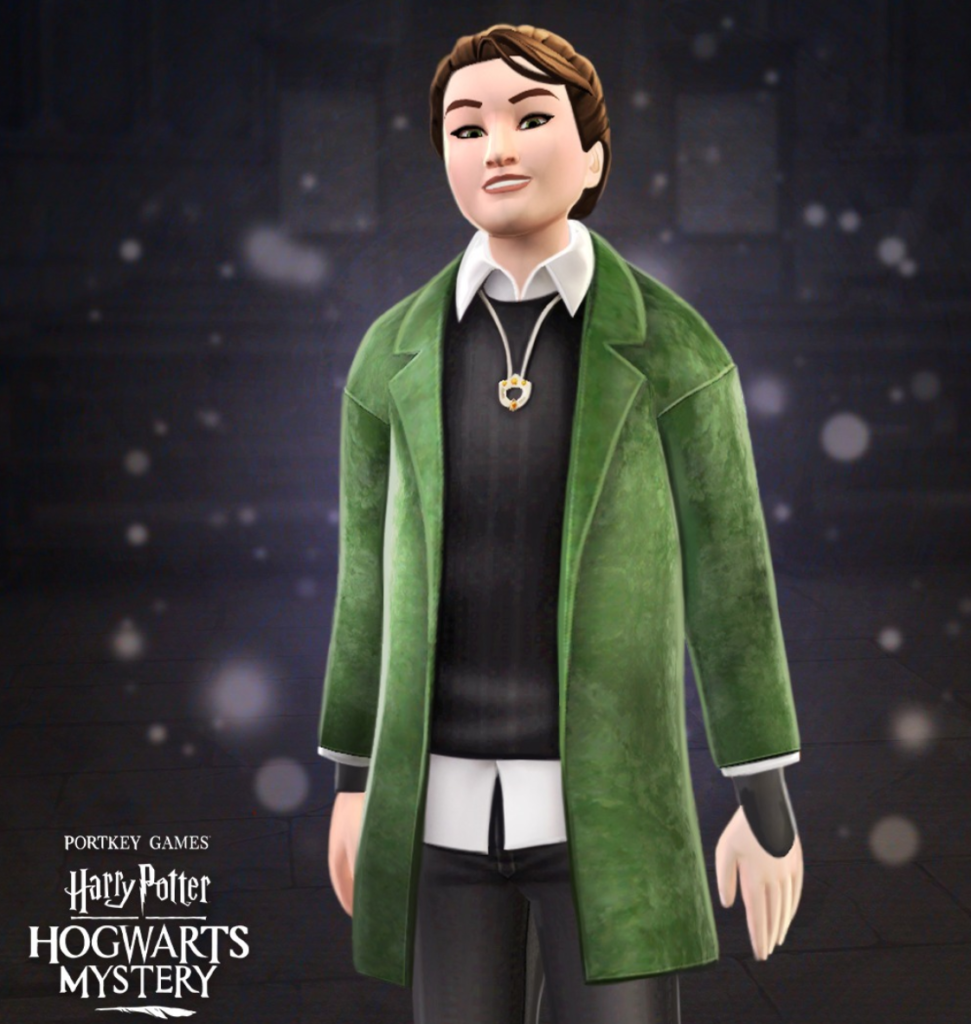 With spring finally here, have you checked out the new pet looks available for your jackalope and owlet? Your jackalope can now rock a flower crown, and your owlet can be seated on a flowery branch. These gorgeous blossoms are sure to brighten up your character’s day.

Are you still looking for more magical creatures? You’re in luck – Hagrid left a fire burning too long in his hut, and an Ashwinder made an appearance. He fears that it’s made its way into Hogwarts, so we have to study up on this magical serpent before disaster strikes.

With March coming to a close in a little over a week, we might as well get into the joking nature of April Fools’ Day. Hogwarts Mystery is getting into the spirit with a little magical mischief. Check out Hogwarts Mystery’s social media channels for clues to recover missing Zonko’s merchandise.

March has been packed with updates and adventures, and we know that Season 4 of Quidditch will be arriving soon. April also marks the fourth anniversary of Hogwarts Mystery, and we expect there will be additional surprises involved. What do you want to see in-game next month?