Welcome back to MuggleNet’s Casting News! After last week‘s family holiday with the Crawleys, we’ll be learning more about Downton Abbey‘s biggest family this week. We’re also sticking up for nature, enjoying a tasting menu, and more. Castium Revelio!

First, composer John Williams has been crowned the Best Classical Artist at this year's Global Awards! He was awarded the title at the award ceremony last week. Congratulations to Williams!

The work won't stop for Williams for a while, however. He's set to compose the upcoming anime series Ao no Orchestra, which will be adapted from a popular manga about a young violinist. The manga's editor Kobayashi Sho described how "when [he] was in high school, [he] was playing John’s songs, such as ‘ET,’ in the orchestra club."

We've got a trailer to show you next. It's for Gemma Jones's (Madam Pomfrey) upcoming biographical film, Benediction. The film, which details the life of World War II poet Siegfried Sassoon, has already been shown at a couple of festivals but will see its public release on June 3. Check out the trailer below!

There's exciting news about David Thewlis (Remus Lupin) for us to share with you next. He reprised his Big Mouth role of the Shame Wizard in the show's recent spin-off, Human Resources, but we've got some exciting news about the show. It's been renewed for a second season! There are no plot details or even a promise that Thewlis will return for this season yet, but we'll let you know as soon as more details are released.

There's a first-look image to share with you next. The Menu is an upcoming psychological thriller starring Ralph Fiennes (Lord Voldemort) as a famed chef. He serves a lavish tasting menu to a young couple (Anya Taylor-Joy and Nicholas Hoult) that is full of surprising ingredients. The film will be released on November 22, but until then, you can check out the first still shot of the film below! 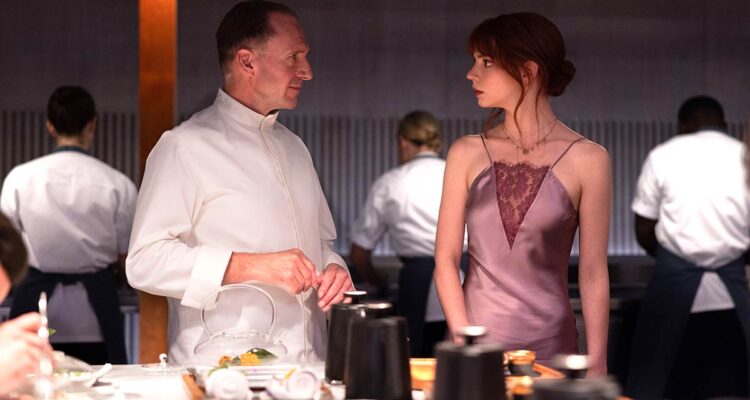 We've got a rumored new role for Katie Leung (Cho Chang) up next. According to a leaked document, she'll be taking on the role of Yassica Cellaech in the second season of The Wheel of Time. The show is based on Robert Jordan's fantasy novel series. Are you excited about this possible new role for Leung?

Our next casting announcement is definitely in the books. Helena Bonham Carter (Bellatrix Lestrange) is set to narrate a new Netflix nature documentary all about baby animals! The show, which is called Wild Babies, will be released on May 5 and will follow 17 animal families, including grizzly bears, sea otters, and bottlenose dolphins.

We've got a second trailer to show you next, this one featuring Dame Emma Thompson (Professor Trelawney). Good Luck to You, Leo Grande premiered at the Sundance Film Festival earlier this year, and the comedy will be released on June 17. The film follows Thompson's character as she hires an escort for the night. Have a look at the trailer below, but be aware that it is quite NSFW!

We're moving on to talk about the world of music next. Tom Felton (Draco Malfoy) confirmed earlier this week that he will be involved in a tribute to Jamal Edwards, a music entrepreneur who passed away earlier this year. Ed Sheeran is writing a song in order to commemorate Edwards, as he helped to boost his career. Felton will be in the video for the song, but we don't know how much of a role he'll have.

Felton isn't the only one entering the world of music videos. Bill Nighy (Rufus Scrimgeour) is featured in a video for Florence + the Machine's song "Free." Nighy plays the personification of lead singer Florence Welch's anxiety. Check out the music video below!

Evanna Lynch (Luna Lovegood) has been busy helping out British animals. She's part of the Down with Duck Farming campaign, which is aiming to ban duck farming in the United Kingdom due to the industry's previous failings. The campaign involves a letter that has been sent to politician George Eustice and a video, which Lynch narrated and you can take a look at below.

We took you to France with the Crawleys last week, but this week we're moving behind the scenes of the upcoming Downton Abbey movie. A four-part behind-the-scenes series launched earlier this week on YouTube entitled Downton Abbey: Behind the Lens. The series is hosted by BBC Radio 1 DJ Clara Amfo and shows cast members, including Imelda Staunton (Dolores Umbridge) and Dame Maggie Smith (Minerva McGonagall), letting us know their thoughts on elements of the film. Alongside the series, new key art for the film was released. You can check out both the art and the teaser for the behind-the-scenes series below! 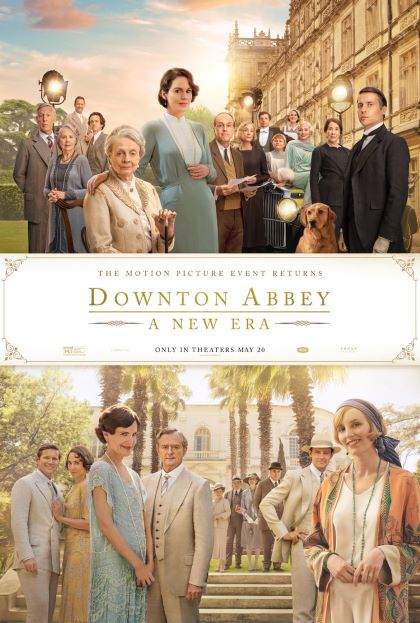 Last but not least this week is a new trailer starring Ron Perlman (Gnarlak) and Ralph Ineson (Amycus Carrow in Harry Potter). Perlman plays a sheriff chasing down a group of outlaws, led by Ineson, in the film, which is called The Last Victim. Everything starts to go awry when a young woman gets caught up in the middle of their chase. Check out the trailer below!

That’s a wrap on this week’s Casting News! We’d like to wish good luck to all those nominated for a National Film Award. Let us know in the comments if you’ve voted!