Not only US Quidditch Cup but also European Quidditch Cup (EQC) Division 2 will be held this weekend, April 23–24, in Brescia, Italy, as we’ve previously reported.

EQC is the largest and most prestigious Muggle Quidditch tournament for teams in Europe. Through 2018, it was only one tournament, but in 2019, it was divided into two divisions because of the larger number of teams in Europe. The first division had 32 teams, and the second division had 16 teams in 2019. Before this year, 2019 was also the only year in which both divisions were held.

This EQC Division 2 tournament should have taken place in Brescia, Italy, on March 28–29, 2020, but it was postponed until now. Even though it was only the beginning of the pandemic situation, Brescia is in Lombardy, which was a coronavirus epicenter at that time. For many players, it was a problem because they had already paid for their accommodations and travel. Luckily for some of them, they might have been able to adjust their plans because the location of the tournament didn’t change. Additionally, the Quidditch Europe “Stay&Play” policy requiring participants to stay at designated partner hotels was annulled.

After Quidditch Europe decided who would get the spots in both divisions of EQC, the organization worked on the gameplay format. The second division will include 24 teams.

These 24 teams were divided into three pots, some of them ranked and some of them unranked based on the rankings from EQC 2019. Then, there was a group draw, and teams were drawn into six groups of four teams. None of the teams was placed in the same group as another team from the same national governing body (NGB). 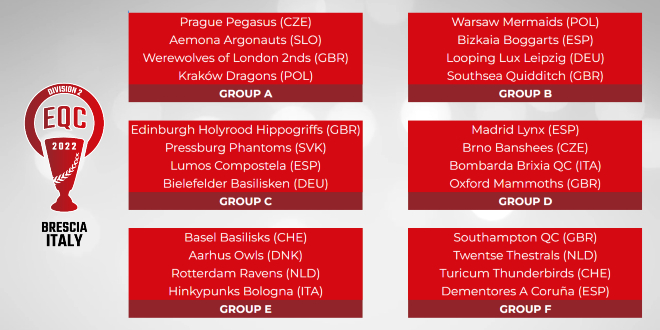 After that, the schedule of play for Saturday, April 23, was decided. Teams have to play against other teams in their group. After that, it will be decided who will continue into the upper, middle, or lower brackets. There isn’t any information on if any of the games will be streamed. 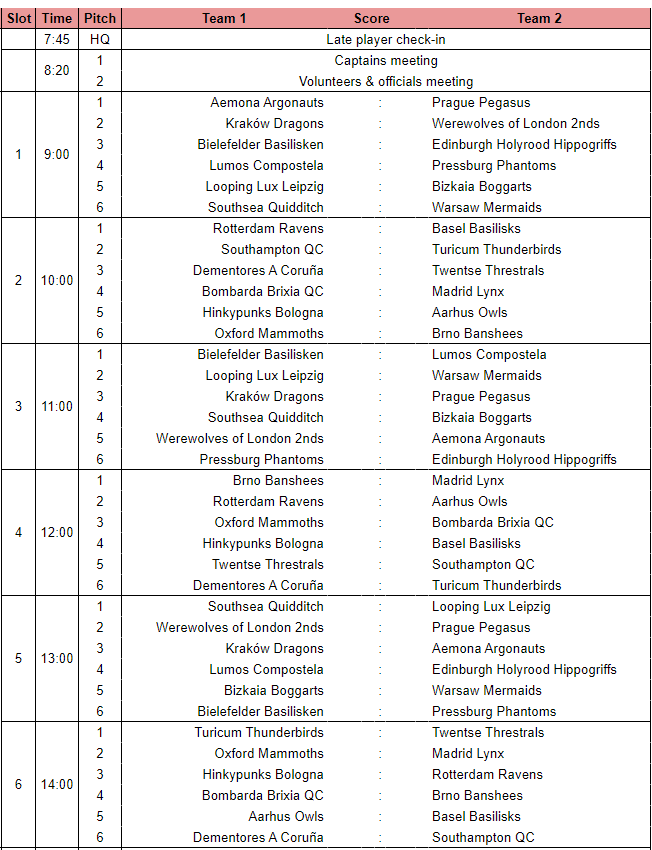