As Harry Potter fans, we’ve all dreamed of going to Hogwarts. But why not bring Hogwarts to you? Having Harry Potter-themed events are always a fun way to bring the story to life. In a recent interview, we found out how two fans created a beautiful and magical Harry Potter-themed wedding. 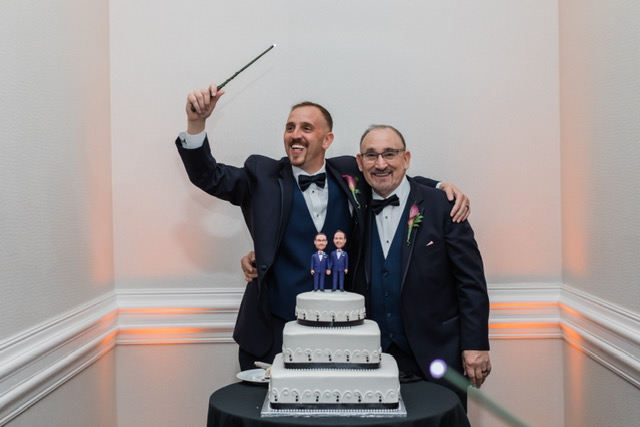 The Harry Potter story has a remarkable way of sticking with you. We often see ourselves amongst the pages and bond with characters in different ways. The story is truly a huge inspiration for everyone who reads it.

Stephen has been a Harry Potter fan since he was in college. As he grew up, he bonded more with the story, often putting himself into Harry’s shoes and wondering what he might have done.

You know, I was really into it. But as I got older, I got really into it. Because life throws you in different directions, that sometimes you may be able to connect your life to Harry Potter’s life. 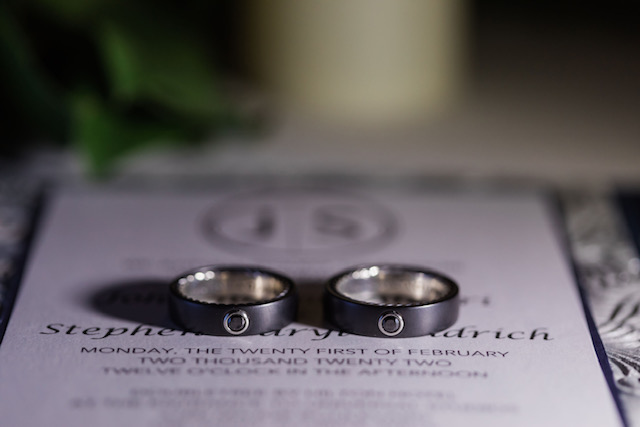 After the proposal in September, John and Stephen started planning. The wedding was as magical as Hogwarts itself, and it took place across from Universal Studio’s front entrance. There were floating candles, wands, Golden Snitch chocolates, and a Sorting Hat stationed by the name card table. At the head table, there hung a neon sign that read “J+S” and a Hogwarts Crest banner.

We were just going to incorporate Universal Studios’ idea of “Love is Universal” because they have all these stores with merchandise that says “Love is Universal” with a rainbow, and we were just going to do something based on that. But I said “you know we’re at Universal Studios, and ‘Harry Potter‘ is based there, I think we should incorporate that into our theme.” And as we did that, John really got involved and said “oh what about this” and “oh what about this.” And before we knew it, we had over 120 wands for all the guests. 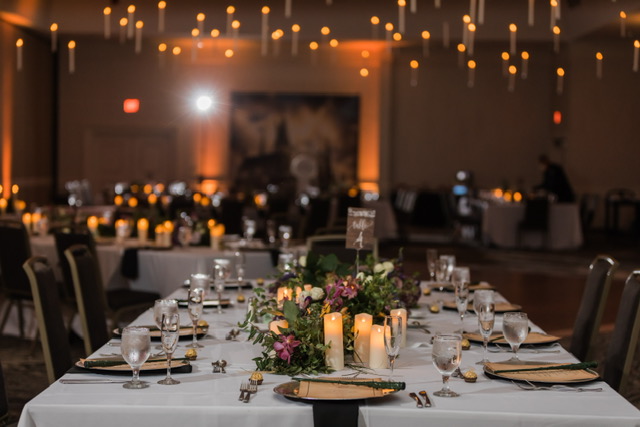 Having wands was an essential detail for the wedding. All of the wands were purchased from China, and they could light up. Each guest was given their very own wand so that they could “be a part of the ‘Harry Potter’ magic.” When Stephen and John first walked into the room, all of their guests lit up their wands for them. They lit them up again during their first dance.

The guests were also given gift bags at the end of the ceremony. Each of the blue Universal bags had KIND bars, Universal Studio magnets that read “Love is Universal” with a rainbow on it, and postcards from the Harry Potter store in New York. After the ceremony, everyone was invited to the theme park and was given maps to navigate themselves in the area. 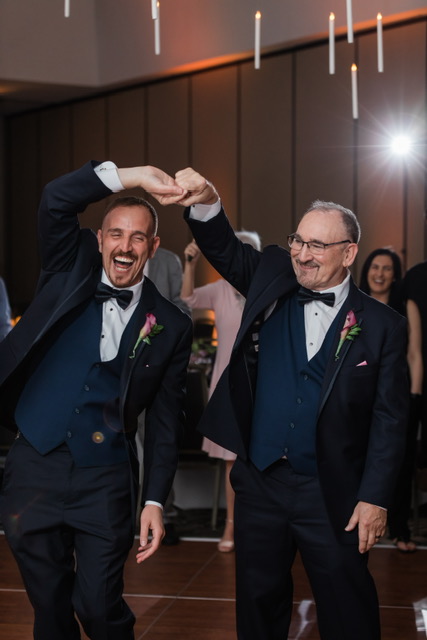 The couple was blessed with a photographer who was also a Harry Potter fan. She took amazing photos of the setup, photos of the couple, and even a reaction photo of the two of them walking into the room for the first time. A photo booth area was set up, complete with a Hogwarts backdrop, for guests to get their pictures taken.

And of course, no wedding is complete without flowers and food. A florist designed beautiful centerpieces for each of the tables. The Harry Potter bouquets were a magical dusty purple and included lilies in the mixture.

On the Harry Potter-styled menu, guests were able to order a salad, steak, fish, or a vegan pasta salad. The Funfetti wedding cake was three-tiered and frosted white with subtle black trimming. It was topped with a beautiful ceramic wedding topper of Stephen and John with the words “Love is Universal” written on the bottom. 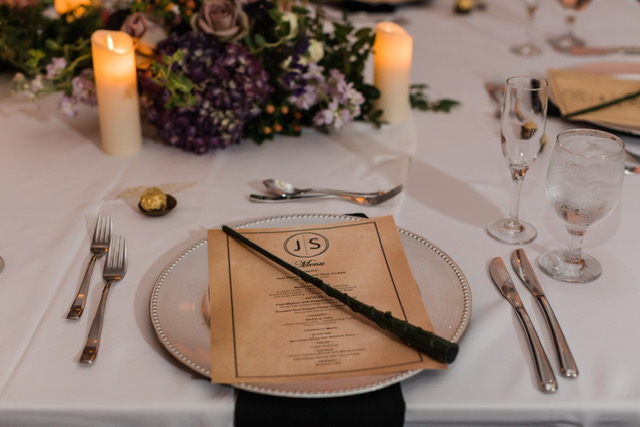 We would like to offer our congratulations to John and Stephen and thank them for taking the time to chat with us. Their magical wedding is such an inspiration, and we are so blessed to have had this story shared with us.