Stunt performer Nicholas Daines has worked on blockbusters like “Wonder Woman” and the “Star Wars” films, but he says his time on the “Harry Potter” stunt team is an experience he will never forget. 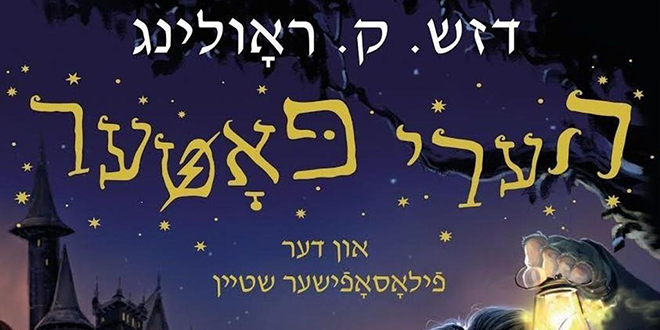 Arun Viswanath spoke with MuggleNet about the process of translating “Harry Potter and the Philosopher’s Stone” into Yiddish for the first time.

MuggleNet sat down with the video and projection designer of “Harry Potter and the Cursed Child – Parts One and Two” to find out more about the digital magic created onstage at all three “Cursed Child” theaters.

Conductor Sarah Hicks shares what’s special about the upcoming “Harry Potter and the Order of the Phoenix” concert experience at the Hollywood Bowl; plus, you can win a pair of tickets to experience the magic for yourself!

Joe and Paul DeGeorge of Harry and the Potters have released their first album in 13 years, and we are pretty excited.

Prior to the opening of Hagrid’s Magical Creatures Motorbike Adventure on Thursday, June 13, Universal Orlando Resort hosted media outlets for a behind-the-scenes preview and event with creatives and talent.

MinaLima recently attended SND Chicago, where they spoke about their involvement in the “Harry Potter” and “Fantastic Beasts” series in front of an audience containing working members in the field of news design. MuggleNet was granted a follow-up interview and asked further questions related to their various artistic inspirations.

MuggleNet recently interviewed Lucie Pohl, who played Mr. Bingley’s secretary in “Fantastic Beasts and Where to Find Them”, at C2E2.