Hogwarts Acceptance Letter and Other Memorabilia Sold at Ewbank’s Auction

Ewbank’s Auctions gave Harry Potter fans cause to count their Galleons on July 15 with the sale of some particularly special items from the film series. The auction house, located in the Dursleys’ home county of Surrey, is known for specializing in entertainment memorabilia. While recent auctions have seen certain Potter products fail to sell, most notably a full set of signed first-edition books at Christie’s, Ewbank’s had much less trouble with its catalog.

Join us live from 9:30am tomorrow (Friday 15th). Don't forget to register to bid in advance! https://t.co/sgyaFPany5#auction #memorabilia pic.twitter.com/TzbQs84Jyw

One noteworthy offering was Harry Potter’s Hogwarts acceptance letter from the first film in 2001. It was evidently one of the first acceptance letters that attempted to reach Harry, emblazoned with his original location in the cupboard under the stairs. The envelope remains sealed with wax, but the sale included a copy of the letter inside, along with a photocopy of a 2001 cover of USA Weekend that featured Daniel Radcliffe, as well as a letter of donation from Warner Bros. The bid was set for £8,000–£12,000 ($9,500–14,500) and sold for the upper estimate. 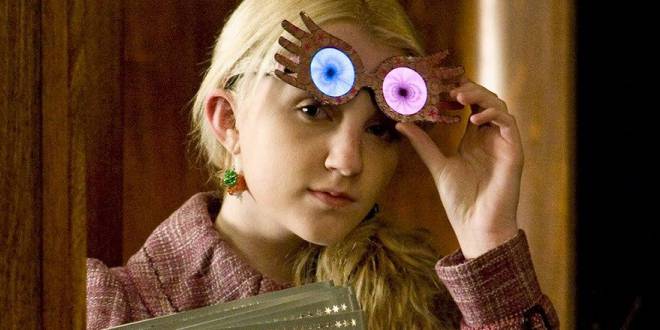 Luna’s iconic Spectrespecs were included in the “Quibbler” sale.

Other items that exceeded previous estimations included a to-do list of the films created for and signed by Daniel Radcliffe. The hammer price for the list amounted to £1,500 ($1,800). A program for the 422nd Quidditch World Cup, portrayed in Harry Potter and the Goblet of Fire, also inspired furious bidding. The color pamphlet features team profiles for Bulgaria and Ireland as well as Quidditch history and advertisements for such magical merchandise as Ominioculars. The program sold for £3,000 ($3,600). 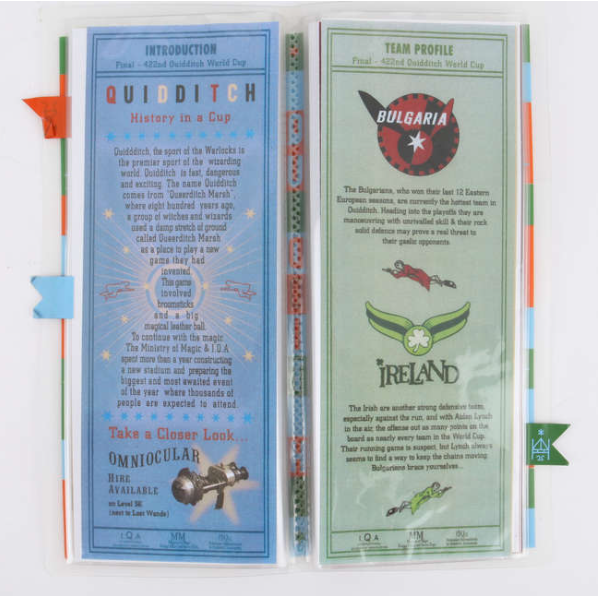 The program for the Quidditch World Cup scene features details not seen in the film.

Ewbank’s wowed bidders with numerous other unique props from the films, such as divination kits from Prisoner of Azkaban, a gold-plated Galleon from Gringotts, and Deathly Hallows – Part 1 items, like a Ministry of Magic propaganda pamphlet and an edition of The Quibbler featuring Harry on the cover as “Undesirable No. 1.”

Other lots included movie memorabilia and signed photos, as well as multiple editions of different books in the Harry Potter series.