MYTHTERY: The Basilisk Bite Should Have Destroyed Voldemort’s Soul in Harry

Being bitten by the basilisk in Harry Potter and the Chamber of Secrets should have destroyed the Horcrux in Harry. 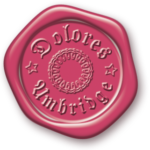 Given that the basilisk’s venom destroyed both the diary and the cup, there is a theory that the venom when the basilisk bit Harry should have destroyed the Horcrux in him too. However, when we examine the books, we can see that there is no merit to this theory.

At the beginning of Harry Potter and the Deathly Hallows, Hermione shares a foolproof way to destroy a Horcrux:

“[The Horcrux destoyer] has to be something so destructive that the Horcrux can’t repair itself. Basilisk venom only has one antidote, and it’s incredibly rare —”
“— phoenix tears,” said Harry, nodding. (DH 104).

In Harry Potter and the Chamber of Secrets, Harry takes one of the basilisk’s fangs and stabs the diary with it. Once he does this, “there was a long, dreadful, piercing scream. Ink spurted out of the diary in torrents, streaming over Harry’s hands, flooding the floor” (CoS 322.) The effects of the venom burned a clear hole through the middle of the diary. Likewise, when Ron used the sword that was impregnated with basilisk venom, he “pierced the glass in both windows” (DH 377), resulting in a completely obliterated object.

The fact that the object containing the bit of Voldemort’s soul must be completely obliterated is further enforced in Deathly Hallows:

The fragment of soul inside it depends on its container, its enchanted body, for survival. It can’t exist without it (DH 101).

If Fawkes hadn’t come and healed Harry, the venom would have spread and would have killed him, which would have destroyed the Horcrux in the process. By healing Harry with his tears, Fawkes also saved the bit of Voldemort’s soul in Harry.

We can analyze the books numerous times, but it was J.K. Rowling’s words that disproved this theory:

.@llamaofthelab The Horcrux-receptacle has to be destroyed BEYOND REPAIR, so Harry would need to have DIED. #pleaseneveraskmethatoneagain

Don’t agree with our rating? How would you classify this story? Let us know in the comments below!