We’re halfway through August, and honestly, the holidays will be here faster than we can say “Quidditch.” To honor this festive season, Universal Orlando Resort has announced memorable experiences that no Muggle will want to miss out on.

Christmas in the Wizarding World of Harry Potter is back! Both Universal Studios Florida and Universal’s Islands of Adventure will transform into the magical winter wonderland we witnessed in the films later this year. Hogwarts Castle will be lit with festive lights, and Hogsmeade will be decked out in decor. This will be the perfect time to grab a hot butterbeer with your friends and enjoy the joyous spin on performances from the Frog Choir and Celestina Warbeck and the Banshees. 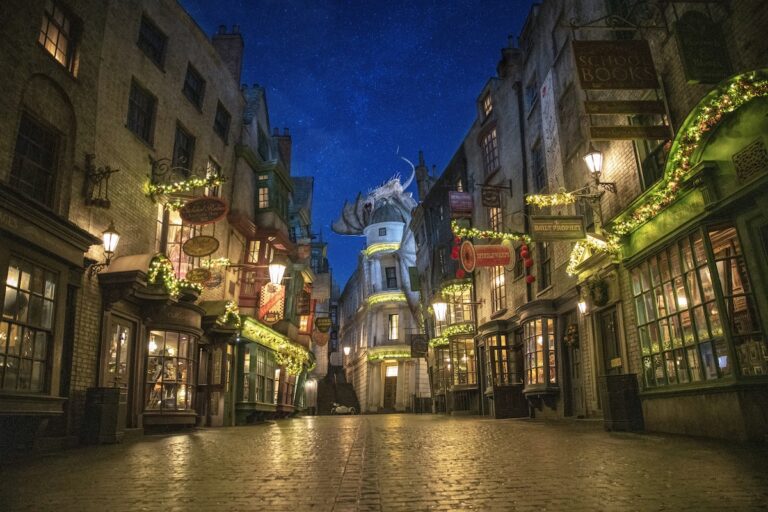 Diagon Alley is festive for the holidays at Universal Orlando Resort.

This isn’t the only magical experience happening. As much as we don’t like to admit it, there’s sometimes a person or two who isn’t into the Harry Potter experience as much as we are. But don’t worry – there’s something for everyone to experience this holiday season. Universal’s Holiday Parade featuring Macy’s will be packed with fan-favorite characters the entire family will recognize. Hundreds of performers will line the streets along with holiday floats and ginormous balloons. 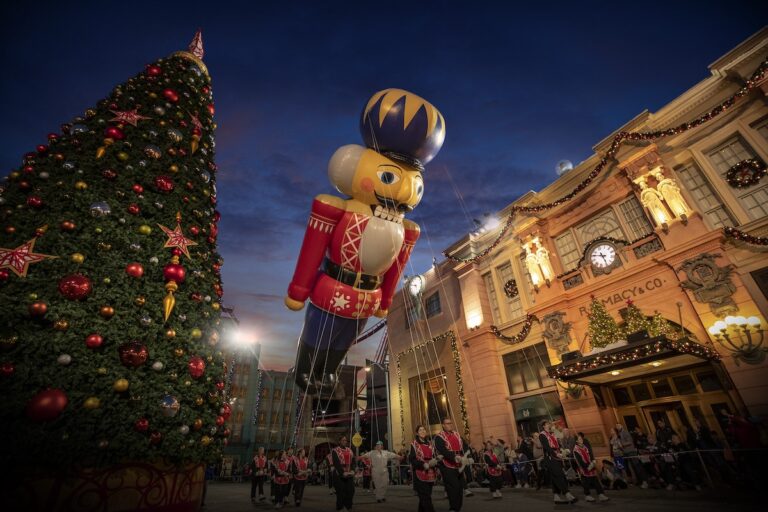 One of the giant balloons in Universal’s holiday parade

If parades aren’t your thing, maybe Grinchmas will deliver what you’re lacking. “The Grinch Who-liday Spectacular” is a live retelling of the classic tale by Dr. Suess, starring none other than the Grinch himself. Guests can expect over-the-top decor and special appearances from the Whos of Who-ville.

Anyone can “Ho-ho-ho” and “Fa-la-la” for the holidays. But if you want to scream, laugh and shout your jingle bells off, you’ve got to awesome up your holiday at Universal Orlando Resort, Nov 12, 2022 – Jan 1, 2023. It’s the awesomest holiday celebration of the season. pic.twitter.com/BTohW3B76X

All of these celebrations will begin on November 12 and end on January 1. The return of Mannheim Steamroller is a bit different. The popular artist will be doing live performances on December 3, 4, 10, and 11. 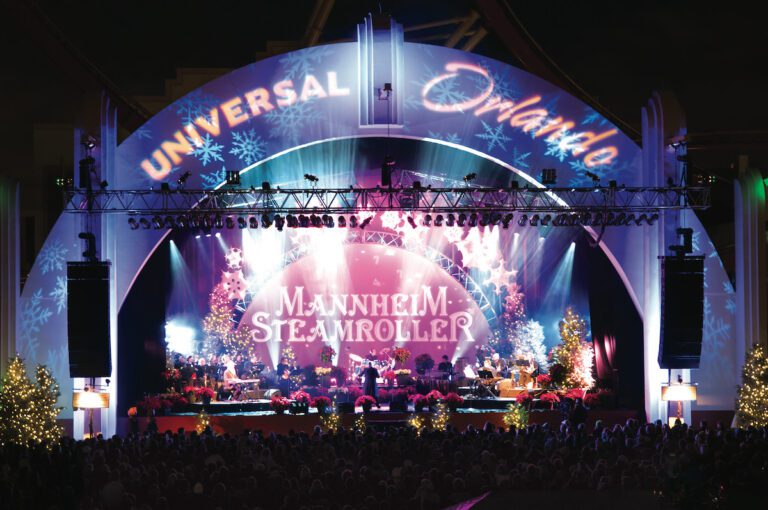 The holiday cheer will be spread throughout every inch of Universal Orlando Resort. Be on the lookout for specialty merchandise, character encounters, specialty food, and beverage items, and there’s more to be revealed soon.

Will you be making a holiday trip to Universal Orlando Resort?