Do You Agree with This Sorting of US States into Hogwarts Houses?

One of the first things a new Harry Potter fan does is Sort themselves into their Hogwarts House. A lot of them even put those around them into Houses. Being Sorted into a House is a rite of passage for many fans. The Sorting Hat ultimately decides an individual’s House based on who they are as a person. But what happens when you Sort an entire group of people?

Recently, DISH, a satellite and TV provider in the US, did some research to Sort each US state into its respective House. So how did it do it? According to its website, it used a combination of Google Trends and a survey asking where those responding would Sort their state. Then it created a map that showcased the results found. 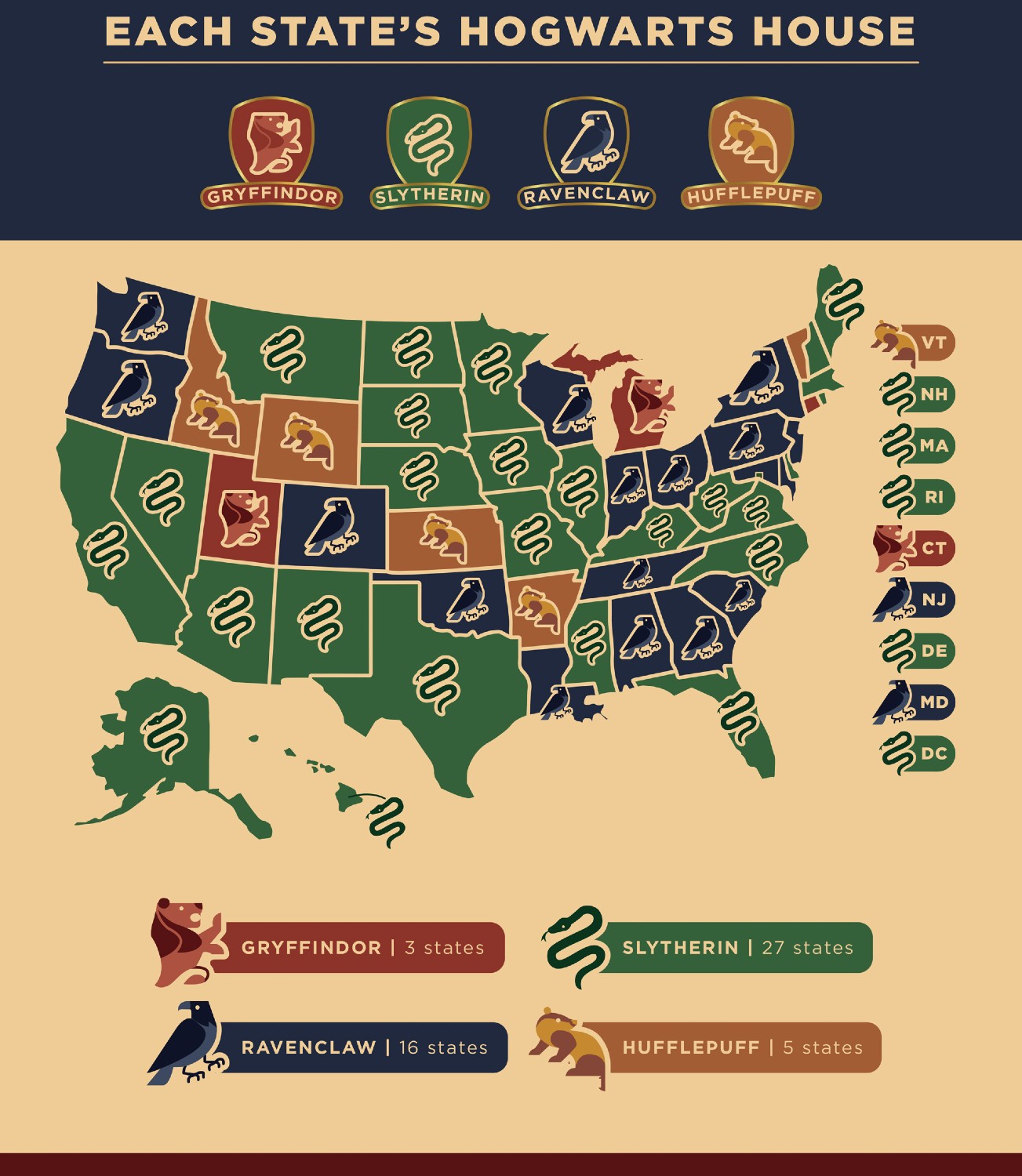 Google Trends showed DISH which Hogwarts House state residents searched for the most within the past five years. Once it gathered that information, it polled 1,000 fans about where they believe their state belongs, where they wished to be Sorted versus the House they were actually Sorted into, and how they felt about where they were Sorted.

Interestingly, it found that overall, people agreed with where their state would be Sorted based solely on Google Trends. It also found that those Sorted into Gryffindor and Slytherin mostly enjoyed their House. However, Ravenclaws had the most neutral response to their House (like true Ravenclaws), while most Hufflepuffs were disappointed with their Sorting. 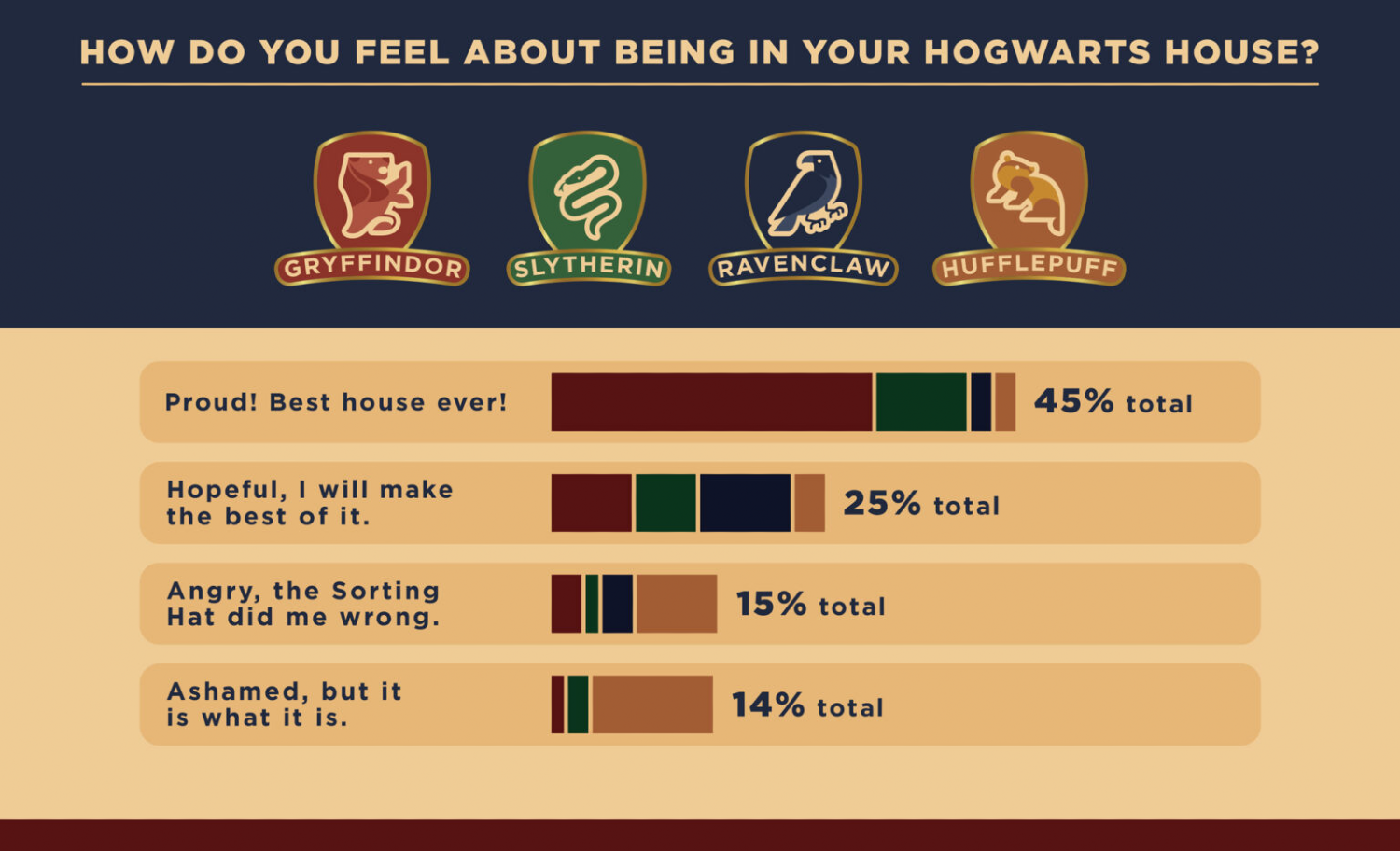 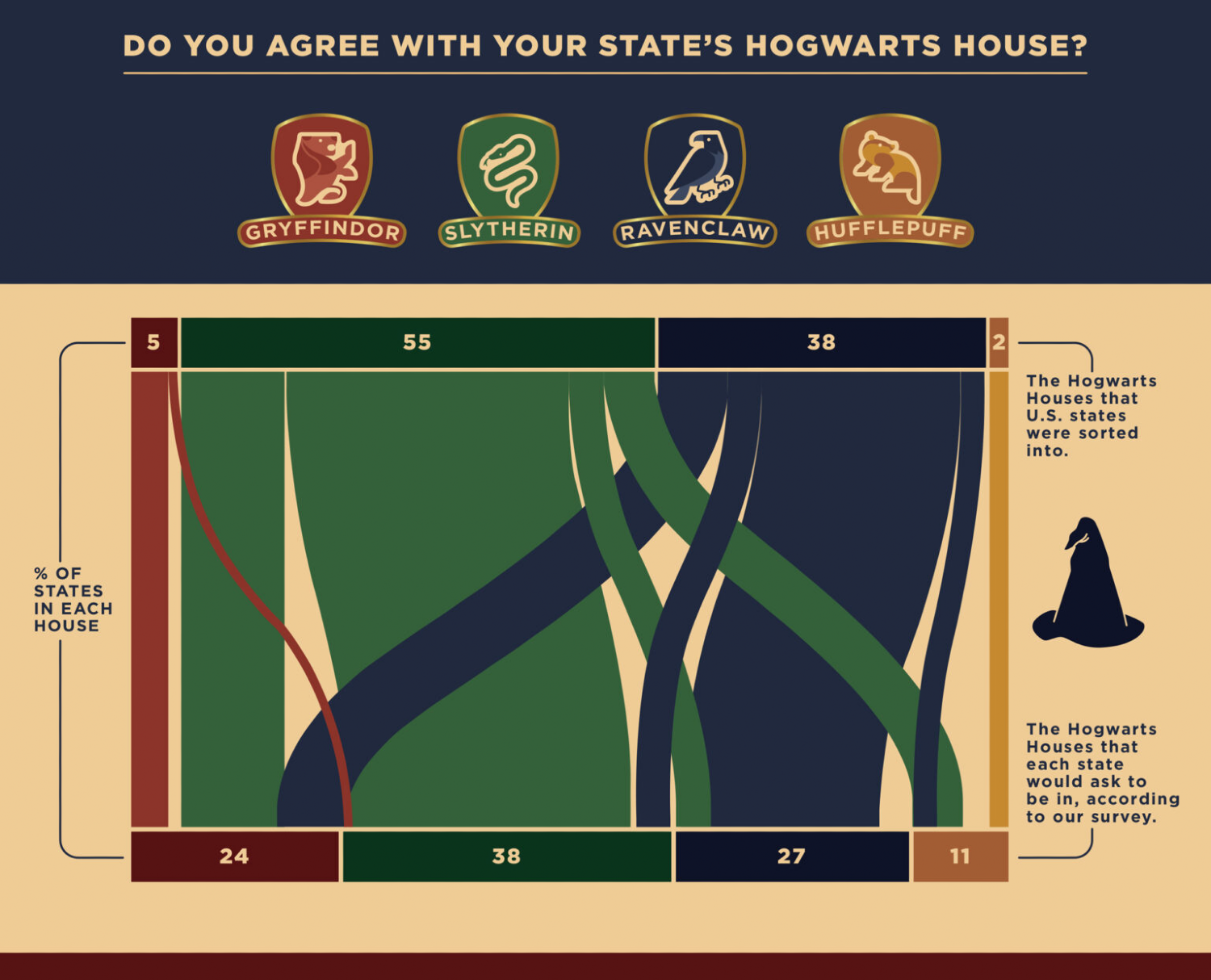 So do you agree with your state’s House? Do you wish it were a different House? No matter where the Sorting Hat placed you and your state, it’s important to remember that all Houses are equal. Each House has its good and bad qualities. So remember to sport your House with pride.