As we head toward fall, we can look forward to cozy evenings with a mug of hot cocoa and a Harry Potter film alongside these exciting upcoming Potter-inspired events.

Head to the Creature Conservancy in Ann Arbor, Michigan, between September 23 and 25 for a weekend of Potter-inspired fun. 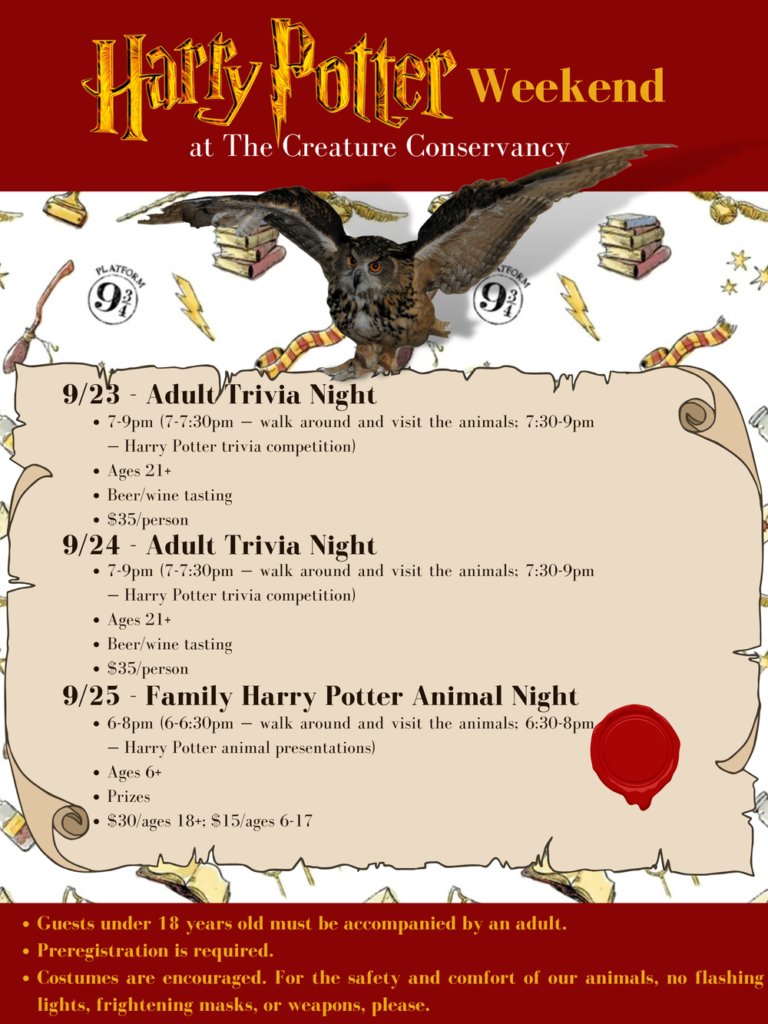 Tickets cost between $15 and $35 for each event, and online preregistration is required.

On October 9, Daniel Radcliffe and Al Yankovic will be at New York Comic Con talking about their upcoming film, Weird: The Al Yankovic Story.

The stars will be there alongside Radcliffe’s co-star Evan Rachel Wood and the film’s director, Eric Appel, and they will talk about the “outrageously epic” film, which is set to hit streaming on November 4.

Taking place at the Royal Ontario Museum in Toronto, Ontario, Canada, on October 28 is ROM After Dark: Fantastic Beasts, a “Halloween spooktacular” event that also includes access to the exhibition Fantastic Beasts: The Wonder of Nature.

This is one of the museum’s popular after-hours ROM After Dark social events that are taking place over six Friday evenings in the coming six months. The events feature performances and music, gallery access, and a night out with a selection of themed refreshments and food.

The event is for those aged 19 and over, and tickets, which can be booked online, cost $30, with ROM members getting 10% off.