Dobby’s Grave Is Safe for Now

Harry Potter fans will be relieved to find out that Dobby’s grave, which is situated on a Welsh beach in Pembrokeshire where Dobby’s death scene was filmed in Harry Potter and the Deathly Hallows – Part 1, has been saved for now. 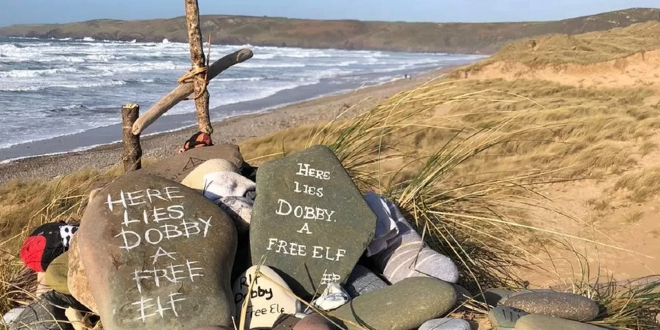 The beach is managed by the National Trust and is a protected conservation area, home to an array of wildlife, including lizards, rare ground-nesting birds, seals, and some of the world’s largest populations of seabirds living in the surrounding areas.

Earlier this year, the National Trust put forward its concerns for the area, highlighting the issue of high visitor numbers (the beach has over 750,000 visitors each year, meaning its capacity is regularly exceeded) and the pollution that comes from Potter fans leaving their stones and socks. These painted stones can end up harming marine wildlife if chips from the paint enter the water, and if the socks end up getting washed out to sea, this will create even more pollution in the oceans. 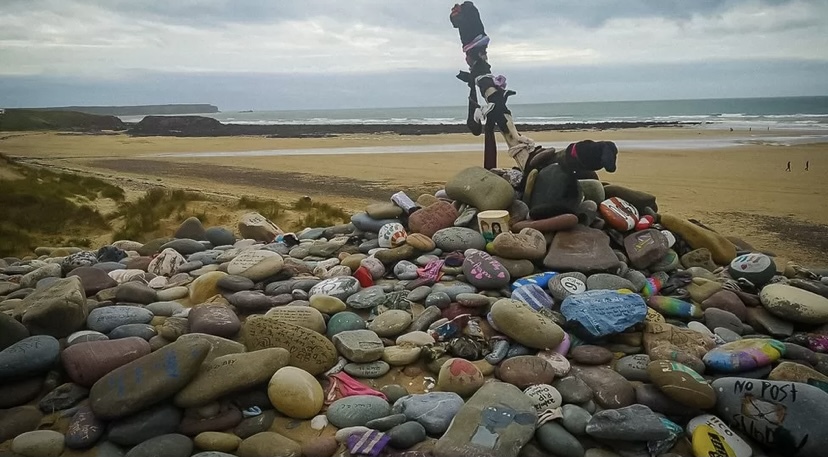 The National Trust, therefore, distributed a survey, asking locals about the area and what could be done to improve it. This included asking respondents whether Dobby’s grave should be moved to a “suitable publicly accessible location off-site.”

The beach is a fan favorite for lovers of Harry Potter; it is a goal for any Potterhead to go visit the locations at which the Potter movies were filmed, and many people claim their favorite character is Dobby. Therefore, his untimely and very sad death means many wish to visit the filming location to pay their respects to him.

The thought of Dobby’s grave being moved to a different location altogether would be sure to upset many fans.

But for now, Dobby lovers can rejoice because a consultation by the National Trust Wales concluded that his grave can remain on the Pembrokeshire beach for now. The National Trust is, however, urging visitors to help protect the environment by not leaving items there.

Based on the consultation results, the memorial to Dobby will remain at Freshwater West in the immediate term for people to enjoy.

The trust is asking visitors to only take photos. Items like socks, trinkets, and paint chips from painted pebbles could enter the marine environment and food chain and put wildlife at risk.

We, along with we’re sure many Potter fans, are very relieved to hear this news and to know that for now, fans will be able to continue paying their tributes to Dobby and the Harry Potter series at this special location.