Dobby’s Grave Could Be Moved from Its Current Location

The gravesite of one of Harry Potter‘s most beloved characters has become a must-see attraction for many fans, but after a recent survey by the National Trust, we don’t know how long the site will remain. The Trust has previously removed a statue of Dobby from the grave due to environmental concerns, but now the entire site may be relocated.

The grave is currently on Freshwater West Beach in Pembrokeshire, Wales, which is where the house-elf’s death scene was filmed. Fans have been leaving tributes and gifts at the grave for Dobby, including socks and intricately painted rocks. A local fan said in an interview with the BBC that “there needs to be something that will please the fans yet keep the beach looking beautiful because it is a stunning beach.” She also described how the site is “so beautiful to see” and explained how she believes that “if they took the grave away, fans are just going to build another one because there'[re] millions of them.” Other fans have been less willing to accept this possible fate, posting on social media that “removing it is pointless” because “people will still visit there” and asking the Trust to let “Dobby rest in peace.”

The survey sent out by the National Trust closed yesterday. It asked 30 questions about the general area and what locals believe could improve it. This included two questions about the grave and whether it should be transferred to what the Trust called a “suitable publicly accessible location off-site.” It also explained its reasoning for possibly moving the site, stating that “the increase in numbers does mean its facilities and infrastructure are under even more pressure” and that the survey was conducted in order to “understand the issues in more depth” and “consider options for a sustainable future.” 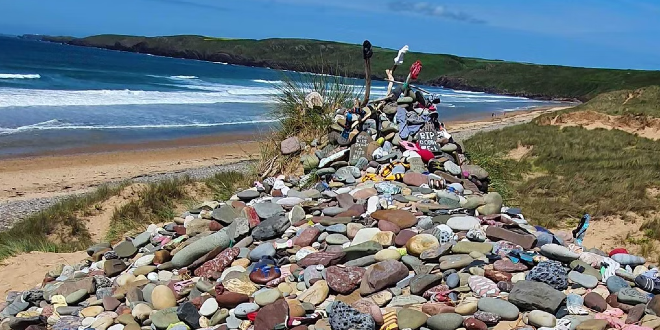 While the survey closed yesterday, we don’t know when the results will be out, or how much longer the site will remain where it is. Have you ever visited the grave, and if so, what tribute did you leave to our favorite house-elf? Let us know in the comments below.